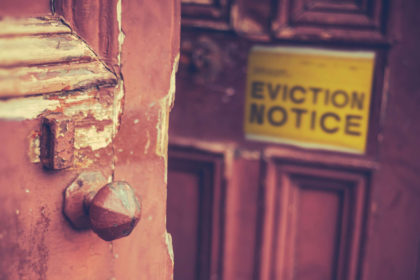 This article examines what “squatter rights” are in the context of the South African Law of Landlord and Tenant, in relation to both commercial and residential property.

What is a squatter?

A squatter is any person or organisation that continues to occupy a property when they have no legal right do so. This could include a person who whose lease has come to an end but refuses to move out, a person who has sold the property to another but even after transfer has gone through, refuses to vacate, or even persons who invade land that is owned by someone else and build their homes on this land without the permission of the owner.

Many people think that squatters have a legal right to occupy a property indefinitely.  This may have resulted from the hype created by the media around how difficult it can be to evict squatters.

Happily though, this is a misconception.  Although it can in some situations be difficult to evict squatters,

no person or organisation has any right in terms of our law to occupy property against the permission of the owner unless this is sanctioned by a court.

However, be they people or businesses, squatters have the right not to be forcibly removed from a property by the land owner without an order of court.

This is to ensure that the constitutional rights of the squatter, to dignity, equality and the right to a home and to property, are not violated.  Our courts frown on “self-help” (which is regarded as a form of vigilantism) and when a landlord “takes the law into his own hands” and forcibly removes an occupier from a property, this violates the rights of access to the courts of the occupiers, and their rights to “have their say” in a court and bring any relevant considerations to light that might cause a court not to grant the eviction, or to grant the eviction on certain terms that it otherwise would not have.

As explained above, the law does not allow persons to unlawfully occupy property. However, it does require that when unlawful occupiers are evicted from a property, the landlord act in a way that is fair and lawful and that the eviction happens only after an order of court authorising same is granted setting out how the eviction is to take place. There are many laws that protect an unlawful occupier from being forcibly removed from a property in a manner that would offend the unlawful occupiers’ rights to property, family life, dignity and equality. Only some of the most important rights will be canvased in this article, as there are so many and a full exposition of these would require a thesis.

Although squatters do not have the right to unlawfully occupy property, they do have the right to be evicted only after an order of court has been granted, which sets out the terms upon which the eviction can take place in order to ensure that it is just and equitable.

What is “just and equitable” depends from one situation to the next, so consult with your attorney if you require advice on how to go about dealing with unlawful occupiers.