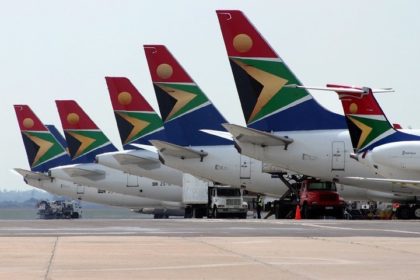 By Lindokuhle Mashilo and checked by Kirsten Chetty

This case was an appeal to the Labour Appeal Court (“LAC”), against the whole judgment of the Labour Court (“court a quo”) wherein it was held that the business rescue practitioners’ (“BRPs”) conduct, in issuing a notice in terms of section 189(3) of the Labour Relations Act 66 of 1995 (the “LRA”), was procedurally unfair and for that reason was to be withdrawn.

On or about 5 December 2019, South African Airways (“SAA”) was placed under voluntary business rescue with the second and third respondents being appointed as the BRPs. On 9 March 2020, the BRP’s issued a notice in terms of section 189(3) of the LRA in order to commence with the mandatory consultation process required for the retrenchment of employees for operational requirements (the “Notice”). The Notice was issued without a Business Rescue Plan (the “Plan”) having formally been adopted or communicated to the affected persons, which included the employees. The effect of the Notice was that for a 60 (Sixty) day period SAA was precluded from issuing any notice of termination of employment. On 19 March 2020, the Presidents declared a national state of disaster due to the Covid-19 pandemic, which prompted the BRPs to issue a supplementary Notice addressing the changed circumstances and the consequential impact on the aviation industry. Under the circumstances the BRP’s contended that the delay in presenting their Plan was due to the nationwide lockdown which ensued.

The National Union of Metal Workers of South Africa and the South African Cabin Crew Association, on behalf of its members, refused to participate in the section 189 consultation process and on 30 April 2020 proceeded to launch an application which sought a declarator, inter alia, that SAA and the BRPs’ issuing of the Notice was unlawful, alternatively unfair due to the fact that the Plan had not been presented to employees as contemplated in section 144(3)(d) read with section 150 of the Companies Act 71 of 2008 (“Companies Act”). In addition to this the union sought to have the Notices withdraw, failing which they requested that the consultation process be suspended until such time as the Plan has been presented to the employees.

In response to this, the BRP’s alleged that they had to assess the implications of Covid-19 on SAA’s business and revise the proposed restructuring options they had previously identified. As such, on 12 March 2020 the BRP’s requested an extension for the publication of the Plan to 29 May 2020, which was granted. The Plan was eventually published on 16 June 2020.

Under the circumstances, the court a quo held that there was complete protection against the employees’ dismissal during the business rescue proceedings and found that the present dispute implicated the right to fair labour practices as enshrined in the Bill of Rights. Ultimately, the court a quo found that section 136 of the Companies Act did not empower a BRP to retrench employees in the  absence of a Plan. As such, the court a quo held that the issuing of the Notices in terms of section 189(3) of the LRA, to commence with consultations, was premature and amounted to procedural unfairness, while directing that the Notices be withdrawn.

THE GROUNDS OF APPEAL

On appeal to the LAC, the appellants contended that the court a quo erred in reaching its decision on the following grounds:

As far as the interpretation of section 136(1)(b) of the Companies Act is concerned, the LAC reiterated that the main objective of a business rescue is to provide for the efficient rescue and recovery of a financially distressed company, while balancing the rights and interests of all relevant stakeholders, which includes that of employees.

The LAC found that business rescue contemplates the entire company being restored, and not only part thereof, which naturally demands the preservation of jobs. It is against this backdrop that section 136 of the Companies Act ought to be construed. The right to fair labour practices, as envisaged by the Constitution, requires that the rights and interests of both the employees and employer be protected. As such, employers’ rights to reorganise and manage their businesses must be protected in the same vein as employees’ right to job security. Therefore, during business rescue proceedings the need to retrench, in terms of section 189 of the LRA, must be rooted in the Plan. Notwithstanding this, there is no reason in law why the BRPs could not unilaterally offer voluntary severance packages to the employees under such circumstances.

On the issue of jurisdiction, the BRPs argued that the court a quo had no inherent power to intervene in business rescue proceedings on the basis that section 133(1) of the Companies Act intended to allow a company in distress an opportunity to be restored by temporarily placing a moratorium on legal proceedings and enforcement action in any forum. Notwithstanding this, the LAC held that following the argument advanced by the Union, that this application was brought in terms of section 189A of the LRA, it appears that the court a quo was accorded a proactive and supervisory role in relation to retrenchment processes, with powers to intervene where necessary. Accordingly, a consulting party may approach the Labour Court for an order compelling an employer to comply with a fair procedure in terms of section 189A(17) of the LRA.

The decision reached by both the court a quo and the LAC, confirm that when business rescue proceedings have commenced it is only with the adoption and presentation of a Plan that retrenchments contemplated in terms of section 189 of the LRA can be effected.

Both the Labour Court and Labour Appeal Court, were faced with the legal question as to whether a business rescue practitioner can commence with retrenchment proceedings, in terms of section 189 of the Labour Relations Act 66 of 1995, prior to the adoption of a business rescue plan as contemplated in terms of section 150 of the Companies Act 71 of 2008.