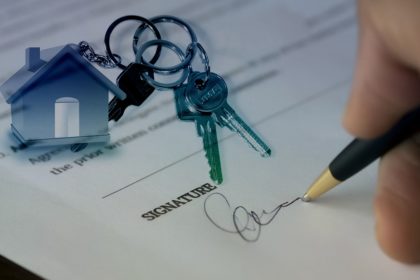 By Kyle Venter and checked by Lauren Squier

The Applicant in this matter is Mr. Mlungisi Ndoda Sontsele (“the Lessor”), who is the registered owner of Erf 83, Flagstaff (“the Property”) together with his mother who has usufructuary rights over the Property.

The First Respondent is 140 Main Street, Kokstad Properties CC, a close corporation duly incorporated and registered in terms of the Close Corporations Act 69 of 1984 (“the Lessee”).

The Second Respondent is Nedbank Limited, a bank duly registered and incorporated in terms of the banking laws of the Republic of South Africa and registered as a credit provider as defined in section 40 of the National Credit Act 34 of 2005 (“Nedbank”).

The matter at hand concerns the option to renew in relation to a notarial agreement of lease between the Lessor and Lessee.

On or about 8 August 2013, the Lessee addressed correspondence to the Lessor giving notice of its intention to exercises its right to renew the agreement of lease for the first renewal period of nine (9) years and eleven (11) months, commencing on 1 June 2014 and expiring on the 30 April 2024. The notice was silent as to the commencement rental for the renewal period the Lessee however remained in occupation of the property until after 31 May 2014. According to the Lessee, it applied a 20% increase to the rental amount, to be paid in the last month of the first rental period which was paid to the Lessor and an annual market related inflationary escalation factor of 8% on top of the previous rental amount, which increase did not meet the Lessor’s approval and when further negotiations between the parties failed to yield any desired outcome, the Lessor’s attorneys proceeded to terminate the lease agreement which was now argued to operate on a month-to-month basis. They subsequently afforded the Lessee two (2) month notice in which to vacate the property, failing which further legal action would ensue.

Following the above, the Lessee’s attorneys tried to invoke clause 2.2.3 of the agreement of lease by having a third party appointed to determine the rental escalation payable in such an instance where the Lessor and Lessee could not agree to an amount, however, the Lessor nevertheless proceeded to obtain an order against the Lessee declaring that no renewal of the lease had taken place and that the lease was subsequently cancelled owing to a lapse in time.

The court a quo found in favour of the Lessee and subsequently dismissed the Lessor’s claims that the lease had not been renewed. The Honourable Judge Lowe was of the opinion that the notice provided by the Lessee as required by the agreement of lease brought into operation a peremptory obligation to attempt to reach agreement in good faith on the rental provisions applicable. The Lessor was afforded leave to appeal.

On appeal before the learned Judge Ponnan, the Judge expressed his disagreement with the court a quo’s reasoning that the application should have failed. Relying on the judgment of Kessler v Krogmann 1908 TS 290, Judge Ponnan reintegrated the essentials of a contract of lease, being that there (1) must be an ascertained thing and (2) a fixed rental at which the lessee is to have use and enjoyment of that thing. The learned judge, argued that while the option to renew was exercised within the required period that this was not enough to sustain the agreement of lease and the Lessee’s failure to satisfy the second portion of the condition, namely the fact that there was to be an agreement regarding the rental consideration, that no renewal came into operation because the essential element surrounding agreement of rent could not be satisfied.

In respect of the third condition, regarding the referral of rental consideration to a third party the learned Judge refused to entertain any discussion therein and argued that when the parties failed to reach agreement on the rental in accordance with clause 2.2.2, the Lessee’s reliance on clause 2.2.3 would fall away as reliance thereon was made once the lease had already been terminated owing to effluxion of time and as such rendered in unnecessary to consider whether the clause was capable of creating legally enforceable obligations.

1. The appeal be upheld with costs, including those of two counsel.

2. The order of the court a quo is to be set aside and replaced by:

This case illustrates that where parties to a lease agreement are unable to agree to the rental consideration as required by the lease agreement that such lease can be terminated by effluxion of time.

There must a proper appreciation shown for the essentialia of a contract of lease, of which rental consideration is one of them.