Smoking in Sectional Title Schemes and Other Community Schemes 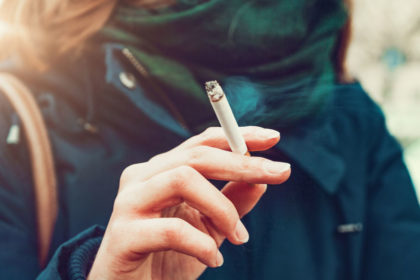 The Corona virus (“COVID-19” or “the virus”) outbreak has changed many facets of our lives. In terms of Regulation 11B to the Disaster Management Act 57 of 2002 (“the Regulations”), from midnight on Thursday 26 March 2020 until Midnight on 16 April 2020, a countrywide lockdown has been implemented and all South Africans are required to stay at home. While this lockdown was necessary to prevent further spread of the virus, there are a few issues which are sure to either arise, or become more prevalent, as a result thereof.

In this article, we discuss smoking (with regard to cigarettes smoking, cannabis smoking, vaping and even braaiing) in sectional title schemes specifically,  in relation to the respective body corporate rules, the Sectional Title Act (“STA”), the Sectional Title Schemes Management Act (“STSMA”), the STSMA Regulations, and the common law position or approach to  nuisance and neighbour law.

Apart from what is unique to sectional title schemes, by virtue of the relevant legislation, the majority of this article will ordinarily find relevance to other types of community living arrangements with slight modification (for example, a landlord of a block of flats might have house rules that perform the same function as the sectional title schemes  rules, or the Memorandum of Incorporation of a Home Owners Association (“HOA”) or share block company might include similar provisions governing an HOA or share block company). It is always best to check with an expert in this field of law if you are uncertain of the applicability of any portion of what follows.

Generally Applicable Smoking Laws in South Africa Smoking of tobacco products in South Africa is generally governed and regulated by the Tobacco Products Control Act (“TBCA”/“the Act”). The TBCA was designed to regulate, among its other intended functions, smoking in public places. The Act defines “public place” as “any indoor, enclosed or partially enclosed area which is open to the public, and includes a workplace and a public conveyance.”

There are a number of other acts and/or regulations or rules which could also apply. The National Environmental Management:  Air Quality Act also regulates air pollution, and this Act expressly defines air pollution as including smoke. In terms of this Act, there may also be provincial regulations gazetted which regulate smoke.  Municipalities might also regulate smoking in certain jurisdictions (areas in which a particular system of laws has authority) by way of their by-laws. This is jurisdiction dependant and you might need to check with us if you are unable to find the information you need on the Municipality’s or Province’s website.  In the future, smoking may be regulated, in addition, under the Act previously mentioned as an ‘offensive odour’, which would make it an activity that the Minister may prescribe regulations in relation thereto.

Generally, the first port of call to establish what would apply in any particular sectional title scheme would be the conduct and/or management rules (“the rules”) of that scheme. The rules of a scheme would regulate an owner’s or occupant’s conduct with regard to the section occupied by the person and the use of the common property by the person.

As the Prescribed Management and Conduct Rules (which apply in the absence of the developer or Body Corporate amending them) do not contain any restriction on smoking, for smoking to be prohibited in a sectional title scheme, the members would have to adopt a rule that prohibits or would restrict owners or occupants from smoking on common property or certain parts of the common property. It would arguably be lawful for such a rule to be implemented by majority vote, as the Body Corporate may, by law, regulate the activities of persons in relation to the common property.

However, a rule that would prohibit or restrict an occupant from smoking within their own section would be unenforceable and infringe on their rights, and could not lawfully be passed by the Body Corporate. It is interesting to see what our courts would think of a no-smoking rule burdening the owners/occupants of units in relation to the inside of the units themselves (as opposed to common property) when imposed by a developer when the scheme is developed.  It is presumed that such a rule would be upheld as lawful (even though it is very restrictive of the rights of owners/occupiers) provided that the developer had declared its intention to include such a rule in the scheme’s governing documents at the time of sale of the units in the scheme, as, in such an event, the purchasers would have purchased knowing about the rule and agreeing to be bound thereto.

Smoking as a “nuisance” in terms of the Rules

While it may not be enforceable to prohibit owners, or the occupants, from smoking within their unit, it is necessary to understand that smoke (whether it be from tobacco, cannabis, vaping or braaiing) is not something which will stay in one place and could affect the common property or other sections within that scheme. In sectional title schemes, an owner of a section, or the occupant of it, will have certain rights and obligations in respect of their section, any potential exclusive use area (“EUA”) and the common property. The aim of these rules is to ensure that one person’s use and enjoyment of the property does not impede on another’s.

Therefore, escaping smoke, or rising smoke of any nature, that can enter into certain parts of the common property (such as hallways), or can enter into the sections of neighbours, might be considered a nuisance or an act that causes a material negative effect on others in the scheme. Such smoke can cause, or aggravate, certain health issues of neighbouring occupants, specifically respiratory issues. In light of the COVID-19 outbreak, this is particularly problematic for those who present the symptoms which relate to respiratory functions. So, whilst a body corporate of a scheme could not prohibit smoking within the unit, it could be possible for the trustees of a scheme to  enforce a no-smoking policy, even within the units themselves, on the basis of these provisions of the Acts, if it is shown that the smoke could have a material negative effect on neighbouring occupants’ health.

However, it is necessary to issue a cautionary note to trustees:  for this to be lawful, the trustees would have to be convinced that the impact is material – not frivolous – and is very negative and harmful to the aggrieved persons, as enforcing the Acts in this way causes a limitation of the rights of the owner/occupier of the unit in question and, if it is not reasonable and justifiable in an open and democratic society, this limitation, if challenged, would be found to be an unconstitutional violation of such person’s right to property within the meaning of section 25 of the Constitution.

Cannabis use in sectional title schemes

Since the 2018 Constitutional Court ruling which decriminalized certain personal uses of cannabis, the issue of cannabis use (specifically in sectional schemes) has become a little more complicated pending the legislation which will specifically regulate such use.

The ruling of the court specifically decriminalised personal cannabis use, such as smoking or ingesting, at home/at a private residence. In a sectional title scheme, the proximity of neighbours is potentially problematic when determining the impact of this ruling, and this is complicated by the unique nature of common property and EUAs in sectional title schemes. Thus, while an owner or occupant of a section could potentially smoke cannabis within their unit lawfully, it may not be legal to smoke cannabis on the common property, an EUA  or even within your own unit if the smoke escapes and affects others. Further, as an example, if the balcony of a section is an exclusive or common property, then smoking cannabis on the balcony would arguably not be lawful.

It must be noted that personalized cannabis use is now constitutionally protected to an extent, and thus body corporates or the owners living in sectional title schemes cannot prohibit the use of cannabis within an owner’s section if their use is not harming anyone else.

In the same manner as tobacco smoke, vape smoke or braai smoke can be restricted to an extent, so too can the smoke from smoking cannabis. Therefore, in terms of the STA and STSMA, it is possible to restrict same where such smoke would materially and negatively impact other owners or occupiers living in the scheme. It is always important to remember that owners are obligated in terms of the legislation, and usually in terms of the body corporate  rules, to ensure that the use of their section and or EUA is used in manner which does not cause a nuisance for any other owner, or materially and negatively affect then.

Nuisance can be defined as “conduct whereby a neighbour’s health, well-being or comfort in the occupation of his or her land is interfered with.” Nuisance is prohibited by our common law relating to neighbours, which applies to all property in South African regardless of the manner in which it is registered or its physical layout.. In the case of Holland v Scott, it was held by the court that for a nuisance to be considered actionable, it must be:

“more than fanciful, more than one of mere delicacy or fastidiousness; that it was inconvenience materially interfering with the ordinary comfort, physically, of human existence, not merely according to elegant or dainty modes and habits of living, but according to plain and sober and simple notions”

Therefore, where an owner or occupant of a property conducts themselves or uses their property in such a way as to cause a nuisance to neighbouring properties and the occupants thereof, it would be possible to rely on the remedy of interdict obtained in terms of neighbour law.

An interdict can be either prohibitory or mandatory in nature. Broadly speaking, a mandatory interdict is used to force someone to act in a certain manner, or to do something. Conversely, a prohibitory interdict is used to force someone to cease doing something, and to stop same in future. In order for an interdict to be relied on, there are three requirements which must be met. The first requirement is that there must be a clear and established right, the second is that this right must be adversely affected or there must be a real threat that the right will be adversely affected, and the third requirement is that the interdict must be the last available remedy. Should these requirements not be met, a court will refuse to grant an interdict in favour of the applicant.

While it is possible to rely on an interdict, it is unlikely that such an application will be successful for the issue of smoke, be it tobacco, vape, braai smoke or cannabis, in the cases of freehold titles or the like where the smoke would be unlikely to substantially affect neighbours, in that it would most likely dissipate in such open areas. Further, it is necessary to note that during the current lockdown, courts will not entertain such issues and any application on such basis may result in punitive measures.

When it comes to the rights of owners, specifically owners of sectional titles, it is important to be aware of the rules, regulations, and legislation that are applicable thereto.  One must also consider national legislation (including the Constitution) and neighbour law when dealing with these controversial issues. These issues tend to be quite complicated, specifically because the fundamental and constitutional rights of people are involved.

Therefore, should you find yourself facing such a challenge, a related challenge, or any other legal issue, please feel free to reach out to us here at Schindlers Attorneys.