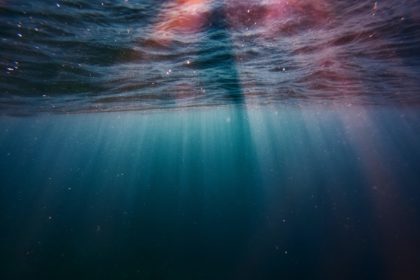 We often see sectional title schemes that have had suffered substantial losses as a result of water leaks, which have resulted in the body corporate becoming liable to the municipalities for hundreds of thousands of Rands, if not millions, as a result of a problem that the body corporate did not know existed. This happens most commonly when the leaks occur underground and there is no visible leak above ground, meaning no reasonable person could have become aware of the leak from an inspection of the meter or ground.

There is, however, a way to prevent a body corporate from being stuck in hot water and in financial distress as a result. This comes in the form of optional water leak insurance provided for in terms of the prevailing legislation. The Sectional Title Schemes Management Act (“the STSMA”) places an obligation on the trustees and members living within a sectional title scheme to insure the buildings in the scheme to a required standard. This sounds simple enough. However, we have found (in practice) that many schemes battle to insure their buildings to the required standard, due to many insurers’ unwillingness to accept certain items of risk.

This article will examine the duties of the members and trustees within a scheme when it comes to the issue of mandatory and voluntary insurance in relation to damage/loss as a result of burst pipes and water leaks.

Must a Body Corporate Insure Against Water Escape?

First and foremost, it is important to understand that a body corporate consists of every member that owns property within a sectional title scheme. Trustees, on the other hand, are voted in by the members at an annual general meeting, to act for and on behalf of the members of the scheme in relation to, amongst other things, the running, maintenance and administration of the scheme.

The STSMA requires the body corporate to insure all the building/s at the scheme and keep them insured to the replacement value against fire and any other such risks that may be prescribed. Furthermore, body corporates may insure against other risks that the members of the scheme may require by way of special resolution (which is 75% of the members present at a meeting having obtained a quorum).

It is not mandatory for a body corporate to take out insurance against loss/damage caused by water escape (including liability for charges flowing from the bursting and overflowing of water tanks, pipes and related apparatus). This type of insurance is discretionary.

The problem comes in when schemes are slapped with massive bills (sometimes in the millions of Rands) when no one was even aware that there was a leak in the first place. Even more problematic is that many insurers decline to provide cover for the escape of water, due (presumably) to the high nature of the risk, and this type of cover is relatively hard to find.

Michelle Vivian, a broker and specialist in short term insurance working as part of the Wealth Associates Group, advises that, while many insurers do decline cover for the water leaks, that she has sourced and built relationships with insurers that will accept the risk and allow members of a body corporate to rest easy knowing that their investments are safeguarded.

Vivian further advises that she deals with various reputable insurers who deal specifically with the needs of sectional title schemes and have tailor-made their policy documents to suit same.

The Importance of Maintenance of Pipes/Cables

Although the above answers one element of the problem (as there are now insurers willing to insure the risk itself), the reality is that many burst pipes occur due to the direct result of wear and tear and cover for damage/loss from burst pipes/water leaks would ordinarily be excluded if this occurred as a result of a lack of maintenance, rather than as a result of factors beyond the control of the insured.

The Role of Trustees in Water Loss

Although cover in respect of the bursting and overflowing of water tanks, pipes and related apparatus is discretionary, no one wants to get an unexpected statement (for charges owing to a municipality as a result of a burst pipe and/or water leak) and to be forced to raise a special levy to fit the bill.

The trustees of a sectional title scheme stand in a fiduciary relation to the scheme and the members of it. They are required at all times to act in the best interest of the scheme and can, in certain instances, be held personally liable for their intentional or negligent conduct which causes damage to or prejudices the scheme. While it is highly unlikely that trustees would be held personally liable for failing to take out discretionary water loss insurance, it is, nonetheless, advised that they consider doing so, as the cost-benefit analysis (the relatively minimal monthly insurance cost, compared to the millions that might be saved if a leak or burst pipe occurs) makes the utilization of this particular type of insurance highly recommended. This might be even more important in areas in which the pipes are very old and brittle, having been installed many years ago, or areas in which there are frequent burst water pipes/mains due to municipal issues.

It is imperative for sectional title members to know and understand their rights and be aware that, on the one hand, the mandatory insurance requirements placed on the trustees by law do not require water leak/burst pipe insurance, but on the other hand, that the relatively small cost of insuring against it might be the saving grace of the scheme if such a leak/burst pipe does occur and is not detected resulting in millions of Rands of loss. The trustees ought to weigh up their fiduciary duties to the scheme when considering whether to take out this discretionary type of insurance, bearing in mind that their obligation, overall, is to manage the scheme’s day to day affairs and adequately insure it.