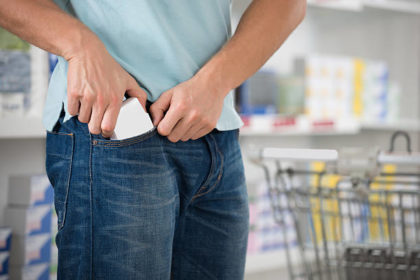 On 29 April 2020, the accused, namely Sergio Baron stole 8 (eight) chocolates to the value of R71,92 from Shoprite in Ceres. After his rights to legal representation were explained to him, he elected to conduct his own defence and pleaded guilty to the charge of theft. In the court a quo, on 28 September 2020, the accused, was convicted on one count of theft and he was sentenced to a period of 12 months’ imprisonment. The court a quo took into consideration as an aggravating factor that the accused failed to adhere to the lockdown regulations, contravening section 11B (1) (a) of the regulations issued under section 3 of the Disaster Management Act 57 of 2002, published in the Government Gazette number 11062 dated 25 March 2020 and had committed an offence for which he was not charged or convicted.

The accused is a 31-year-old father of two children and is not married but stays with the mother of his children. He worked as a packer/general worker at a fruit farm earning a salary of R500.00 per week. At that stage, he did not work and he was not able to pay a fine. Despite the accused’s personal circumstances, the court a quo in imposing a sentence took into account the seriousness of the offence and the prevalence thereof. It also in particular took into consideration that the accused did not steal necessary items like food but luxury items like chocolates. Moreover, the accused had 6 previous convictions for theft and none of the sentences had the desired effect to rehabilitate the accused. The interests of society were measured and it was held that the community expects the court to impose a suitable sentence to deter not only the accused but others from committing these kinds of offences.

The High Court of South Africa, Western Cape Division (“the court”) reviewed the court a quo’s decision in terms of section 302 of the Criminal Procedure Act 51 of 1977 (“the CPA”).

The court held that “the magistrate misdirected herself in imposing a sentence of 12 months’ direct imprisonment on the accused and that the sentence imposed was disproportionate.”  The question that was considered by the court was whether stealing 8 chocolates is so serious to justify the accused’s removal from society, when clearly on the facts he did not pose a danger to society. The court held that the accused can be described as a petty thief, who is rather a nuisance than a danger to society to warrant his removal. Although the accused had been previously sentenced to 6 (six) months’ imprisonment and had a fine and a suspended sentence, it does not mean that every sentence thereafter imposed upon him should be heavier than the previous one. The circumstances and the seriousness of the offence for which he is presently before the court plays a very important role in considering the effect which the previous convictions would have in the imposition of an appropriate sentence.

It is a well-established principle that although the previous convictions of an accused play an important role in the imposition of sentence, it should not be overemphasised at the expense of the other factors and aims of punishment. An accused person may have previous convictions, however the court in considering an appropriate sentence, must bear in mind ‘that punishment should fit the criminal as well as the crime, be fair to society and be blended with a measure of mercy.’