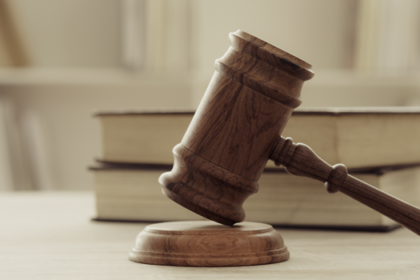 The purpose of this article is to provide the reader with a basic overview and understanding of the remedies against domestic violence and harassment.

On 13 May 2020, President Cyril Ramaphosa noted during his address to the nation that, during the period of the National Lockdown, “it seems as if men have declared war on women in South Africa.’

It was further reported by the Government’s gender-based violence and femicide command center, that more than 120 000 victims utilised the national helpline for abused women and children within the first three weeks after the lockdown started, this being, double the usual volume of calls.

In light of the above and considering the rising levels of violence in our country, it must be considered whether current legislation is sufficient to curtail domestic violence against women and children.

Accordingly, a person seeking a protection order can either apply in terms of the Domestic Violence Act, or the Harassment Act.

Protection Orders in terms of the Domestic Violence Act

A person may apply for a protection order in terms of the Domestic Violence Act, when such person (also known as the Complainant) has been in a domestic relationship with the Respondent (the person who has committed the act of domestic violence) and has been subjected to domestic violence.

Domestic violence includes, inter alia, the following acts, which cause or may cause harm to the safety, health or wellbeing of the Complainant:

The Domestic Violence Act provides the Court with wide discretionary powers. Aside from prohibiting acts of domestic violence, the Court has a range of other significant powers. These include, the power to impose certain conditions with the protection order, for example, the seizure of dangerous weapons and the collection of personal property assisted by a police officer. The Court may further order emergency monetary relief, which has the effect of a civil judgment.

An interim protection order may be applied for at a District Court (where either the Complainant or Respondent resides, carries on business or is employed) or where the act of domestic violence has occurred.

The application for an interim protection order must be applied for on Form 2 of the Annexure to the Domestic Violence Regulations, 1999.

At Court, the Complainant must complete the application form and provide an affidavit (which may be attached separately). The Clerk of the Court will sign and stamp the application and open a court file, after which the clerk will give the file to a Magistrate for his/her consideration. The Magistrate must grant the interim protection order if there is prima facie proof of domestic violence and if the Court is convinced that the Complainant will experience undue hardship if an interim protection order is not issued immediately.

On the return date, the Respondent has an opportunity to state his/her case. Where the Magistrate has directed that the matter be heard on the papers, the Respondent would file an answering affidavit before the return date, setting out the basis of his/her defence as well as the reasons as to why the interim order should not be made final, alternatively, why a protection order should not be granted against him/her. Where the Magistrate has so directed, both the Complainant and Respondent would lead oral evidence, call witnesses and be subject to cross-examination at the hearing on the return date.  The Court will only grant a final order if convinced, on a balance of probabilities, that the Respondent has committed an act of domestic violence.

With the granting of both the interim and final protection order, a warrant of arrest is issued simultaneously but suspended, subject to compliance with the interim order.

In the case of a breach, the Complainant must submit the warrant of arrest to the police and provide an affidavit setting out the breach. The police will then arrest the Respondent if there are grounds to suspect that the Complainant will suffer imminent harm. If no risk of imminent harm exists, the police shall hand a notice to the Respondent mandating him to appear in court. The charge is effectively one of contempt of court and the offender will appear before a criminal court.

A Complainant may apply for a protection order in terms of the Harassment Act, if he/she is subjected to harassment. Harassment is defined as an act which causes harm or a belief that harm will be caused which includes:

It is important to note that no domestic relationship is required to obtain an order in terms of the Harassment Act.

The procedure for obtaining a protection order in terms of the Harassment Act closely resembles the procedure set out in the Domestic Violence Act.

The Domestic Violence Act is best suited when the identity of the Respondent is known and a domestic relationship exists, since the court has wider powers.

Although the current legislative measures provide assistance to victims of domestic violence and harassment, we are of the opinion that President Cyril Ramaphosa is correct, in that, the need for lockdown Regulations must be structured in a manner where ‘a woman can leave her home to report abuse without fear of intimidation or further violence.’

On 14 May 2020, Government Notice 534 (“Directions”) was published, providing for a once-off movement of persons between provinces, metropolitans or districts during the period of Lockdown Level 4. In terms of paragraph 2(2)(a)(ii) of the Directions, such once-off movement is allowed where it is  necessitated due to incidences of domestic violence, provided that such person obtains a permit from the head of court or the station commander of a police station (which corresponds with Form 1 of the Directions), which indicates the persons who are part of the household who will be required to move and have in his/her possession a domestic violence order. It would appear that the Level 3 Regulations fail to provide for the movement of such persons, however, we are of the view that given the relaxation of the Regulations, in general, one would be entitled to permitted to move in circumstances where you have been a victim of domestic violence.

Should you require assistance in obtaining a protection order or need advice regarding any of the procedures referred to above, our dedicated Criminal Law team shall be of assistance.