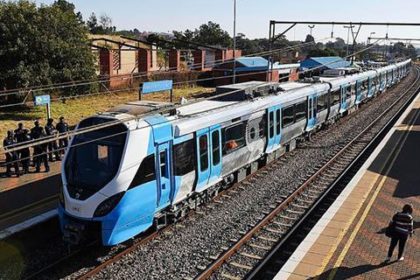 In 2019, the Labour Court (the “LC”) was tasked with reviewing an arbitration award as the applicant, Passenger Rail Agency of South Africa (“PRASA”), had averred that the Arbitrator had acted ultra vires.

The South African Transport and Allied Workers Union (“SATAWU”), representing the employees, referred a number of disputes to the Commission for Conciliation, Mediation and Arbitration (the “CCMA”). The various disputes were consolidated by the CCMA. Prior to conciliation, PRASA and the employees had concluded a settlement agreement (the “settlement agreement”) which provided for, inter alia, the appointment of fixed-term workers and the full and final settlement of all disputes between them in which they confirmed that they had no further claims against each other.

Six months later, fourteen employees referred two disputes to the CCMA whereby they sought to be declared permanent employees, in terms of section 198B of the Act and further required the CCMA to order PRASA to make retroactive compensation. PRASA raised a point in limine that the dispute had been settled in terms of the settlement agreement. The Arbitrator, in dismissing the point in, held the following:

I. the employees had never been declared as permanent employees by PRASA and were treated differently to other permanently employees;

II. the employees were not members of PRASA’s provident fund and did not receive a bonus, despite other permanent employees receiving bonuses;

III. PRASA’s difference in treatment of their employees amounted to unfair labour; and

IV. the employees were deemed to be employed for an indefinite duration since 1 April 2015, in terms of section 198B (5) of the Act.

PRASA was ordered to compensate the unpaid bonuses and past provident fund contributions, a claim worth over R35 Million.

The last issue raised was that the Arbitrator acted without authority in re the abovementioned award for compensation to the employees. PRASA argued that section 198D of the Act does not provide a commissioner with the power to “make compensatory awards as a form of ancillary relief after a declaration for indefinite employment has been made”, and therefore the
Arbitrator acted ultra vires.

The LC held that the parties were bound to the conditions as set out in the settlement agreement. As the settlement agreement had set out the manner in which disputes were to be resolved, the LC sided with PRASA that the Arbitrator lacked jurisdiction to hear this matter. Therefore, as the matter was dealt with by the Arbitrator as an interpretation and application dispute when it was not referred to him as such, PRASA’s review application had to succeed on the issue of jurisdiction alone.

With regards to the Arbitrator’s award for compensation, the LC stated that “the arbitrator could not, on the strength of section 198B, grant substantive relief to the employees in terms of remuneration and benefits. In doing so he committed an error of law and/or exceeded his powers and the award must be reviewed and set aside on this basis.”.

As a result, PRASA’s review application succeeded and the arbitration award was set aside.

The LC held that where a settlement agreement, between parties, provides the manner in which a particular dispute is to be resolved, the parties to that settlement agreement are bound thereto, should a dispute arise. The dispute referral to the CCMA, as opposed to the agreed forum, resulted in the LC setting aside an arbitration award as the Arbitrator acted ultra vires.