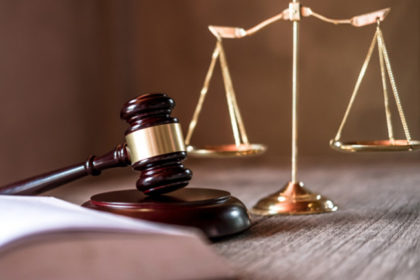 The High Court of Justice (Queen’s Bench Division Commercial Court) (the “Court”) heard a case in which P (the “Claimant”) made an application pursuant to section 68 of the Arbitration Act (the “Act”) in respect of an award made in an arbitration in which the Claimant had claimed damages against Q (the “Respondent”).

The arbitration took place in or during September 2014 and was in respect of a claim for damages arising out of a contract which was concluded in or during August 2011 between the Claimant and the Respondent (the “Arbitration”). The contract contemplated an agreement for the shipment by the Respondent of natural, organic pomegranate juice (the “Agreement”).

In the Claimant’s request for arbitration, the Claimant alleged that it had suffered a “loss of sales profit due to the supply of falsified and defective pomegranate juice by the Respondent.” The Claimant alleged further that there were test results which “showed that the juice had been diluted with water, i.e. the juice was not 100% natural, but falsified” and alleged that “the reputation of the Claimant as a supplier of 100% natural organic pomegranate juice was damaged (including and principally due to the supply of falsified water diluted juice)” (the “Request for Arbitration”).

The Claimant then further alleged that “the dilution of the juice by the Respondent could only have been deliberate and, therefore, fraudulent” (the “Reply”). The Claimant clarified in the Reply that the references to “falsified juice” in the Request for Arbitration did not form the basis of any new claim but was simply mentioned for the purpose of “(i) identifying why the purchase of the additional juice and further quantities did not occur; and (ii) clarifying that the Claimant’s principal breach of contract claim (and the main cause of its reputational damage) was the fact that the juice had been diluted”. As such, the Claimant’s claim in the proceedings remained a claim for damages as a result of a breach of contract.

Pursuant to the above, the Arbitrator held that “the Claimant had itself confirmed that it was not pursuing a claim (such as deceit or the like) based on fraud. Whether or not a breach was deliberate was irrelevant in a breach of contract of sale case.” Despite this finding, the Arbitrator did not restrict the Claimant from making arguments based on deliberate breach. Thus, the factual issue of whether any dilution was in fact deliberate would be heard along with the issues of breach.

At the preliminary hearing, the Arbitrator recorded in the partial award that “[the Claimant] argues that it is relevant to its claim that the dilution of the juice was deliberate rather than accidental because the allegedly deliberate nature of [the Respondent’s] breach was the reason why [the Claimant’s] entire business venture importing juice ‘went down in flames.”

The Arbitrator concluded that the Partial Award was factually correct and that the Claimant had not suffered a substantial injustice. The Claimant then made an application to the Court under section 68(1) of the Act.

The Court found that the Claimant would be able to argue its case fairly, notwithstanding what the Arbitrator had said in the Partial Award. The Court held that the Claimant should be permitted to rely on damage in deceit which could be dealt with at the same time as the damages for breach of contract. Further, the Court found that there would be no realistic prospect of a ‘significantly different outcome’ as a result of the findings in the Partial Award.

Thus, the Court finally concluded that it could not find any serious irregularity and consequently dismissed the Claimant’s application.

This decision confirms the position in English Law that a party to an arbitral proceeding may apply to a court challenging an award in the proceedings, but indicates that the courts will not remit, set aside or declare the award to be ineffective unless the applicant can prove a serious irregularity in the award which has or will cause substantial injustice.

The High Court of Justice (Queen’s Bench Division Commercial Court) heard a case in which the Claimant made an application pursuant to section 68 of the Arbitration Act in respect of an award made in an arbitration wherein the Claimant argued that there was a serious irregularity in the award which constituted a substantial injustice.