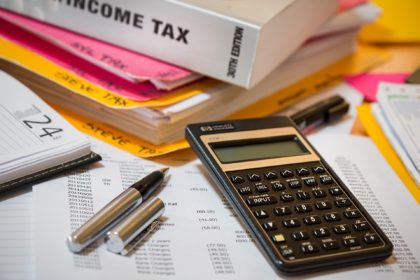 (c) while a director-

(i) grossly abused the position of director;

(ii) took personal advantage of information or an opportunity, contrary to section 76 (2) (a);

(iii) intentionally, or by gross negligence, inflicted harm upon the company or a subsidiary of the company, contrary to section 76 (2) (a);

(aa) that amounted to gross negligence, wilful misconduct or breach of trust in relation to the performance of the director’s functions within, and duties to, the company; or

The first defendant (Myeni), was the chairperson of the board of the second defendant (SAA) until 2017. A declaration of delinquency under section 162(5) of the Companies Act has the effect that a person may not serve as a director of a company for a minimum of seven years. This is, however, subject to the Court’s power to relax the order after three years, and to place the director under probation in terms of section 162(11)(a) of the Companies Act.

Accordingly, the court considered the matter of Gihwala v Grancy Property Ltd, [1] in which the SCA stated that section 162 of the Companies Act has a protective purpose. It was also stated in Gihwala that a declaration of delinquency can only be made in consequence of serious misconduct.

Where the grounds for a delinquency order have been established under section 162(5) of the Companies Act, the court has no discretion and must grant the order. The only discretion given to the court concerns the conditions that may be attached to the order.

In the aforesaid matter, it was also held that the four grounds for delinquency under section162(5)(c) all share the common feature that they involve serious misconduct on the part of the director, who grossly abuses his position where his conduct is tantamount to recklessness.

An objective and subjective standard must be applied in assessing gross negligence. This is made clear by section 76(3)(c) of the Companies Act. Objectively, Myeni’s conduct must be weighed against the standards expected of a reasonable director in her position. Subjectively, Myeni’s conduct must also be weighed against the skills, qualifications and experience she possessed. More could be expected of an experienced director, particularly a director who was on the SAA board for more than nine years and was, by her own account, a “corporate governance expert”.

Furthermore, the fact that someone is a “non-executive member” does not absolve her of any legal responsibility. The legal duties of all directors are the same. These principles were summarised in Howard v Herrigel And Another NNO, [2] where it was stated that both executive and non-executive directors are subject to the same legal duties, which include duties of care, skill and diligence.

Accordingly, Judge Tolmay considered the duties imposed on a director under the Companies Act, as amplified by the Public Finance Management Act 1 of 1999 (“PFM Act”)[3]. In terms of s 50 of the PFM Act, all directors of SAA were subject to “heightened fiduciary duties”. The said legislative instruments and SAA’s corporate policy documents formed the background against which Myeni’s conduct had to be evaluated.

The court held that, where the grounds for delinquency have been established, the court has no discretion and must grant the order. Accordingly, despite the range of benefits posed by the Emirates deal for SAA, Myeni opposed the signing of the deal.

Myeni was shown to have acted dishonestly, by stating false facts to support her stance, and grossly abused her powers in blocking the deal. Furthermore, Myeni’s explanation of her actions was nonsensical and contradictory. She had no reasonable grounds for blocking the Emirates deal and was found to have breached her fiduciary duty to act in good faith, for a proper purpose and in the best interests of SAA. The failure of the deal led to irreparable harm for SAA and the country.

The court expressed its displeasure with the conduct of Myeni in the trial. She was found to be a dishonest and unreliable witness. Her explanations for the inexplicable course of actions taken by her at SAA were unconvincing. Her conduct satisfied several grounds for delinquency.

Accordingly, Myeni was declared a delinquent director, where the court ordered that the order subsist not only for seven years, but for Myeni’s lifetime.

This case highlights the duties of directors and under what circumstances the court will order that a director has acted in contravention of such duties and can be declared a delinquent director.