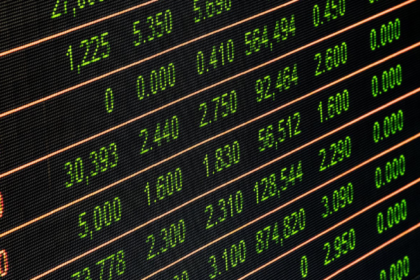 The Applicant (“Nativa”) seeks to join the Third Respondent (“Marce”) as third defendant in an action for damages allegedly suffered by Nativa as a result of a fire that broke out on commercial premises owned by the First Respondent (“Keymax”).

Nativa leased a unit from Keymax for the purposes of packaging pharmaceutical materials. The fire began in Marce’s (former) unit and subsequently spread to Nativa’s unit after a workman carried out repairs to Marces’ unit, shortly after it was vacated. Nativa initially instituted action against Keymax as it had contracted with the Second Respondent
(“Anvocon”) to carry out the repair work, and Nativa instituted a claim against Anvocon as it had contracted the workmen to perform the repairs.

Nativa did not originally cite Marce as a defendant. Nativa claims that was only when the Keymax filed its plea, averring that it was an employee of Marce who had started the fire, that it acquired knowledge that Marce was potentially liable for its damages and should thus have been joined to the proceedings. Marce resisted the joinder by insisting that the claim against
it had prescribed, and thus it’s joinder would serve no purpose. The key question before this court was whether the service of an application for joinder interrupts the running of prescription (for the purpose of section 15(1) of the Prescription Act)?

The Supreme Court of Appeal has previously provided guidance on the issue of joinder and prescription in the seminal case of Peter Taylor & Another v Bell Estates (Pty) Ltd 2014 (2) SA 312 (SCA) (hereafter the “Peter Taylor Case”). The SCA ruled that the service of a joinder application did not interrupt the running of prescription. The court analysed the judgement of
the SCA, coming to the determination that when dealing with prescription that:-

“what provides certainty between creditor and debtor is when the creditor serves the debtor with formal process calling on the debtor to answer the creditors claim… In our procedural system this is done by service of summons or notice of motion in which the
creditor is formally required to state the basis of the claim and the nature of the payment he or she is calling on the debtor to make. It is at that point that the debtor is placed on terms before the court either to comply with the demand, or to formally signal an intention to defend the action and state his or her case in pleadings.” The court further explained that “the service of process for procedural relief that may be necessary before the creditor can issue the summons does not have the same effect of certainty.

An application for joinder, if granted, permits the creditor to join the debtor in the action, but it is no more than a preliminary step and creates no certainty in and of itself that the creditor will indeed make a judicial demand for payment. Only the subsequent service of the summons demanding payment or performance by the debtor does that. Were it otherwise, a creditor could extend the period of uncertainty and delay by failing to serve the summons and particulars of claim timeously, thus placing the intended debtor in an invidious position”

This court also touches on the principle of stare decisis (often referred to as judicial precedent). It’s called upon to decide whether it should accept the judgement as handed down in Huyser v Quicksure (Pty) Ltd 201 (4) SA 546 (GP) (a previous judgment of the same division, similar to the present matter in terms of its facts and merits) as binding precedent or determine that it was wrongly decided. In the Huyser case the court drew a distinction between ‘preliminary type joinders’, where the notice of motion prays that leave be granted to join a respondent along with a request that the court give further directions regarding amendment of pleadings and service of summons. This form of joinder was distinguished from a ‘straightforward joinder’, a joinder where an order is sought simply ‘joining’ the respondent. This court did not agree with this approach of distinction.

S15 (1) of the Prescription Act provides that “The running of prescription shall … be interrupted by the service on the debtor of any process whereby the creditor claims payment of the debt …. “. Further ss 6 provides that “for the purposes of this section, ‘process’ includes petition, a notice of motion, a rule nisi, a pleading in reconvention, a third-party notice referred to in any rule of court and any document where by legal proceedings are commenced”

The courts ultimate findings accept the authority laid down in the Peter Taylor Case – that the service of an application for joinder on Marce does not constitute “service of process whereby (a) creditor claims payment of [a] debt” as required by s 15(1). This means that service of an application for joinder does not interrupt prescription. Consequently, Nativa should have applied for joinder in time to ensure that it could have served the amended summons and particulars of claim on the Marce before the date on which the prescription period ended.

The court analysed the Peter Taylor case and came to the conclusion that in order for something to constitute “process” for the purposes of s 6, more is required than a procedural connection between the process and the claim for payment of the debt. What is required is a substantive connection between the process served, and the claim for the payment of debt. An overlapping cause of action is a must.

The court then analysed the decision in Huyser and determined that that there was no underlying basis for the distinction sought to be drawn in Huyser between ‘straightforward’ and ‘preliminary-type’ joinders. The courts reasoned that: “All applications for joinder in essence require the “leave” of the court. It is a fundamental rule of our law of civil procedure that a party cannot simply join an additional defendant to an action by service of summons on him or her at any stage after the institution of the action. It requires an application to court, and it requires the court to agree to, and order the joinder. The very purpose of the Application is to seek the court’s leave to join, and it makes no difference, in my view, how the applicant elects to formulate the relief in the notice of motion.” The court was clear on the fact that “there is no magic to the words “leave to join”, in, or the absence of those words from, the notice of
motion.”