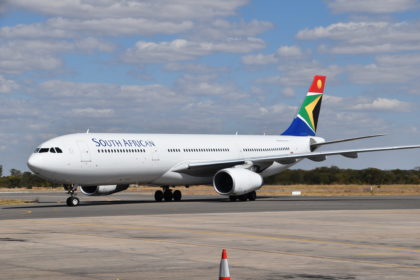 By Lindokuhle Mashilo and checked by Kirsten Chetty

In this application the Labour Court (“Court”) had to determine whether the dismissal of employees on the basis of operational requirements, prior to the presentation of a business rescue plan (“Plan”) which envisages such retrenchments, was procedurally fair.

On or about 5 December 2019, South African Airways (“SAA”) was placed under voluntary business rescue with the second and third respondents being appointed as the business rescue practitioners (the “BRP”) . On 9 March 2020, the BRP’s issued a notice in terms of section 189(3) of the Labour Relations Act 66 of 1995 (the “Act”) in order to commence with the mandatory consultation process required for the retrenchment of employees for operational requirements (the “Notice”). The Notice was issued without the Plan having been adopted or communicated to the affected persons, which included the employees. Having regard to the scale of the proposed retrenchment as well as the size of the business, the effect of the Notice was that for a 60 (Sixty) day period SAA was precluded from issuing any notice of termination of employment.

The BRP’s contended that the delay in presenting their Plan was due to the Covid-19 pandemic being declared a national state of disaster and the nationwide lockdown which ensued. The BRP’s alleged that they had to assess the implications of Covid-19 on SAA’s business and revise the proposed restructuring options they had previously identified. As such, on 12 March 2020 the BRP’s requested an extension of the publication of the Plan to 29 May 2020, which was granted.

Following the extension, the BRP’s attempted to commence with the consultation process which had previously been initiated. However, this failed due to the employees’ refusal to participate. The trade unions representing the employees proceeded to addressed correspondence to the BRP’s wherein they emphasised that in the absence of a Plan the section 189 process was premature as the employees were not given adequate information to inform any election they were to make in this regard. The trade unions argued that section 136(1)(b) of the Companies Act 71 of 2008 (the “Companies Act”) only empowers the BRPs to commence with and effect retrenchments if such retrenchments were “contemplated in the company’s business rescue plan”.

On 23 April 2020, the BRP’s informed all affected persons, including employees, of   the government’s decision to no longer fund the development and implementation a Plan by the BRP’s, which had contemplated a restructuring of SAA to maximise the likelihood of the airline continuing on a solvent basis until travel bans were lifted. The BRP’s were of the view that in the absence of such funding only two options were viable. The first option being the development of a Plan which could result in a better return for affected persons than would be the case with immediate liquidation; or the second being the filing of an urgent application for the immediate liquidation of SAA. In the event that the former is accepted, a collective agreement would be concluded in terms of which employment of all employees would be terminated by mutual agreement with provision of retrenchment packages, payable on certain conditions in relation to SAA’s assets being realised at a value capable of covering the cost of the packages. The retrenchment agreement was open for acceptance, both collectively and individually, by employees until 11 May 2020.

(1) Despite any provision of an agreement to the contrary-

(a) during a company’s business rescue proceedings employees of the company immediately before the beginning of those proceedings continue to be so employed on the same terms and conditions, except to the extent that-

(b) any retrenchment of any such employees contemplated in the company’s business rescue plan is subject to section 189 and 189A of the Labour Relations Act, 1995 (Act No. 66 of 1995), and other applicable employment related legislation.

In interpreting the above section, the Court referred to Cool Ideas 1186 CC v Hubbard and Another 2014 (4) SA 474 (CC) where it held that for purposes of interpretation, statutes must be given their ordinary grammatical meaning, unless doing so would result in an absurdity. Given that the fundamental right to fair labour practices was central to this matter, the Court held that section 136 (1) of the Companies Act must be read purposively in light of the provisions of the Constitution.  Accordingly, Court held that if there is an interpretation of section 136(1)(b) that better promotes the preservation of work security, then that interpretation ought to be preferred. Under the circumstances, the default position prevails and demands that unless an event requires a change of terms and conditions of employment, either by the ordinary course of the attrition or by the employee’s consent, there is complete protection against employees during business rescue proceedings.

In addition to this, the Court held that section 136(1)(b) of the Companies Act establishes a precondition precedent during business rescue proceedings, which requires that any need to retrench must be necessarily rooted in the Plan. Moreover, save for section 136(1) of the Companies Act, there is no other provision which empowers a BRP to retrench employees in the absence of a Plan.

Although section 136(1) of the Companies Act does not provide for an absolute moratorium on retrenchments during business rescue proceedings it establishes the right to retrench where contemplated by a Plan. The Court thus held that issuing any notice to commence a consultation process in terms of section 189 or 189A of the Act by a BRP in the absence of a Plan, would be premature and constitutes an act of procedural unfairness.

The Court ultimately found that the BRPs’ conduct, in issuing the section 189(3) Notice to initiate the consultation process before having presented a Plan, was procedurally unfair and as such the Notice was to be withdrawn.