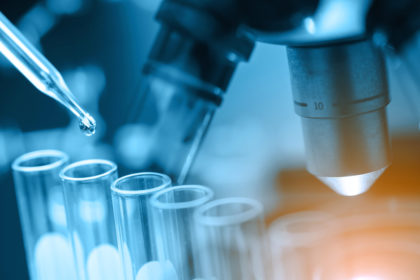 In January 2006, the National Health Laboratory Service (“the Plaintiff”) employed Mariana Magdalena Lloyd-Jansen Van Vuuren (“the Defendant”) as a junior registrar. At this time, the parties concluded a written agreement (“the initial agreement”) setting out the terms and conditions of the Defendant’s training and employment. In January 2008, the Defendant was promoted to the position of senior registrar. In April 2010, the Defendant was assigned a new position as a specialist pathologist, and a contract to this effect was concluded between the parties (“the second agreement”). The Defendant then resigned from the employment of the Plaintiff in July 2010.

According to the initial agreement, the Defendant was required to complete her studies for a M.Med degree at the University of the Free State within a period of five years, subject to some supervision and assessment. One of the terms of the initial agreement provided that if the Defendant did not work for the Plaintiff for a period of two years after completion of her training and qualification as a specialist, she would reimburse the Plaintiff for the training costs incurred. The parties quantified the value of the training costs which amount to R 2 000 000.00 (“Two Million Rand”). The Defendant completed her studies and training before the expiry of the stipulated five year period.

The second agreement made no reference to the Defendant’s obligation to work for the Plaintiff for two years or pay the amount of R 2 000 000.00 if she left its employ before the expiry of the stipulated period.

The Plaintiff instituted action claiming the amount R 2 000 000.00 from the Defendant. The Defendant contended that term was contained in the initial agreement and not the second agreement, therefore the term had ceased to be effective. This issue was decided against the Defendant in the Supreme Court Appeal under the case National Health Laboratory Service v Mariana Lloyd van Vuuren (2015) ZASCA 20.

The main issue which the Court was required to consider, is whether or not the damages agreed constitute a penalty alternatively an excessive penalty as contemplated by the provisions of the Conventional Penalties Act 15 of 1962 (“the Act”).

The Court held that the contract concluded between the Plaintiff and the Defendant is a contract of employment, and clause 3.4 is a ‘training bond”. The Court referred to the Syrex (Pty) Ltd v Ramfolo case, wherein the Court held that;

“…clause 14.7.2 of the contract of employment was introduced as a weapon in terrorem. The clause was inserted to force the Respondent to stay with the Applicant for, at least one year or else face liability of an amount three times her monthly cost to company salary”.

The Court in the abovementioned case, held that the clause was penalty stipulation, and was thus subject to moderation in terms of section 3 of the Act.

The Court held that training bonds in employment contracts are similar to restraint of trade agreements and are therefore subject to moderation by the Court on the basis of reasonableness and fairness.

In evaluating whether a training bond is reasonable and fair, the Court is given a wide discretion based on what is fair and equitable, and may consider any rightful interest of any other parties in exercising such discretion.

The Court held that Section 3 of the Act does not impose a requirement that the penalty stipulation must be grossly excessively disproportionate to the prejudice suffered in order for intervention and moderation to the justified. However, if a Court believes that a penalty provision is disproportionate to the prejudice, then the Court is empowered to reduce it to whatever sum the court, in its discretion, deems appropriate as equitable and fair.

The Court applied the abovementioned principles, and held that it is fair, just and equitable that the penalty stipulation in clause 3.4 of the initial agreement be moderated and reduced, in order to correspond with the actual training costs incurred by the Plaintiff, as proven by way of the common cause facts, and the five months service the defendant rendered to the Plaintiff as a specialist pathologist. Therefore, the Court held that this establishes the penalty at R 1 630 445.00 (One Million, Six Hundred and Thirty Thousand, Four Hundred and Forty-Five Rand).

The Court highlighted the importance of applying the principles of reasonableness, fairness, when considering the moderation of a penalty stipulation in terms of section 3 of the Conventional Penalties Act 15 of 1962.

Training bonds in employment contracts are subject to moderation by the Court on the basis of reasonableness and fairness.