MURRAY AND ROBERTS (PTY) LTD V COMMISSION FOR CONCILIATION, MEDIATION AND ARBITRATION AND OTHERS (JA40/2018) [2019] ZALAC 58 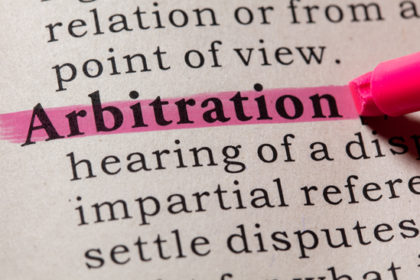 The members of the Association of Mineworkers and Construction Union (“AMCU”) referred a dispute to the Commission for Conciliation, Mediation and Arbitration (“CCMA”) against their employer, Murray and Roberts (Pty) Ltd (“Appellant”) in pursuit of being granted organisational rights.

From the onset, the Appellant maintained that in order for AMCU to be granted organisational rights it was obliged to comply with the requirements of two collective agreements which required that they become a member of the Metals Engineering Industries Bargaining Council (“MEIBC”). As a result, AMCU decided to secure their organisational rights by withdrawing the dispute from the CCMA and submitting their membership figures to the MEIBC in order to become a member. The parties entered into a written settlement agreement on a pre-printed and pro-forma CCMA document.

Subsequently, AMCU informed the Appellant in writing that they had abided by the agreement and became a member of the MEIBC and that they sought to exercise their organisational rights relating to a trade unions’ access to the workplace, the reduction of union subscription fees and the appointment of and leave for trade union representatives. The Appellants failed to respond to the foresaid notice which resulted in AMCU referring the matter to the CCMA once again. However, as the CCMA had previously made a determination on the matter, the Appellant raised the preliminary point of res judicata (meaning that once a matter has been adjudicated by a competent Court it may not be pursued any further by the same parties) and, accordingly, the CCMA ruled that it had no jurisdiction to determine the dispute.

AMCU brought an application to review and set aside both CCMA rulings in the LC on the grounds of a “common mistake”, alternatively on the grounds of misrepresentation or irregular conduct on the part of the presiding commissioner which resulted in the conclusion of the settlement agreement.

The Appellant opposed the application, alleging that the settlement agreement was in full and final settlement of the dispute between the parties which constituted a defence to AMCU’s second referral, rendering the dispute res judicata.

The LC ruled in AMCU’s favour on the basis that there was a “common mistake” between the parties, due to an erroneous interpretation of section 18 of the LRA, and that the agreement could accordingly be treated as invalid. The LC held that both parties were mistaken in their view that AMCU’s eligibility for organisational rights ought to be preceded by compliance with the thresholds of the collective agreements and, further, that none of the parties would have entered into the agreement had they known otherwise. Moreover, the LC held that the Appellants interpretation of section 18 of the LRA was untenable due its “inconsistency with constitutional imperatives.” Subsequently, the Appellant appealed the decision of the LC.

The LAC upheld the judgement of the LC and held that employers, by entering into threshold agreements as contemplated in section 18 of the LRA, are not permitted to limit a trade union’s right to engage in collective bargaining and negotiate for organisational rights. The LAC also noted that a minority union is afforded access to organisational rights in a number of ways, the most notable of which is through the conclusion of collective agreements with an employer.

The LAC also confirmed that a settlement agreement may be set aside on the grounds that it was “entered into on the basis of a common, but false assumption” and that a common mistake requires that both parties made the exact same mistake. In this regard, the LAC confirmed that a party who wishes to set aside a contract based on a “common mistake” must allege and prove the following:

The LAC stated that both AMCU and the Appellant were “under a misapprehension as to the true legal position” and that neither of the parties would have entered into the threshold agreement had they known otherwise.

That employers, by entering into threshold agreements as contemplated in section 18 of the LRA, cannot limit a trade union’s right to engage in collective bargaining and negotiations for organisational rights. Further, that a settlement agreement may be set aside on the grounds that it was entered into on the basis of a “common mistake” where certain requirements are met.

The conclusion of collective agreements in the workplace (which establish thresholds of representatives) as contemplated in section 18 of the LRA, may not limit a trade union’s right to engage in collective bargaining and negotiate for organisational rights and that threshold agreements entered into on the basis of a common mistake can be set aside.