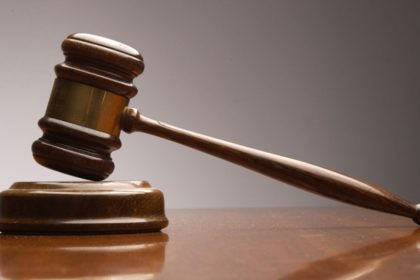 By Jarrod Van Der Heever and checked by Danmari Duguid

An extradition agreement exists between South Africa and the Kingdom of eSwatini (“the Kingdom”). In accordance with the agreement, authorities of the Kingdom requested that Senzo Motsa (“the Applicant”), be surrendered to them in order to face several charges, including a charge of murder. This request was granted by the Minister of Justice and Constitutional Development (“the Respondent”).

Ordinarily, if an individual is found guilty of murder within the Kingdom, they may be subject to the death penalty. However, following the Constitutional Court Judgment of Minister of Home Affairs and Others v Tsebe and Others 2012 (5) SA 451 (CC), all the parties involved in the matter were in agreement that the State cannot surrender an individual to another country if this exposes the individual to the imposition of the death penalty.

It was alleged by the Applicant that the Magistrate did not properly consider that the Applicant may be sentenced to death should he be convicted. The court identified two issues with this argument. Firstly, the Magistrate did indeed consider this issue. The Magistrate considered the fact that the death penalty may be imposed and furthermore, considered the undertaking provided by the Kingdom that, in the event of a conviction, the death penalty if imposed would not be put into operation. The subsequent point reiterated by the court is that the question of “execution” of the death penalty, is not an issue which a Magistrate should have regard to – this is an aspect which is to be considered by the Respondent. The court ultimately held that there is no basis for the decision being reviewed or set aside and that the order stands.

Turning to the second leg of the review, it was pointed out that when the Respondent made his decision to surrender the Applicant to the Kingdom, he considered an undertaking provided to him by the Kingdom, which stated that:

“I undertake that should, for reasons unforeseeable, the court pronounces a death sentence against the fugitives Dumsane Papa Stewart, Nathi Motsa, Senzo Motsa and Aaron Macaroni Motsa, not be sentenced to death and I shall, in terms of the above cited section and as a member of the prerogative of Mercy Committee ensure that His Majesty the King is advised to substitute the death penalty for a life sentence…”

The Applicant alleged that the wording of the above undertaking was not encompassing enough to constitute an assurance that the death penalty will not be executed and as such the Respondent’s decision must be reviewed. The court held that the question which ultimately needed to be considered is whether the decision of the Respondent could withstand review, in light of the aforementioned undertaking.

The court held that the undertaking given by the government of the Kingdom removes any real risk of a death sentence being executed in the unlikely scenario that such a sentence be handed down. The court held that the Respondent correctly relied upon the undertaking to come to the decision, and as such the decision by the Minister could not be set aside on review on the basis of irregularity or irrationality.

This case serves to show that the Minister of Justice and Constitutional Development may elect to extradite an accused to a State in which the death penalty may be imposed, provided he has been provided with an undertaking that the death penalty, if imposed, will not be executed. Such a decision will therefore be in line with the values of our Constitution as well as those stated in the Tsebe case above.