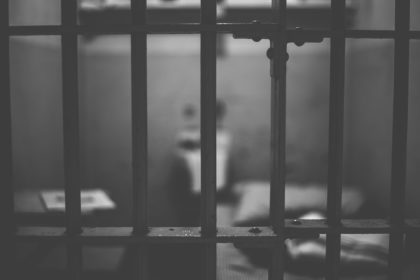 Sanele Samuel Mngomezulu (“the Appellant”) was brought before the Sebokeng Regional Court, together with four others, on a charge of murder read with section 51(1) of the Criminal Law Amendment Act 105 of 1997 (“the CLAA”). The charge of murder was predicated on an alleged execution or furtherance of a common purpose in the commission of the act of murder which brought the offence within the ambit of section 51(1) of the CLAA which requires life imprisonment to be imposed should an accused be found guilty of the offence.

The Appellant and four of his friends, which included two young ladies, went to a tavern on 4 August 2017 to celebrate the Appellant being selected to represent his school in a language competition. On their arrival, the deceased left the tavern and approached one of the aforementioned ladies. The deceased attempted to pull the lady in question away from the group, who resisted. The deceased was reprimanded by one of the Appellant’s friends who was part of the group.

The Appellant pleaded guilty to the charges in accordance with a statement made in terms of section 112(1) of the Criminal Procedure Act 51 of 1977 (“the CPA”) on the facts stated above. The co-accused pleaded not guilty to the charges. In his plea of guilty, the Appellant denied the execution or furtherance of a common purpose and accepted sole responsibility for the death of the deceased. The plea of guilty was accepted by the State and the Appellant was convicted and sentenced to 12 years imprisonment. The Appellant appealed against the sentence imposed.

The Appeal Court acknowledged that the facts upon which the Appellant pleaded guilty did not include an admission of the execution or furtherance of a common purpose to commit murder. The court, in dealing with a plea which differs to the charge in the indictment, referred to the case of State v Kekana 2019(1) SACR 1 SCA which stated, inter alia, that:

“The acceptance by the prosecutor of the plea of guilty on the alternative charge has the result of removing the main charge from the indictment. It follows that a conviction on the main charge could not stand. In other words, in such a case, it is up to the state to determine the offence that the accused is convicted of. The court has no say in that and must sentence the accused in accordance with the accepted plea.”

It was accepted by the State’s counsel that section 51(1) of the CLAA was not applicable in view of the acceptance of the Appellant’s plea which did not include an admission in respect of the allegation of the execution or the furtherance of a common purpose. It was, however, submitted by the State that section 51(2) of the CLAA remained applicable in respect sentencing of the Appellant. Section 51(2) of the CLAA prescribed a minimum sentence of 15 years imprisonment in that the Appellant was a first offender. As such, under the circumstances for the court to deviate from the prescribed sentence of 15 years, substantial and compelling circumstances would have to be present.

When the court of first instance imposed the sentence of 12 years it found that substantial and compelling circumstances existed which justified the deviation from the prescribed sentence. The Appellant’s appeal was premised on the fact that, section 51(1) of the CLAA was not applicable, the Court did not give due weight to the substantial and compelling circumstances namely the Appellant’s prospects of rehabilitation in light of his age, his plea of guilty upfront and the acceptance of full responsibility of his actions. The Appellant argued that the sentence imposed was not aligned with the facts accepted by the State.

It is trite law that a court of appeal can only interfere with a sentence if it finds that the sentence imposed by the trial court is vitiated by the irregularity or misdirection or is disturbingly inappropriate. The Appellant argued that the court of first instance overemphasised the gravity of the offence and the issue of retribution. The court of first instance found that the attack on the deceased by the Appellant was violent in that the Appellant inflicted 13 stab wounds to the deceased, 11 to the chest and 2 to the head.

However, the post-mortem report confirmed that the wounds to the head were lacerations, and only three wounds to the chest were penetrating, one of which was deeply penetrating. The deeply penetrating wound “nicked” the heart of the deceased which caused the deceased to bleed to death. In the post-mortem report it was not stated that any of the other wounds were lethal and potentially life threatening. The Appeal court opined that the attack was to an extent indiscriminate and randomly executed, committed in anger.

In light of the above, the Appeal Court held that it was clear that there were sufficient mitigating factors which outweighed the aggravating factors at play. As such, the court of first instance’s failure to given due consideration to these mitigating factors ultimately lead to the sentence being shockingly and disturbingly disproportionate, warranting the Appeal court’s interference. After consideration of submissions by the State and the Appellant, the Appeal court sentenced the Appellant to 8 years imprisonment.