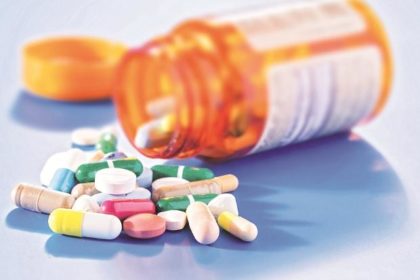 By Sean Buskin and checked by Khotso Mmatli

On 26 November 2018, counsel for the applicant sought a postponement of the proceedings on the grounds that he had not received a formal brief and was therefore not familiar with the substantive context of the matter. The arbitrator ruled that in the absence of a formal application, the matter would proceed as the applicant had already been granted numerous indulgences and postponements.

In the review proceedings in the High Court of South Africa, Gauteng Local Division, Johannesburg, the court was required to consider whether or not the arbitrators ruling that the arbitration proceedings should resume unless a formal application was brought constituted a reviewable irregularity, as contemplated by section 33 (1)of the Act.

At the outset, the court had regard to the agreement between the parties which empowered arbitrator to determine the procedure to be followed during the arbitration proceedings and how interlocutory applications would be dealt with. the court held that generally, arbitration proceedings would not be interfered with and their awards may only be set aside on the limited grounds set out in Section 33 of the Act.

The court held that a court will not lightly find that an arbitrator has been guilty of misconduct, based on a mistake of law or fact where the arbitrator has acted in a manner where due consideration has been given to the matter. Misconduct must be in the form of wrongful or improper behaviour entailing moral turpitude, dishonesty, bad faith or the like. A court will only inquire into whether or not the arbitrator was so grossly unreasonable in the exercise of his discretion that it justifies the inference of bad faith on his part.

However, courts have acknowledged that arbitrators have a right to be wrong and thus an incorrect exercise of a discretion or power will not, on that basis alone, constitute an irregularity. There exists an implied term, in all arbitration agreements, that, unless specifically excluded in the arbitration agreement, the arbitration proceedings will be conducted in a procedurally fair manner. What constitutes fairness will be decided on a case by case basis and the context of each case.

The enormous delays to the proceedings had resulted in the overall purpose of arbitration proceedings being undermined. The court acknowledged that the conduct of the arbitrator, in implementing the requirement that postponement applications be brought by way of a substantive application, may have been an error, but same was not motivated by malice of bad faith.

Thus, the court concluded that the conduct of the arbitrator was not subject to review. The application was dismissed with costs.

The court did not interfere with the arbitration proceedings as the procedural requirements imposed by the arbitrator, although possibly a mistake, was not motivated by malice or bad faith.

The conduct of arbitration proceedings