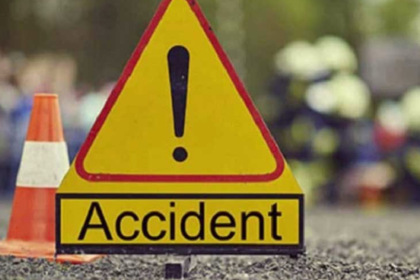 By Marc Barros Gevers and checked by Divina Naidoo

The primary issue that the court had to thus determine was whether the aforesaid acts, and injuries sustained therefrom, incur liability for the RAF.

The Plaintiff was the only witness during the trial, and was deemed to be a good witness. Her evidence, as above, was undisputed, and accepted in toto. However, in the Plaintiff’s particulars of claim (“POC”) it was stated that the injuries, sustained from her ejectment from the vehicle, were as a result of a collision and that “the sole cause of the collision…was the negligent driving of the unknown driver of the insured vehicle”. The Defendant’s plea accordingly denied the allegations in the POC, such denial focusing on there being no actual collision, that the vehicle was stationary and the insured driver thereof was not in the vehicle, and the injuries sustained were as a result of the assault and not negligent driving. The Plaintiff had however provided a written statement, prior to summons being issued, which corresponded with the evidence above, of which the Defendant was aware.

The Plaintiff’s claim against the Defendant, regardless of the above differences, was made in terms of section 17(1) of the Road Accidents Fund Act, which provides:

The Fund or an agent shall –

be obliged to compensate any person (the third party) for any loss or damage which the third party has suffered as a result of any bodily injury to himself or herself or the death of or any bodily injury to any other person, caused by or arising from the driving of a motor vehicle by any person at any place within the Republic, if the injury or death is due to the negligence or other wrongful act of the driver or of the owner of the motor vehicle or of his or her employee in the performance of the employee’s duties as employee: Provided that the obligation of the Fund to compensate a third party for non-pecuniary loss shall be limited to compensation for a serious injury as contemplated in subsection (1A) and shall be paid by way of a lump sum.

Broadly speaking, there were thus two pre-requisites to be proved before the court for a claim against the Defendant in terms of section 17. Firstly, whether the injuries sustained by the Plaintiff were injuries which arose out of driving of a vehicle, and, secondly, whether such injuries were due to negligence or another unlawful act of the driver of said vehicle.

As such, the Court in casu had to determine whether it could decide the matter on the real issues, despite the difference thereto in the POC, and had to make a decision as to the applicability of section 17(1) of the RAF Act to the incidents as they occurred which caused the Plaintiffs injuries.

The Court found, following a case management conference and in light of the Plaintiff’s written statement prior to issuing, that the reference made in the POC to a “collision” is not due to the plaintiff changing her version. The Court accordingly held that no prejudice would be suffered by the Defendant to decide the matter on the real issue (being the applicability and interpretation of section 17(1) of the RAF Act) due to the incorrect pleading by the Plaintiff.

On the applicability and interpretation of section 17(1), the Court separated the two injuries and held as follows:

The Court accordingly ordered that the Defendant is liable to compensate the Plaintiff’s claim for the injuries sustained from being ejected from the vehicle only.

The primary issue that the court had to determine in this matter was whether injuries sustained during a hijacking (a gunshot), and the injuries sustained as a result of the hijacking and the respective unlawful driving (being ejected from the hijacked vehicle), could be included in a claim against the Road Accidents Fund. The ancillary issue was the differences between the plaintiff’s particulars of claim and the actual issues which arose in the pleaded case, and Defendant’s true knowledge of the latter.