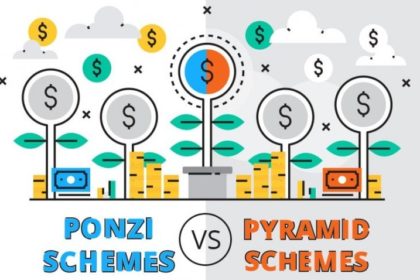 There is no disputing that we currently find ourselves in a dire economic climate – a climate in which one can easily understand why a scheme selling the idea of ‘quick money’ would gain traction among those who are desperate for a better life. Unfortunately, desperation often clouds good judgment. One may find oneself asking “how could they have fallen for that?”, however, for most people falling victim to fraudulent money-making schemes the mere possibility of escaping poverty would justify the risk taken. Everyday people who invest their life savings into a fraudulent scheme almost never fully recover from the consequences of the scheme’s collapse and it is therefore crucial to understand how these schemes work and what ‘red flags’ to look out for.

In terms of section 43(2) of the Consumer Protection Act 68 of 2008 (“CPA”), a person who directly or indirectly promotes, or knowingly joins, enters or participates in, among other things, a multiplication scheme or pyramid scheme will be guilty of an offence in terms of the CPA. Such a person may also be prosecuted criminally on a charge of fraud and/or theft.

In terms of section 43(3) of the CPA, a multiplication scheme exists when a person offers, promises or guarantees to any consumer, investor or participant an effective annual interest rate that is at least 20% above the Repo Rate determined by the South African Reserve Bank as at the date of investment or commencement of participation.

A multiplication scheme is not necessarily always a Ponzi scheme, and vica versa, however, most Ponzi schemes will generally fall into this category since the promise of an unusually high return on investment is a distinct characteristic of a Ponzi scheme.

In the early 1920’s, Charles Ponzi promised returns to investors of 50% in 45 days and 100% in 90 days. He initially generated legitimate profits by the sale of international mail coupons. However, these profits were no longer sufficient to pay his investors and he resorted to utilising the money of new investors to pay earlier investors, thereby redistributing his investors’ money instead of paying them from real profits.

The survival of a Ponzi scheme depends entirely on the head of the Ponzi scheme (the fraudster) having a consistent and an unsustainably large pool of new investors to pay earlier investors.

A typical Ponzi scheme plays out as follows:

I, the fraudster, have a scheme whereby I promise investors, say, 100% on an initial investment of R10. I initially get 2 investors to invest R10 each. To pay out the promised return, I require R40, whereafter I would need to procure 4 new investors to invest R10 each. I now owe R80 (4 x R20) and need to find 8 new investors investing R10, and so forth. As soon as the uptake of new investors begins to slow, the promised pay-out to earlier investors will no longer be possible. Investors will soon hereafter request the repayment of their investment and the relevant authorities may get wind of the scheme. This is usually the time when the fraudster will take all money left in the scheme and run, as the scheme has now collapsed.

It can become particularly challenging to identify these types of schemes when genuine investment or business activities are merged with a Ponzi-type structure, in which case such schemes can remain ongoing without detection for long periods of time.

In terms of section 43(4) of the CPA, an arrangement, agreement, practice or scheme is a pyramid scheme if participants in the scheme receive compensation derived primarily from their respective recruitment of other persons as participants, rather than from the sale of any goods or services. Generally, the ‘founder’ of the pyramid scheme (the fraudster) will recruit investors. An investor will be required to invest a certain amount of money to enter the scheme. An investor who has entered the scheme automatically becomes a recruiter. One portion of the amount paid by a new investor goes to the fraudster (at the top of the pyramid) and the other portion to the recruiter. As more people join the pyramid, the top of the pyramid gets more money. When the people at the top have been paid, the next level becomes the top. The success of pyramid scheme depends solely on its ability to recruit more investors. Since there are only a limited number of people in a community, a pyramid scheme is doomed to fail.

The below are only some of the indicators to look out for to identify a Ponzi or pyramid scheme and this is not a closed list:

It is important to always do proper research before investing in any type of scheme. Suspected Ponzi and pyramid schemes can be reported to the Bank Supervision Department of the South African Reserve Bank on their website.

If you suspect that you have been the victim of a Pyramid or Ponzi Scheme, Schindlers Attorneys can assist you to investigate the matter, prepare the necessary criminal complaint and/or institute civil action for the recovery of your funds.