Lemley v Commission for Conciliation, Mediation and Arbitration and Others [2020] 7 BLLR 676 (LAC) 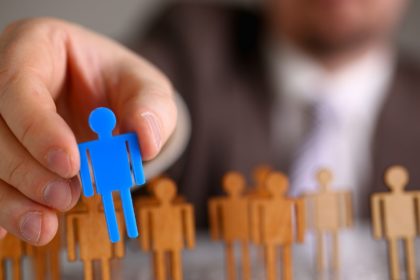 Written by Stef de Gouveia and checked by Mohau Ledwaba

In this matter, the Labour Appel Court (the “Court”) had to determine whether the judgment and order of the Labour Court previously, which dismissed a review application brough by Mr Edward Lemley (the “Appellant”), was correct.

The Appellant then referred the dispute to the first respondent, being the Commission for Conciliation Mediation and Arbitration (the “CCMA”), whereby the second respondent, a commissioner of the CCMA (the “Commissioner”) found that the Appellant had unreasonably refused the offer of alternative employment on 14 July 2013. The dispute referred was subsequently dismissed. On review, the Labour Court agreed with the Commissioner’s decision and dismissed the employee’s review application.

The Appellant then appealed to this Court alleging that the Commissioner erred in not finding that he reasonably refused the alternative position offered to him due to his personal circumstances as a whole rendering it not just inconvenient but also impossible, and that a reasonable person in the same position as the Commissioner would have reached on the facts of the case.

The Court relied on section 41(2) of the Basic Conditions of Employment Act 75 of 1997 (the “Act”), which states that an employer is required to pay at least one week’s remuneration for each completed year of continuous service to an employee who is dismissed for operational requirements. In addition, section 41(4) states that “an employee who unreasonably refuses to accept the employer’s offer of alternative employment with that employer or any other employer, is not entitled to severance pay in terms of subsection (2)”.

Therefore, the issue that the Court had to determine was whether the decision made by the Commissioner relating to the Appellant’s unreasonable refusal of alternative employment was one that a reasonable person in the same position as the Commissioner would make.

The Court then emphasised the importance of section 41(4) and said it was clear that “an employee is not entitled to insist on being paid severance pay where he or she unreasonably refuses to accept the employer’s offer of alternative employment”.  The Court stated that the legislation was created for good reasons; not only does it incentivise employers to provide alternative employment but it also limits the number of jobs lost due to retrenchments.

In closing, the Court held that the Commissioner’s finding was in fact reasonable. The Appellant took no steps to engage with the Respondent in a meaningful way and refused to give reasons for not accepting the offer of alternative employment, even after the same offer was revised to be more accommodating for the Appellant. In addition, the issue relating to family circumstances was raised but in no detail, which resulted in the Respondent’s inability to discuss the issue with the Appellant. Lastly, the Court stated that the Appellant’s age and service should not alter the fact that his refusal was unreasonable and as such that the Labour Court correctly dismissed the review application.

Employees who are offered alternative employment and/or settlement proposals which are fair may not unreasonable refused.