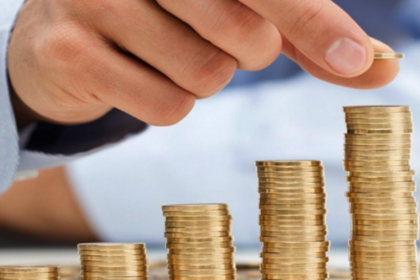 The High Court of Justice (Queen’s Bench Division Commercial Court) (the “Court”) heard a case in which Lamesa Investments Limited, a company registered in accordance with the laws of the Republic of Cyprus (the “Claimant”), sought to determine whether Cynergy Bank Limited, a company registered and carrying on business in the United Kingdom as a retail bank (the “Defendant”) continued to be obliged to make repayments under a Facility Agreement dated 19 December 2017.

Under the Facility Agreement, the Claimant loaned £30,000,000.00 (Thirty Million Pounds) to the Defendant (the “Agreement”). The Defendant was contractually obliged to make interest payments on 21 June and 21 December of each year throughout the term of the Agreement. At the date upon which this case was heard, interest in the sum of £3,600,000.00 (Three Million Six Hundred Thousand Pounds) had accrued and was due and payable but had not been paid, as yet. The Agreement was governed by English law.

In light of the above, the Claimant took the Defendant to court for the non-payment of the outstanding interest in the sum of £3,600,000.00 (Three Million Six Hundred Thousand Pounds) which had accrued but had not been paid in accordance with the Agreement. The Claimant sought a declaration from the Court that the Defendant was obliged to continue making the payments under the Agreement.

Two points that are important to note at this stage are that firstly, the Claimant was wholly owned by Lamesa Group Incorporated, a company registered in accordance with the laws of the British Virgin Islands (“LGI”) and LGI was wholly owned by an individual, Mr Viktor Vekselberg (“Viktor”). Secondly, a significant part of the Defendant’s business was denominated in United States Dollars (“USD”). USD payments which were deposited by its retail customers were deposited into a correspondent account maintained by the Defendant with JP Morgan Chase & Co. in the United States of America (“US”).

In 2018, Viktor was placed on a ‘Specially Designated Nationals and Blocked Persons List’ (the “SDN List”) by the Office of Foreign Assets Control of the US Department of The Treasury. The SDN List is a regularly updated list with the names of individuals, entities and organizations deemed to be involved in a range of criminal activities. US persons, incorporated entities and their foreign branches, their subsidiaries and any related entities are prohibited from doing business with anyone on the SDN List.

This essentially meant that Viktor’s assets had been blocked and all US persons and entities were generally prohibited from dealing with him and any of his companies. Consequentially the Claimant became a ‘Blocked Person’ by virtue of its indirect ownership by Viktor. As such, anyone dealing with Viktor and/or the Claimant would be in breach of these prohibitions and would be liable to have various economic sanctions of unquestionable potential severity imposed upon them.

The Court considered various US Federal Acts that were relevant, however the primary act relevant for this case was the Ukraine Freedom Support Act 2014 (as amended) (the “Act”) which provides in section 5(b) that “The President shall impose … the sanction prescribed in (c) with respect to a foreign financial institution … that knowingly facilitated a significant financial transaction on behalf of any person included on the list of specially designated nationals and blocked persons.”

The Court further considered clause 9.1, the ‘Non-payment’ clause contained in the Agreement which provided that “In the event that any principal or interest in respect of the loan has not been paid within 14 days from the due date for payment and such sum has not been duly paid within a further 14 days following written notice from [the Claimant] to [the Defendant] requiring the non-payment to be made good, [the Claimant] may institute proceedings in a court of competent jurisdiction in England for the winding up of [the Defendant] provided that [the Defendant] shall not be in default if during the 14 days after [the Claimant’s] notice, it satisfies [the Defendant] that such sums were not paid in order to comply with any mandatory provision of law, regulation or order of any court of competent jurisdiction. Where there is doubt as to the validity or applicability of any such law, regulation or order, [the Defendant] will not be in default if it acts on the advice given to it during such 14-day period by its independent legal advisers” (“Clause 9.1”).

At the hearing, the Defendant argued that section 5(b) of the Act is a mandatory provision of law within the meaning of Clause 9.1 because its effect is to impose an implied obligation not to knowingly facilitate a significant financial transaction with a person included on the SDN List and any related Blocked Persons. The Defendant maintained that since it had a correspondent account in the US and the Claimant is a Blocked Person in terms of the SDN List, payment of interest under the Agreement is a significant financial transaction and if paid, it would be at risk of becoming subject to the sanctions. In the circumstances, the Defendant argued that it was entitled to avoid this risk by not paying the interest otherwise due by operation of Clause 9.1.

The Court found that it was common ground that the US Government could impose the sanction mentioned in section 5(b) of the Act on the Defendant if it determined that the payment of interest to the Claimant pursuant to the Agreement was ‘a significant financial transaction’.

The Court had to determine whether section 5(b) of the Act was to be interpreted as mandatory law in terms of Clause 9.1. The Court found that Clause 9.1 was drafted in wide terms so that it could effectively protect the Defendant from the risk of breaching an express or implied prohibition against payment that exposed it to potentially severe penalties or sanctions as a result of making a payment to the Claimant.

The Court concluded that the Defendant was entitled to rely on Clause 9.1 for as long as Viktor remained on the SDN List and the Claimant remained a Blocked Person by reason of it being controlled by Viktor. As such, the Defendant was not obliged to make payment for the outstanding interest.

This decision confirms the position in English Law that parties are able to manage sanction risks contractually, including risks arising from US sanctions. It may also reduce uncertainties in relation to some existing sanctions clauses which excuse parties from non-performance of their obligations where performance may cause the party to become subject to sanctions.

The High Court of Justice (Queen’s Bench Division Commercial Court) interpreted the expression “in order to comply with any mandatory provision of law” in a facility agreement and concluded that the expression included acting or refraining from acting in a way that would potentially cause the imposition of sanctions or a penalty under the US sanctions regime.