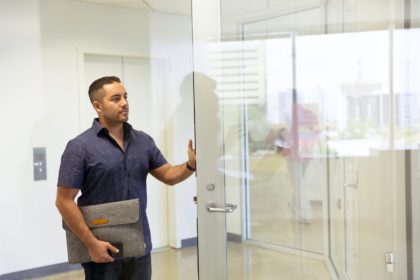 Case summary was written by Celeste Frank and checked by Jordan Dias.

The Respondent used the First Applicant’s laptop and cell phone which were issued to him to facilitate these sales. His actions were discovered when the laptop and cell phone were returned to the First Applicant, after similar conduct was separately discovered. In addition, there was information which showed that the Respondent had taken note of information about product formulations, and that he had absolutely no reservations in challenging the Applicants out of their business.

The Respondent alleged that he was not currently employed by Ryke and that he does not have a financial interest in Ryke. He argued that, although there is a valid restraint of trade agreement, the Applicants did not prove a breach of the restraint clause after his employment had ended and that the restraint is unreasonable in its scope. On the other hand, the Applicants denied the aforesaid and referred the Court to the case of IIR South Africa BV (incorporated in the Netherlands) t/a Institute for International Research v Hall (aka Baghas) and Another,[1]   which held that a former employer only has to show that the former employee could use confidential information, not that he has in fact done so.

Firstly, the Court referred to the case of Experian Sa v Haynes[2]:

In considering the principles of the case Experian Sa v Haynes, the Court held that the Respondent threatened both types of proprietary interests of which the Applicants are entitled to protect. The Applicants had thus made out a case for the enforcement of the restraint.

The Respondent tendered that he be restrained for a period of six months from taking up employment with any competitor in South Africa, and that after that six months had expired, he would not be restrained except with regard to two customers of the Applicant. The Applicants rejected this tender but contended that, at the very least, the relief should be granted.

In this case, our attention is drawn to the importance of the law on restraints wherein the Applicants must allege and prove the obligation and its consequent breach. Thereafter, the Respondent bears the onus to prove, if he wishes, that the restraint is unreasonable and unenforceable.