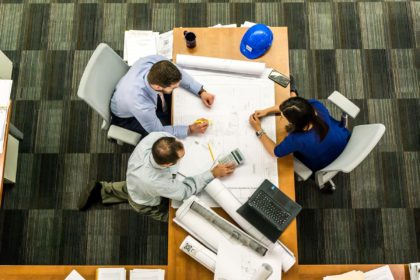 This article briefly looks at some of the fundamental duties and roles of both Trustees and Managing Agents in respect of sectional title schemes.

In order to understand the general concepts of this article, it is necessary to establish the governing legislation and rules of sectional title schemes, which includes the Sectional Titles Act (“STA”)[1], the Sectional Titles Schemes Management Act (“STSMA”)[2], and the STSMA Regulations (“the Regulations”) and the Prescribed Management Rules and Prescribed Conduct Rules (respectively “PMR” and “PCR”).

It is important to note that the concepts and duties we discuss are based on the PMR and PCR, which are the ‘default’ rules governing sectional title schemes, which will not necessarily apply if the rules  are lawfully amended for a specific scheme, as provided for in section 10 of the STSMA.

What are Trustees and Managing Agents?

It is quite interesting that for such a necessary role, the legislation does not actually provide any definition for a trustee. Accordingly, by way of a general definition, a trustee in a sectional title scheme is an individual person, who manages the specific scheme in terms of the document which created that arrangement. The trustees of a body corporate are supposed to act in this capacity voluntarily and in the interests of the scheme at all times.

How are trustees appointed?

In terms of the PMR, any person can be nominated by a member of the body corporate to the office of trustee. In order to avoid pointless nominations, a nomination must be in writing and accompanied by the consent of the nominated person.[4]

If there are ever too few nominations for the positions available of trustees, at the annual general meetings (“AGM”)of the scheme further nominations can be called for at the AGM, but the nominated person must still consent.[5] At the AGM trustees must be elected, and are thereafter, elected at every subsequent AGM.

Trustees and the Fiduciary Duty owed to a scheme

As the body corporate of a sectional title scheme requires the trustees to perform and exercise certain functions and powers on its behalf, trustees are required to hold their office and exercise these powers in terms of the rules of the scheme (or the PMR) and subject to the STSMA and STA.

Trustees therefore stand in a fiduciary relationship with the body corporate and must comply with certain fiduciary duties, similar to those of the directors of a company.[6] These duties include that the trustees must, in relation to the body corporate:

If a trustee is found to be in breach of their fiduciary duties, they can be held personally liable to the body corporate for any loss suffered as a result of this breach and for the economic benefit received by the trustee as a result of such breach.

Trustees fiduciary duties, broad as they may be, are the cornerstone of the position and require any person acting in this capacity to act for the benefit of the body corporate.

An important part of being a trustee is conducting trustee meetings, AGMs, and to make and vote on resolutions pertaining to the body corporate at these meetings.

While, for certain tasks and functions to be carried out it is necessary to attend to these at AGMs or special general meetings (“SGM”), the day-to-day running of a scheme and certain decisions can be attended to at a trustees meeting or by written resolution of at least two trustees or one trustee and the managing agent.[7]

For a trustees meeting to proceed, a quorum of 50% of the trustees by number (but not less than two) must be present.[8] If the number of trustees is less than the required quorum, the remaining trustees are restricted in what they can achieve, specifically they can only act to either call a general meeting or to appoint replacement trustees to achieve a quorum.[9]

If a trustee wants to move a motion, it is not necessary for that motion to be seconded before it can be put to a vote, rather the motion must be determined by a resolution and will be passed if there is a majority vote in favour by the trustees present at the meeting.[10]

While trustees’ meetings are generally open to be attended by members, registered bond holder of units in the scheme, or managing agents, , these additional persons are not allowed to be present or attend the parts of the meeting which would deal with discussions regarding contravention of the legislation or the rules by a member of the scheme, or any matter which would  (if attended by these persons) unreasonably interfere with the body corporate’s interests or any person’s privacy.[11]

As opposed to AGMs which occur once a year, a trustee can call a trustees meeting at any time to discuss matters pertaining to the body corporate, but they are required, ordinarily, to give the other trustees at least seven days’ notice of the meeting.[12]

Who leads the trustees?

The trustees of the scheme are ‘led’ by the chairperson of the body corporate. The chairperson is a trustee elected, by majority vote of the trustees, at their first trustees meeting after the AGM where they were themselves elected,[13] and holds office until the end of the next AGM.[14]

It is important to note that for any resolution, trustees are only entitled to one vote, but, in the event of a stalemate the deciding vote will be that of the chairperson.

It is always important to take care when acting as a trustee, or when elevating your managing agent to the position of trustee as an executive managing agent, so while there are many provisions and rules governing trustees and managing agents, perhaps the most important to remember are those which impose a fiduciary duty on such positions.

We hope that this brief overview provides some insight into the nuances of the management of sectional title schemes. Should you require any specific legal advice in future, please do not hesitate to contact us.