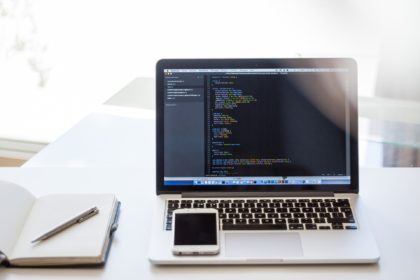 This case concerns an application by Willem Hendrik Frederik Du Plooy (“the First Respondent”), Chanel Celeste De La Roche-Vivviers (“the Second Respondent”), Wihan Groenewald (“the Third Respondent”), Oopkop (Pty) Ltd (“the Fourth Respondent”), Willem Hendrik Frederik Du Plooy (“the Fifth Respondent”) and WWJ Agri (Pty) Ltd (“the Sixth Respondent”) (herein after collectively referred to as “the Respondents”) for the suspension of paragraph 9 of an Anton Piller order (“the Order”) granted on 4 September 2020 in favour of Impac Underwriting Managers (Pty) Ltd (“the First Applicant”) and Impac Cropsure (Pty) Ltd (“the Second Respondent”) (herein after collectively referred to as “the Applicants”).
The contentious paragraph of the Order states as follows:
“That, unless a different direction be obtained from the Court, and within two business days of execution of the Order, the applicants and their attorneys be entitled to inspect all or any of the removed items for preservation in order to assess whether they/it provide/s evidence relevant to the present application or to further legal proceedings envisaged in the application.”
The Respondents set out their argument, inter alia, as follows:
The purpose of their application is to allow for the court to re-examine the ambit of the Order granted;

2.1. the wording of the Order is too broad and vague insofar as to its specificity as to what evidentiary material the Respondents are required to preserve;

2.2. the order was executed, on 8 September 2020, in a manner which was contrary to what was envisaged in the order and/or in a manner beyond that permissible legally in that it allowed for indiscriminate copying of data, inspection of and access to documents; and

2.3. the Applicants’ application was, rather than a means of preserving crucial evidence, a ploy by the Applicants to support future court proceedings.

On or about 8 September 2020, a Sheriff, together with supervising attorneys and computer experts, arrived, in execution of the Order, at the Respondents’ premises;
Upon their entry into the Respondent’s premises, mirror copies and clones were made of, and searches were conducted of the following devices and documents:

o access, inspect and search the premises, including electronic devices and data storage devices, in order to identify information directly or indirectly in possession of the Respondents, and of relevance to preservation; and

o examine each item and determine whether same was relevant to preservation.

The execution of the Order thus required more than simple identification and storage, but also identification of items stored on devices.
The Court did consider the nature of the industry relevant to the proceedings and its competitiveness. As had been discussed in the case of Kebble and Others v Wellesley-Wood and Others, in order to overcome the difficulties a Sheriff may face in identifying documents, an applicant, attorney or computer expert may be present with the Sheriff in execution of such an order.
The issue the Court felt it had to decide was whether it would be fair and just to allow the Applicants and their legal representatives to inspect the removed items to assess whether they provide evidence relevant to the application or envisaged litigation. The court viewed this issue in light of the fact that copies may have been made of information beyond the scope of the Order.
The Court acknowledged that, due to the specialised nature of the industry of the Applicants and Respondents, the Applicants’ input may be vital in identifying and inspecting the removed items. However, such input may not infringe upon the protection of the Respondents’ rights.
As a result, the Court granted the amendment of paragraph 9 of the order to state:
“That, unless a different direction is obtained from the Court, and until 20 September 2020, the applicants’ attorney(s), in the presence of a supervising attorney, are entitled to inspect all or any of the removed items for preservation in order to assess whether they/it provide/s evidence relevant to the present application or to further legal proceedings envisaged in the application (“the Envisaged Litigation”).”
Value
The case provides significant value on the amendment or variation of Anton Piller order.