How long does a municipality legally have to provide Rates Clearance Figures after application therefor has been made? 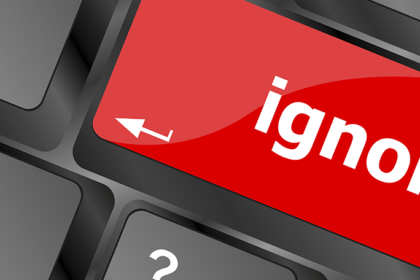 A disturbing trend is emerging in the property industry in terms of which hundreds of property transfers are being seriously delayed, not because of any of the parties to the sale, but rather because the municipalities are failing to provide rates clearance figures within a reasonable time after application for same is made, or in some cases, at all.

During a conveyancing process (i.e. while the lawyers are doing what needs to be done for a property to be registered in the new owner’s name), the conveyancing attorneys need to apply to the municipality in whose jurisdiction the property falls for “rates clearance figures”. These figures are used by municipalities to ensure that they get paid what is due to them by the seller, before transfer takes place.

The municipality will work out what the average monthly costs of each service provided to the property are, and then extrapolate that over a period of between 4 to 6 months (this is to cover the period that a transfer normally takes to be completed). Generally speaking, the seller of the property will then need to make payment to the municipality for these amounts and once the payment is made, the municipality issues a certificate to them, to set out that they have made payment of these amounts.

The “rates clearance certificate” is needed by the conveyancing attorney to lodge the transfer in the Deeds Office. It is a legal requirement to produce a valid rates clearance certificate, in order to show that any amounts due to the municipality in respect of the property being transferred were paid, before the Deeds Office will allow such transfer to be registered.

Ordinarily, it should take no longer than 10 – 14 days from the date of application for the conveyancing attorneys to receive the requested rates clearance figures and thereafter, once the payment of the figures has been made, approximately 2 to 3 days to obtain the clearance certificate. This means that this part of the process should not delay the transfer of the property from happening by much, and the property will generally register before the amounts to be paid per the clearance figures “expire”.

However, imagine you are a party to one of the below scenarios. You are in the process of selling your house and want to purchase a new house. The sale of the new house is dependent on the transfer of the old house. Your conveyancer approaches a municipality to provide clearance figures, so that the clearance certificate can be issued and the two transfers can take place, but nothing is forthcoming from the municipality. This massive delay causes the seller of your new house to pull out of the sale. Or imagine that you are selling your house and are called upon by the municipality to make payment of the rates clearance figures, which are duly paid, but then the municipality never issues the certificate, which means that the transfer cannot be registered. The municipality eventually takes so long, that not only is your sale in jeopardy, but you also have to make payment of the figures again, because they have expired.

To put it simply, the clearance figures are important because without them and without payment of them, you cannot obtain a rates clearance certificate. Without the rates clearance certificate, no transfer of an immovable property can happen. This is, accordingly, an integral part of the conveyancing process and if it does not happen quickly enough, it can cause a sale to fall through or other damages to be suffered by either the seller or the buyer (for example, you could end up paying occupational rent for months instead of making such payments towards your bond).

WHAT DOES THE LAW SAY ABOUT CLEARANCE CERTIFICATES?

For the purposes of this article the relevant excerpt of Section 118 of the Municipal Systems Act is set out below and reads as follows:

(a) issued by the municipality or municipalities in which that property is situated; and

(b) which certifies that all amounts that became due in connection with that property for municipal service fees, surcharges on fees, property rates and other municipal taxes, levies and duties during the two years preceding the date of application for the certificate have been fully paid.

(1A) A prescribed certificate issued by a municipality in terms of subsection (1) is valid for a period of 60 days from the date it has been issued.”

Unfortunately, the Act does not set out a time limit within which a municipality must issue the rates clearance figures (which are not mentioned in the Act at all) or the certificate after the figures have been paid. Further thereto, most municipalities have not drafted their own by-laws or policies to deal with clearance figures and where they do deal with them, they don’t usually expressly oblige themselves to issue these documents within a specific period of time. This means that (municipality dependent) there is usually no legal document which stipulates a specific procedure that is to be followed, or a timeline that should be adhered to, in relation to obtaining these documents.

This means that we need to turn to the common law for assistance. In terms of the common law, when asking how long a municipality has to issue a certain document after application has been made therefor, the relevant consideration would be, “what is a reasonable amount of time period to pass?” Accordingly, if you were to approach a reasonable person or a court for that matter, what would they say was a reasonable amount of time to pass, before the figures and then the certificate are to be provided by a municipality? Naturally, this could be tricky to answer because different municipalities find themselves operating with different levels of resources, and there might be a number of obstacles to the issuing of any particular document, which differ from one municipality, and even one application, to the next.

Considering that so many things can go wrong and such severe prejudice can be suffered because of a delay in the transfer of a property, any reasonable person would agree that a reasonable period in these circumstances ought not to be long enough to place the property transaction in jeopardy, or to cause any party to that transaction to suffer damages as a result of the delay.

HOW DO MUNICIPALITIES CALCULATE CLEARANCE FIGURES?

Municipalities give the consumer who has made application therefor two different amounts that could be payable to obtain a clearance certificate.  The first amount, known as the “full” or “historical” clearance amount, simply constitutes 100% of all amounts owing on the account plus a projection of 4 – 6 months of the average charges in connection with the property.  This figure should be readily available as it is extrapolated from the invoices already on the municipality’s system.  The second amount given is the “abridged” amount, which is issued in terms of section 118(1) of the Municipal Systems Act, and which consists only of all amounts added to the account in the two year period prior to the date on which the clearance figures are applied for.  Again, calculating this should be simple as adding up the total of the amounts which are already on the invoices.

There are a number of things which might delay the issue of figures, such as where the municipality needs to take actual readings of the meters at the property, because it hasn’t done this for some time.  This might extend the period within which figures are to be issued by a short period of time, but should not extend the period indefinitely or even by anything longer than (in our view) a maximum of 21 days, as this would constitute a reasonable time within which to resolve any internal issues that are delaying the issue of figures.  However, we caution that each case must be decided on its own facts and 21 days might be reasonable only in some cases.  Always consult with an expert in this field rather than relying on advice in an article which is non-specific to your case (such as this) before prosecuting a dispute with the municipality about your figures.

It is thus submitted that the issuance of the figures should reasonably take no longer than 10 – 14 days from the date of application therefor, if there are no issues which need to be sorted out internally.

The issue of a rates clearance certificate is much simpler.  After payment of the amount required has been paid, it should take no longer than 5 days to issue.  This is especially the case because most municipal systems require you to provide a proof of payment to the municipality before the certificate can be issued and thus the proof of payment is readily available to the municipality.

Important qualification:  The above time frames are in relation to non-problematic property sales and do not include those cases where there are issues with the accounts, meters or the like, or where you are dealing with a hijacked property or insolvent estate.

Unfortunately, there is no certainty as to exactly what would be considered reasonable in all circumstances and the only way to get the certainty that we seek is to approach a court for clarification. If you are faced with this kind of problem, it is always best to take professional advice to ensure that you are not prejudiced by the delay.