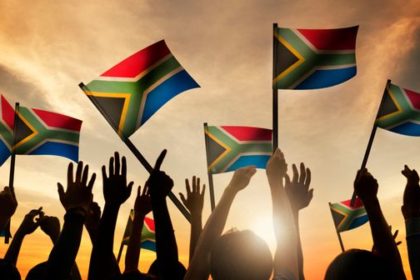 The Applicants central demand was a claim for “aboriginal title” and a declaration by the Court for the return of dispossessed land to the rightful landowners. Paragraph 7 of the judgment defines aboriginal title as:

“a right in land, one vesting in a community that occupied the land at the time of colonisation. Once such a title is established, the claimants may vindicate their land or, if it has been expropriated without adequate reimbursement, claim compensation”.

The Applicants made further claims for:

– the rejection of the application of tax laws to them; – a claim for all taxes paid by them; and

– the incarceration of past and present Presidents and members of parliament; and the establishment of a Cest Que Vie Trust for a R10 million payment to each member of the First Applicant.

In support of their claims the Applicants relied on a random collection of documents which included historical texts, biblical extracts, diagrams, and internet downloads,none of which were cross-referenced or annexed appropriately in their papers. The Applicants heavily relied on the case of Alexkor Ltd and Another v Richtersveld Community and Others 2004 (5) SA 560 (CC) which dealt with the return of land to a dispossessed indigenous community.

Furthermore, the Applicants challenged the application of the Constitution in the matter and requested that the court consider the application in terms of the common law.

In the First Respondent’s answering affidavit he contended the Applicant’s application on a number of grounds, including the description and composition of the First Applicant and the validity of its founding affidavit. Moreover, the First Respondent filed an exception in terms of Rule 23 on the grounds that the Applicants had failed to plead the facts necessary to sustain a cause of action and that South African law did not recognise aboriginal title.

The Applicants filed a replying affidavit in which they alleged new claims for new relief, and further expanded on their initial claims. The First Respondent argued that these new allegations and claims were valid as they had not been made in the Applicant’s founding papers as required by law, and argued the Applicants had failed to cross-reference the additional documents attached to their replying affidavit, some of which the First Respondent noted constituted hate speech, holocaust denial, and conspiracy theories.

The Court offered the Applicants a postponement for the opportunity to consult with the Richtersveld community and seeking legal counsel, to better structure their case, however, the Applicants rejected same, and judgement was delivered thereafter.

In relation to some of the claims made by the Applicants, the Court found as follows:

• Section 6 of the Constitution already provides for recognition of and the promotion the languages of the Khoi and San people;

• Section 235 provides for self-determination and does not preclude same for any community sharing a common cultural/language heritage within a specified territory; and

The Court further held that:

• It was only necessary to focus on the Applicants’ central claim, being the recognition of aboriginal title and the application thereof;

• The Applicants claim for a Cest Que Vie Trust was held to be incomprehensible and devoid of merit in South Africa. The application was accordingly dismissed with no order as to costs

This application highlights the marginalisation of indigenous people and the dispossession of land, but enforces the need to appropriately frame one’s claims. Furthermore, this decision highlights the importance of understanding and properly applying the Constitution in the context of developing the common law, applying customary law, and restitution of rights in land.

This judgement further evidences the potential for development of the South African common law in terms of foreign law, which would include the application of “aboriginal title”.