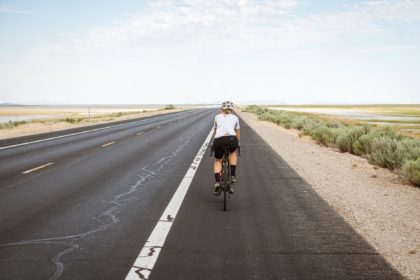 This judgement dealt with an application for condonation brought by the plaintiff (“Higgs”), related to the main action proceedings between the parties. Higgs had instituted a claim for damages after he suffered injuries due to an accident while riding his bicycle. Higgs alleged that the accident was as a result of road works being conducted by the First Defendant (the “City of Cape Town”) and the Second Defendant, the contractor who was performing such road works (“Martin & East (Pty) Ltd”). It is alleged that the defendants were negligent as they failed to uphold their duty of care whilst the roadworks were being undertaken.

The City of Cape Town is an organ of state and accordingly a notice  in terms of section 3(1)(a) and section 3(2)(a) of the Institution of Legal Proceedings Against Certain Organs of State Act (“the “Act”) was required to commence proceedings (the “Notice”). The Notice submitted by Higg’s attorneys was served 19 days after the statutory period provided for in the Act.

The court analysing the facts before it, determined that it took some time for Higgs to be in a position where he could quantify his injuries (due to the nature and duration of his injuries). Higgs in turn averred that once he was able to quantify his claim, that he had left the prosecution of his claim in the hands of his attorneys. Higgs’s attorneys proffered an explanation that the delay in filing the Notice was due to an error on the part of their candidate attorney, who did not diarise the date correctly. Plaintiff’s counsel argued that the Plaintiff was not in any way to blame for the late delivery of the Notice and that the Plaintiff should not be punished for an administrative oversight on the part of his attorneys.

The Court noted that the City of Cape Town had not denied that it was performing road works at the intersection but had rather simply denied that it was negligent. As a result, the Court held that the Plaintiff had made out a case with strong prima facie prospects of success. As Higgs exhibited every intention of pursuing his claim against the defendant’s, the Court held that he was bona fide in launching the application for condonation.

The Court held that the core issue to be decided was whether Higgs has shown good cause for his failure to deliver the Notice timeously. Regarding good cause, the Court held that the principles espoused in the case of MEC for Education, KZN v Shange[1] were relevant to its decision.  In which it was held: “that ‘good cause’ may include a number of factors that is entirely dependent on the facts of each case….”.

The Court held that the City of Cape Town had not suffered any substantial prejudice by the late delivery of the Notice, it contrasted that with the prejudice that would be suffered by Higgs should condonation not be granted and referred to this as ‘severe’. The Court differentiate the case before it, from others wherein condonation was not granted, on the basis that the prospects of success in the case before it were good. Furthermore, the delay was not suffered as a result of the Plaintiffs actions but was the fault of a third party.

The Court exercised its discretion in favour of Higgs and held that he had shown good cause for the delay in serving the Notice. The Court was therefore inclined to grant condonation for the delay. This was amplified by the fact that should the Court refuse to grant condonation, Higgs would be denied his constitutional rights as a result of a minor procedural irregularity, which was not of his own doing, in circumstances where no prejudice had been suffered by the City of Cape Town.

Condonation, for the late delivery of a Notice in terms of section 3(1)(a) and section 3(2)(a) of the Institution of Legal Proceedings Against Certain Organs of State Act (“the Act”), will be granted if good cause, amongst other factors listed in s 3(4)(a), (b) and (c) of the Act, have been  shown. Condonation will be granted on ‘good cause’ where the applicant is able to show that the late delivery of the notice is due to fault of a third party. The Court has a wide discretion in determining what constitutes good cause. Further the constitutional rights of the applicant must be considered, when determining if good cause is present.