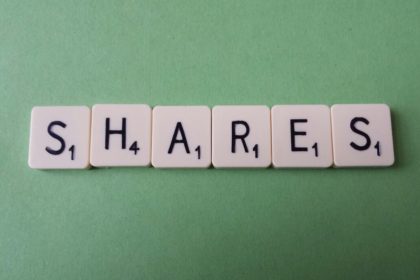 Written by Loyiso Bavuma and checked by Divina Naidoo

The main agreement between the parties, entitled ‘Certificate of Shareholding’, was reduced to writing and signed by the contracting parties. The agreement itself is common cause. It is in the interpretation of the agreement where the parties part ways.

The said agreement, which, ‘Certificate of Shareholding’, was in the form of a letter addressed to the applicant, requires legal interpretation. The relevant portions of the agreement provides as follows:

‘I, Andile Moses Mbanzeni, the managing director on behalf of WAX Engineering Consultants (Pty) Ltd, take the responsibility to confirm your shareholding portion of 40% with effect from the signing of this document. According to the Memorandum of Incorporation and the Rules and Regulations of the company the 40% shareholding equates to 400 ordinary no par value fully paid shares.

In consideration of contractual obligations within your current employment, the management of WAX Engineering (Pty) Ltd hereby further confirming that the registration of the shares with the appropriate statutory body, being the Companies and Intellectual Property Commission shall commence upon your resignation from the company you are currently employed, noted being Megatron Federal, and with a condition that you would be joining WAX Engineering Consultants (Pty) Ltd in full and permanent bases and be part of management.’

The respondents interpret these two clauses in the agreement as conditions precedent that the applicant would resign from the employment of his then employer, Megatron Federal.

The applicant also sought an order, in his capacity as shareholder, compelling the respondents to make available certain information.

Additionally, the respondents raised a point in limine regarding the prescription of the applicant’s claim.

The applicant left the employ of Megatron at the end of October 2015, which means that the applicant then became entitled to the transfer of the shares, which vested in him on 27 March 2015. No suspensive condition exists, however even if there were, it may be seen to have been fulfilled here.

The agreement itself says that effective the date of signature of the agreement, that being 27 March 2015, the applicant would become a forty percent shareholder in the second respondent. Secondly, at best for the respondents, the agreement states that the registration of the transfer of the shares into the name of the applicant would ‘commence upon [his] resignation from [Megatron]’. This means that the shares vested in the applicant on 27 March 2015  but would only be transferred to him on his resignation from his previous employer.

There is no merit in this contention, as the provisions are simply indicative of the duties and responsibilities of the applicant in terms of the contract, rather than a conditions precedent. Under the heading ‘Memorandum of Understanding’, the agreement provides as follows:

The shares presented are issued by the company to Mr Howard Cengani Gewu at no cost. In good faith Mr Howard Gewu agrees to embody and take ownership of all responsibilities demanded as part of obligations assigned to all shareholders of the company to ensure continuous growth, sustainability and wellbeing of the company, this also include reasonably assisting the company financially whenever a need arise.

The shares owned remains a sole proprietary of WAX Engineering Consultants (Pty) Ltd and are not transferrable to any third party and cannot be sold to any other party without prior consent from the founder and currently the managing director of the company, being Mr Andile Moses Mbanzeni. It is further confirmed that the founder of the company is entitled to be the first candidate to be consulted and offered the opportunity to purchase the shares considered being on selling and the purchase value of the shares shall be reasonable and agreed by the company’s management. A waiver to purchase the shares shall be in writing and signed by Mr Andile Moses Mbanzeni.’

The wording of the above clauses do not lend itself to an interpretation as contended for by the respondents. The clauses clearly contemplate and provide for the duties and obligations of the applicant pursuant to the agreement. The events and conduct of the parties subsequent to the signing of the agreement also demonstrate this.

The applicant commenced employment with the second respondent during November 2015 and his official title and capacity in the second respondent was described by the company as that of ‘Business Development Director’. He remained in that capacity until his dismissal on the 3 July 2019. This shows that the shares vested in the applicant on 27 May 2015 as does the actual wording of the agreement.

The applicant also applied to essentially compel the respondents to make available to him certain documentation, notably the annual financial statements and the bank account of the first respondent. In that regard, the applicant places reliance on the shareholders agreement and applies for these orders qua shareholder. The question is this: does the said agreement give him that right. Again, reference to the following wording of the agreement is instructive:

The agreement expressly entitles the applicant, as a shareholder, is entitled to have access to the books of account, as well as to any documents indicative of the financial situation of the second respondent. Thus, this order is to be granted.

The balance of the orders sought by the applicant in this application relates to the applicant’s employment with the second respondent. The applicant, for example, prayed for an order that a company house which he presently occupies be transferred into his name. His occupation seems to arise from his employment contract and it appears to be a fringe benefit enjoyed by him as senior employee. The applicant is not entitled to the relief relating to any employment contractual issues, notwithstanding the fact that the shareholders agreement makes reference to these fringe benefits. It provides as follows:

‘Upon signing of this document Mr Howard Cengani Gewu shall be entitled to benefit from all incentives issued by WAX Engineering Consultant (Pty) Ltd which are not part of remuneration. Every incentive shall be measured and payable per individual owner in a relation proportional to the percentage of the shareholding owned by the particular individual, unless otherwise specified and agreed by the management of the company.

The arrangement for registration of Mr Howard Cengani Gewu’s shares with the Companies and Intellectual Property Commission in consideration and fulfilment of above conditions is considered to be firm and irrevocable upon signing of this document.’

Thus, the agreement in question entitles the applicant to some of the relief prayed for by him.

The respondents also raised a point in limine, contending that the applicant’s claims had prescribed.

The applicant’s claim in this application is in the nature of a rei vindicatio – it is clearly a claim to ownership in a thing, namely shares in a company. It cannot on any reasonable interpretation be described as a claim for payment of a debt. If the rei vindicatio were to be extinguished after a period of three years, the owner, in casu the applicant, would thereafter be an owner in name only. He would never be able to exercise any of the powers that comprise ownership. The possessor of the thing, first respondent in the postulated scenario, would not be the owner of the thing but de facto he would be able to exercise all such powers except the institution of the rei vindicatio which, as he would not be the owner, would not be available to him. This would be anomalous.

For these reasons, the applicant’s rei vindicatio did not become prescribed after a period of three years. The point in limine by the respondents was dismissed.

This involves the interpretation of an agreement specifically in relation to the transfer of shares and when such obligation to transfer fell due.

This involves the interpretation of an agreement specifically in relation to the transfer of shares and when such obligation to transfer fell due.

Contract and Company Law; agreement to transfer shares in private company; interpretation of agreement; transfer of shares not registered in Companies Office;  effect of non-registration