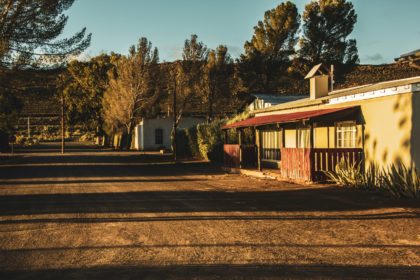 This instalment examines the newly gazetted and revised Expropriation Bill, which is intended to replace the existing Expropriation Act 63 of 1975 (“Expropriation Act”). Once brought into force of law (in whatever form it may eventually take) it will govern expropriation of all property in South Africa, together with section 25 of the Constitution of the Republic of South Africa (“the Constitution”). The comments made herein are intended to give the reader an update on the current proposals “on the table” insofar as expropriation is concerned, and to illustrate how far the debate has evolved since it first started in 2018. Much criticism was levelled at the first version of the bill, published in December 2018.

Do we still need to amend Section 25 of the Constitution?

The authors remain of the view, in the good company of some of the most distinguished minds in the country on this score, that there is no need to amend Section 25 of the Constitution to permit and indeed even to promote expropriation without compensation, provided that one accepts that all government action must be just and equitable in line with Section 36 of the Constitution. It appears, from our reading of the Bill, that this has been accepted by the authors thereof (although we are most certainly speculating in this regard). If the government genuinely intended to amend Section 25 of the Constitution as proposed, it would be odd that it would propose a new Bill that expressly refers to the existing (and unamended) version of Section 25, and which mirrors the provisions of Section 25 in several respects. It would seem like an enormous waste of time and energy for the government to spend just shy of 2 years fixing a bill, only to bring it into force of law based on a section in the Constitution that will be amended, which would then give rise to the need to potentially scrap or substantially amend the legislation that had only just recently commenced. If indeed our assumptions are correct, and it has been accepted that there is no need to amend Section 25, this is an enormous step in the right direction for government and the people of South Africa, and is to be applauded.

Timing of the Gazette

The Bill was released giving adequate time to the public to properly consider it and make submissions, over a period of ordinary business activity. This is notably better than on prior occasions when critical draft pieces of legislation pertaining to expropriation were released (some argue, strategically) over the festive season to avoid as many public comments as possible. Critics of the timing of the release of the prior version of the Expropriation Bill and the draft amendments to Section 25 of the Constitution, however, will no doubt argue that this supports the argument that those prior versions were released strategically to bolster political support just before elections. Readers must draw their own conclusions in this regard.

This Bill is substantially more comprehensive, carefully drafted and provides much more clarity than the prior version in many respects. For example: –

We have argued in prior articles that not compensating mortgage bond holders upon expropriation is a violation of the right to property where there will be insufficient compensation to settle the bond. This remains our view. However, this version of the Bill does give better protections to bond holders, inasmuch as it provides that, if the owner and bondholder do not reach agreement, the compensation due to the owner is paid to the Master and held there whilst the dispute continues – which would hopefully bring the owner to the table and operate in the bond holder’s favour.

We remain concerned at this status, however, and we urge bond holders to challenge this as a violation of constitutional property rights. It is recognised by both our Constitutional Court, and by the Bill, that the bond is a form of property worthy of protection, yet the protections given to it are far inferior to that of any other class of property. Banks play an essential role in economic growth through the granting of loans and extension of credit, and they would be unlikely to continue doing so, if they are insecure in the security that they would hold for such a loan. There is no reason that banks   should be treated like second class citizens. The notices referred to in section 21 should similarly include bondholders – why do they not have a right to know what is going on?

Conclusion The legislature has, thankfully, meaningfully engaged with the submissions made in relation to the prior version and has largely resolved the majority of the more concerning objections raised thereto. This version 2.0 is substantially more thoughtful, comprehensive, practical, clearer in its intent and, in the authors’ views, an excellent move away from a knee-jerk reaction to a populist political objective towards a just and equitable legislative framework for expropriation in South Africa.

[1] *A list of the earlier articles in this series which give a chronological analyses of events as they have unfolded over the last few years in relation to the issue of expropriation, can be found at the end of this article.

[2] We are not arguing here that they should be compensated – that is an argument for another day.

Articles in this series (in chronological order):

The Debate over Expropriation without Compensation (April 2017) available at https://www.schindlers.co.za/news/the-debate-over-expropriation-without-compensation/

Public Purpose and Public Interest in the Context of Expropriation (May 2017) available at https://www.schindlers.co.za/news/public-purpose-and-public-interest-in-the-context-of-expropriation-of-property/