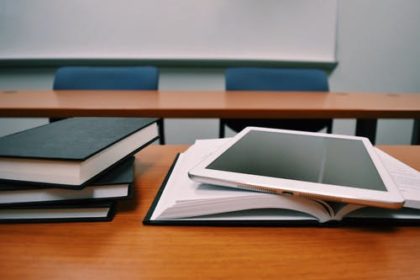 By Courtney Altmuner and checked by Caitlin Wilde

The First Respondent’s written determination (“the Determination”) encompassed extensive explanations for his conclusions, and which further included that R3 253 484,41 was payable by the Appellant to the Second Respondent (“the Obligation”).

The SCA held that, ground (1) referred to hereinabove, was dispositive of the Review Application on its own. The SCA was tasked, in this regard, with determining whether the Court a quo’s reasoning for same was in fact correct.  The Court a quo’s rationale in this regard was that, by referring the disputes to arbitration, the Appellant chose to impose one of two mutually exclusive remedies, resulting in the waiver of the right to take the First Respondent’s Determination on judicial review. However, the SCA held that because the review was, inter alia, based on alleged procedural unfairness, whereas the arbitration would involve a rehearing of the merits of the Appellant’s claims in terms of the Contract, these remedies were not mutually exclusive.

The SCA held that in terms of a clause in the Contract, the arbitrator is able to revise the adjudicator’s determination as if it had not been issued or given. Thus, the Determination may be returned upon a further step in the agreed procedure for the settlement of disputes.

The SCA referred to the judgment of Wahlhaus and Others v Additional Magistrate, Johannesburg and Another, wherein the Court laid down a general rule that the power of review should only be exercised ‘in rare cases where grave injustice might otherwise result or where justice might not by other means be attained’. The SCA held that the Appellant did not place its case for the review of the First Respondent’s determination within the ambit of the principles set out hereinabove. The SCA held that the nature and purpose of the adjudication was designed to provide interim resolutions of disputes and that the First Respondent was given wide inquisitorial powers to resolve the disputes expeditiously and without great expense. However, the First Respondent’s Determination was not dispositive of the disputes, as same may have been overturned during the final stage of the dispute resolution process. The SCA held that the Appellant agreed to be bound by the First Respondent’s determination. Its next available remedy was to refer the matter to arbitration, which it did and could have pursued efficiently.

In relation to ground (3) as set out hereinabove, it is common cause that a judicial review is not related to the accuracy of the outcome in relation to the substantive merits of the decision in question, but rather with the fairness and regularity of the procedure by which the decision was reached. Consequently, the SCA held that the Court a quo erred in entering into and deciding upon the substantive merits of the claim and that the dismissal of the Review Application could not properly have been based on ground (3).

The SCA, therefore, dismissed the Appellant’s application with costs.

It is common cause that parties to a contract are bound by the conditions contained in said contract, including, inter alia, the dispute resolution clauses. The result of same is that, the parties often relinquish their rights to approach the courts until such time as the dispute resolution mechanisms, such as arbitration or adjudication, provided for in Contract have been exhausted. Moreover, the power of review should only be exercised ‘in rare cases where grave injustice might otherwise result or where justice might not by other means be attained’.

The SCA was tasked with an appeal wherein it had to decide whether the Court a quo’s decision to dismiss a Review Application, was correct, in circumstances where the Appellant had other dispute resolution mechanisms available to it in terms of a Contract and was obliged to exhaust those remedies before approaching a Court.