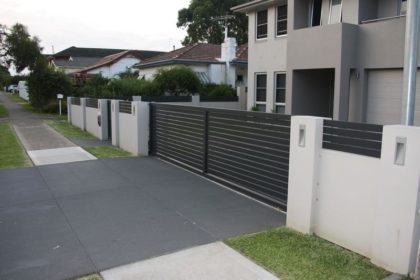 Common boundary walls or party walls have become a topic of importance in modern day suburbia.  With the burgeoning population and proliferation of privately owned urban property ownership in South Africa today, the number of “wall disputes” is blossoming concomitantly. This article will explain what a party wall is, the varying legal theories regarding same and the rights and remedies of a prejudiced property owner in relation to common boundary walls.

A party wall is generally described as a wall or fence erected on, above or over the physical boundary between two properties. You will immediately notice how non-specific this definition is. A common misconception in neighbour law is that the rights of owners in relation to a party wall are derived from which owner erected the wall or fence, or what the intention of the property owner was when it was erected.

In Dorland and Another v Smits, the court defined a party wall as “one which stands partly on one property and partly on the adjoining property”.  There is no reference to who constructed the wall or for what purpose in this definition.

Our law provides that unless there is any evidence to the contrary, a wall that forms the boundary between two properties is deemed to be built across both pieces of land.  This assumption, however, can be disproven by evidence showing that the property is built only on one person’s land.

Although a wall or fence is often an indicator of the dividing line where one property ends and another begins, it is vital to understand precisely where the boundary of the property lies because the type of wall will determine which legal principles apply to the dispute. Party walls are dealt with differently to walls/fences built solely on one neighbour’s land. In order to be sure whether you are dealing with a party wall or another type of wall, you may need to have a surveyor check the boundaries of the property as registered in the Deeds Office.

Rights and Remedies flowing from a party wall

The nature of a party wall and a neighbouring owners’ rights are somewhat unclear in South African law.

There are two schools of thought on the nature of party walls.

The one school of thought holds the view that neighbouring landowners are bound co- owners of the wall. This means two neighbouring landowners are co-owners of the fence built or erected on the boundary between their properties. Academics that subscribe to this school of thought are of the opinion that a special relationship is established once the parties become neighbours and occupy adjoining properties, and the relationship terminates when either party ceases to occupy, or sells, the property.

In accordance with the co-ownership school of thought, the co-owners have full entitlements of use and enjoyment of the party wall or fence, but they can only utilize it in a way that does not prejudice the other neighbour.

Use of the party wall that affects the wall as a whole can only be undertaken with both neighbours’ consent, unless it is an emergency and immediate action is necessary. Additionally, neither neighbour is allowed to demolish the party wall without the other’s consent.

Notwithstanding the aforesaid, some authors have objected to the above-mentioned view on the basis that the wall does not stand on commonly owned land but on two separate pieces of individually owned land, and they reason thus that treating the wall as common property while the two sections of land underneath it are owned by two separate individuals conflicts with the principle of attachment, according to which permanent structures belong to the owner of the land on which they stand.

This leads to the second school of thought, which holds that half of the wall up to the midpoint, belongs to each of the neighbouring property owners individually and that each owner has a tacit servitude of lateral support against the other. This theory is not without difficulty, however, as was seen in the case of Dorland and Another v Smits , where 88% of the wall stood on the one piece of land and the remaining 12% on the other piece. In such a case, it would appear that the wall belongs to the parties proportionally to the part of the wall standing on their property.

Both schools of thought have their flaws and attract criticism, and there is still some uncertainty with regards to the nature of the boundary walls and the rights of the neighbouring property owners in our law today.

What does this mean for neighbouring property owners?

The most common disputes surrounding party walls, are:

#1.  Dispute over location of wall

In the case of where the true location of the party wall is disputed, the first step would be to get a land surveyor to survey the property according to the official diagram that is lodged with the Surveyor General in Pretoria. If it is found that the party wall falls 100% on the property of one neighbour, then that neighbour is deemed to be the owner of wall and they will be solely liable for the costs and maintenance of the wall and the neighbour will have no rights or obligations in relation thereto.

#2.  Dispute over neighbour acquiring part of your land through prescription

It is relatively common that one neighbour will claim that, after 30 years, if they had possession of and utilized a party of their neighbour’s property because the wall was in the wrong place, that they became the owner of that property by ‘capturing’ it through acquisitive prescription. In De Meillon v Montclair Society of the Methodist Church, the dispute revolved around the true location of the party wall. In this case the Applicant who owned the neighbouring property intended to institute action to establish that he had acquired a certain piece of adjourning land by prescription. The Applicant applied for a temporary interdict restraining the Respondent from destroying the hedge that was long regarded as the boundary between the two properties and building a wall on what the surveyor identified as the true boundary.

The De Meillon case indicates how the court applied the principles of acquisitive prescription and the importance to property owners of establishing the true location of the boundary line between adjoining properties, to ensure their rights in the party wall are not negated and to protect their properties from diminishing by their neighbour acquiring some of their land through acquisitive prescription.

Another common dispute that often arises is the case of encroachment, which often arises when neighbours take security measures such as erecting an electric fence, or metal spikes on the top of one side of the party wall that detract from the aesthetic appeal of the adjoining neighbour’s property.

In the Dorland case, the Appellants had erected an electric fence on the top of an existing wall between their property and that of the neighbour, who was the Respondent. The electric fence was attached to the Appellant’s side of the wall and protruded half a metre over it.

The Respondent applied for and were granted an order in the court a quo to remove the fence based on the fact that it detracted from the aesthetic appeal of the Respondent’s property and was a nuisance in that it was dangerous for the Respondent’s gardener.

In the case of lateral support, disputes could potentially arise in the case of where one party is renovating or seeks to refurbish their side of the party wall, or even break it down and rebuild it entirely.  In this regard, the law indicates that adjoining property owners have a duty of lateral support towards the party wall. This means that should one neighbour’s conduct potentially threaten the stability of a party wall and the adjoining property owner suffer damages, the prejudiced party will have a claim for damages.

A neighbouring property owner may build on their half of the wall, if it is strong enough to bear the additional burden, but if the whole wall requires strengthening, the consent of the other owner is required.

Notwithstanding, should the owner build over the middle of the wall, or place an unreasonable burden on the whole wall by building up on their half of the wall or by increasing the load on their side of the wall by putting too much soil behind it for the wall to retain, the normal remedies for encroachment are available to the affected neighbouring property owner.

In accordance with the co-ownership theory (which is the theory most likely to be applied by the courts), ownership in the party wall is presumed to be shared and therefore the cost of maintenance and erection of the party wall is shared between the neighbours.

With regards to the second theory which holds that half of the wall up to the midpoint, belongs to each of the neighbouring property owners individually, the costs will be split between the neighbours based on the proportion of ownership of the party wall (which in reality will not be easy to do).

Party walls are a contentious issue in neighbour law as they represent physically as well as metaphorically the line where neighbours’ interests meet.

In order to ensure amicable living conditions, it is always advisable that neighbours should try to reach an amicable solution and try to resolve disputes surrounding party walls through meaningful engagement before approaching the courts.