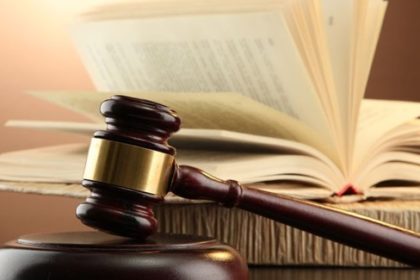 By Courtney Altmuner and checked by Stefan Bezuidenhout

The High Court of South Africa, Gauteng Local Division (“the Court”) was tasked with deciding a matter in which an application was instituted by Discovery Ltd (“Discovery”) against Liberty Group Ltd (“Liberty”) seeking an interdict against Liberty to the extent that Liberty be prohibited from continuing to infringe Discovery’s trademarks, and, its unlawful competition. Discovery further sought relief for (i) an order directing that an inquiry be held into the damages Discovery allege to have suffered from Liberty’s trademark infringements, and, (ii) an enquiry into the damages Discovery alleges to have suffered as a result of the alleged unlawful competition.

The background to the relief that discovery sought was essentially the fact that Liberty was allegedly unlawfully and unfairly using the Discovery Vitality Programme, which is disputed. However, it is common cause that Liberty is a direct competitor of Discovery life Ltd (“Discovery Life”) as Liberty offers life insurance and related products such as sickness cover, dread disease cover, disability cover and income protection, as does Discovery Life.

The Court had to firstly determine whether there has been an infringement in terms of section 34(1)(a) of the Act. The Court held that Liberty’s use of the trademarks in certain of their documents is not trade use for the purposes of section 34(1)(a).  Liberty has used the trademarks in a limited manner, restricting the use to two documents.  The purpose of the use is to notify Liberty Plan customers that Liberty recognises Discovery Vitality membership as membership of an external, third party wellness programme that will qualify the customer in terms of the Wellness Bonus policy.  It uses the trademarks to capture, in the two documents, the information that is supplied by a customer who is a member of Discovery Vitality. It uses the name of the programme disclosed by the customer in order to identify the external wellness programme operated and maintained by Discovery Vitality.  As such, its use is descriptive and not trademark use. Liberty does not appropriate the origin of the Discovery wellness programme. As such, the Court held that Discovery’s complaint of an infringement in terms of section 34(1)(a) of the Act could not succeed.

Secondly, the Court was tasked with determining whether there has been an infringement in terms of section 34(1)(c) of the Act. The Court held that our courts are clear in this regard in that advantage through another’s trademark is not per se an infringement under the aforementioned section. The Court held that It is not sufficient, as Discovery have, to simply broadly assert that Liberty’s use of Discovery’s trademarks will lead to the sale of Liberty Plan policies and that this will be to the detriment of Discovery Life.  Such a broad assertion ignores the reputation that Liberty itself has in its own trademark, and its prominent use of its own trademark in the same documentation in which it makes relatively limited, non-confusing and descriptive reference to Discoveries trademarks. The Court held further that Discovery adduced no evidence in support of its asserted likelihood of significant damage to its reputation. In the circumstances, the Court found that Discovery failed to establish liability on the part of Liberty under section 34(1)(c) of the Act.

Finally, the Court had to determine whether Liberty had been unlawfully competing with Discovery. The Court held that there exists no convincing reason to accept Discovery’s invitation to extend the common law concept of boni mores to the facts of the matter at hand.  Liberty competes with Discovery Life in the insurance trade.  It has not acted contra bonos mores as a trade competitor by using the Vitality status developed by Discovery Vitality as a risk substitution in Liberty’s Wellness Bonus component of its Liberty Plan.  The Court held that to find otherwise would be to do precisely what the Constitutional Court warned against in Phumelela Gaming and Leisure Ltd Gvründlingh and Others,to confine the boni mores consideration to the impact on section 25 of the Constitution of the Republic of South Africa, 1996, alone. To accept Discovery’s “group wrong” approach would encourage monopolistic control by a group of companies in the insurance industry, which is something the Constitutional Court also cautioned against in Laugh It off Promotions CC v Intl (Finance) BV t/a Sabmark Intl (Freedom of Expressions Institute as Amicus Curiae.)  On a proper balance of the proprietary interests claimed by Discovery against the broader constitutional imperative of competition and the public welfare, the Court found that Liberty’s conduct is consistent with the prevailing boni mores of South African society, and is not wrongful.

The Court held that in the absence of a finding that Liberty’s conduct is wrongful, Discovery has failed to satisfy the requirements of the Acquilian action.  For these reasons, the Court held that Discovery’s cause of action based on unlawful competition must fail.

This decision is of significant value as the Court gives one proper guidance and direction as to the issues surrounding one’s data and when one would in fact be infringing upon another’s data, in order to derive benefit from same.

The primary issue that the court had to determine in this matter was whether Liberty had infringed Discovery’s trademark and whether Liberty has unlawfully competed with Discovery by making “unlawful and unfair use of the Vitality programme, its reputation and the “back-office” that it entails.”