Directors’ Duties to a Company when Considering Business Rescue 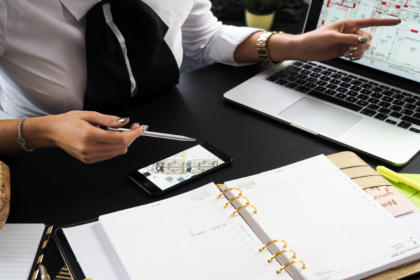 With the enactment of the Companies Act 71 of 2008 (the “Act”) and the introduction of business rescue proceedings, ‘rescue culture’ has become solidified in South African company law.

What is business rescue?

In order for a company or close corporation to be regarded as being ‘financially distressed’, there must be no reasonable prospects that the company will be in a position to pay its debts as they become due and payable, within the immediate six months or, it must be reasonably likely that the company will become insolvent, within the immediate six months. As for the question of whether there are any reasonable prospects of the company be salvaged, various, internal and external, factors must be examined. Once these two factors have been convincingly satisfied, the business rescue process may be initiated. The process can be started either by the board of directors, voluntarily, with the passing of a resolution; or by way of court application made by affected persons. For this purpose, an affected person in relation to the company refers to shareholders, creditors, any registered trade union representing employees of the company and employees not registered to a trade union and their respective representatives (section 128(1)(a)).

Where a business is deemed to be financially distressed and has reasonable prospect of recovery, there is a duty on the board of directors to act in the company’s best interest.

Section 129(7) is a safety net that has been designed to protect creditors and affected persons. Where the board of directors of a financially distressed business fails to adopt a resolution to commence business rescue proceedings, and such proceedings are regarded as being necessary, there is an obligation on them to deliver a written notice to all affected persons. The notice must set out the test for financial distress and the extent to which it applies to the company, as well as an explanation why the board has elected not to pass a resolution initiating business rescue proceedings.

Once this notice has been sent out, it is likely that a company may face various challenges when dealing with creditors, as the creditors will be aware of the financial stress that the company is under.

Liability for loss or damage suffered by affected persons

Besides the immediate damaging effect that section 129(7) may have on the day to day running of a financially distressed company, the directors may be held liable for any loss or harm suffered by an affected person as a result of  them not placing the company into business rescue or complying with section 129(7).

Although section 129(7) of the Act does not sanction a company for failing to comply with the provision, there may be severe consequences for not doing so. Section 22(1) of the Act speaks to reckless trading and dictates that a board of directors must not carry on its business recklessly, negligently, or with intent to defraud any person or for any fraudulent purpose. This section is to be considered together with section 77(3)(b) of the Act, which states that a director of a company is liable for any loss, damages or costs sustained by the company as a direct or indirect consequence of the director having acquiesced in the carrying on of the company’s business. This means that, if a company fails to adhere to section 129(7) and continues to incur debt while insolvent, with no prospects of repaying its creditors, the directors may be held personally liable for any loss, damage or costs sustained by the company or any affected person (see section 218(2)).

Alternative to the commencement of business rescue proceedings

As a creditor, approaching court to initiate business rescue proceedings against a company may be a costly and lengthy exercise. Therefore, it may be worthwhile for companies experiencing financial distress to approach their creditors directly, in an attempt to reach a compromise regarding their financial obligations (see section 155). This mechanism is available to all companies, irrespective of their financial position, which may be especially useful for smaller companies who have fewer creditors. The successful execution of a compromise with specific creditors may be a way to ensure the survival of a company without having to take on the additional risks or costs associated with business rescue. Such an approach does however leave little room for certainty and may inevitably result in the company having to pursue business rescue or even liquidation.

Although this form of restructuring may be an appealing alternative to business rescue, its success is obstructed by section 129(7). Given the pre-emptive nature of section 129(7), a positive duty is placed on directors facing financial distress, to notify all affected persons of the company’s financial plight. The section does not, however, indicate the timeframe within which a company is to notify affected persons. As such, one would have to assume that, from the time the board becomes aware that reasonable grounds indicate that the company is financially distressed and there are prospects of rescuing the business, it would be expected to make a swift decision regarding the necessity of business rescue. This leaves the company with a small window of opportunity within which to contact its creditors and discuss the possibility of concluding a compromise before its creditors decide to initiate business rescue proceedings themselves. Accordingly, reaching a successful compromise is extremely difficult where the company is already financially distressed due to the restrictive, and somewhat ambiguous, time periods of section 129(7).

As a director you are duty bound towards your company and are to act in good faith and in the best interests of the company at all times.

Should directors neglect their duties towards their company and stakeholders by continuing to operate without having proper consideration for its weakening financial position, they leave themselves vulnerable to creditors and may very well be held liable for the loss or damage incurred by the company itself or affected persons, as a result of this conduct.