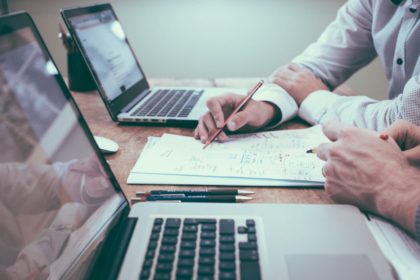 The Supreme Court of Appeal (“SCA”) judgment of Diener N.O. v Minister of Justice and Others (926/2016) [2017] ZASCA 180 has significant implications for business rescue practitioners (“BRPs”) when applying for the conversion of a business rescue into a liquidation.

Mr Ludwig Diener (“Diener”) was the BRP appointed to oversee the business rescue of J D Bester Labour Brokers CC (“the CC”). After the commencement of business rescue, a firm of attorneys was instructed by the CC to launch an urgent application against a secured creditor, to stay the sale in execution of the CC’s immovable property. The attorneys submitted their account for this work, to Diener. A few months later, Diener concluded that the CC could not be rescued and instructed the attorneys to bring an application in terms of section 141(2)(a) of the Companies Act 71 of 2008 (the “2008 Companies Act”), to convert the business rescue proceedings into liquidation proceedings. The accounts of the attorneys and the BRP were submitted to the liquidators of the CC, however, they could not agree on the manner to deal with such accounts. The Master decided that Diener had failed to prove a claim in terms of section 44 of the Insolvency Act 24 of 1936 and that the attorneys were an unsecured creditor. Diener launched an application in which he sought to have the First and Final Liquidation, Distribution and Contribution Account reviewed and set aside. The application was dismissed and leave to appeal was granted.

Issues considered by the SCA

The court had to consider whether, when business rescue proceedings are converted into a liquidation, a BRP’s claim for fees and disbursements enjoys a ‘super-preference’ over all secured and unsecured creditors and further, whether such fees and disbursements must be proved in terms of section 44 of the Insolvency Act.

In respect of the issue of the BRP’s ‘super-preference, the court held that it is only during ongoing business rescue proceedings that a company would have to pay certain of its debts in the order of preference set out in section 135 of the 2008 Companies Act. It is only section 135(4) that is concerned with the consequences of a failed business rescue, which retains the aforementioned set of preferences, subject only to the costs of liquidation. This section, to the limited extent that it has to do with liquidation, says nothing about the ‘super-preference’ contended for over secured assets.

The court further held that section 143 of the 2008 Companies Act regulates the BRP’s right to be paid his/her fees during business rescue proceedings which ranks ‘in priority before the claims of all other secured and unsecured creditors’ i.e. those persons who have, or have been deemed to have, provided the company with post-commencement finance, and does not apply to the company’s pre-business rescue creditors.

The court further held that Diener’s argument of ‘super-preference’ would lead to a situation where, if, business rescue proceedings were converted to liquidation proceedings, there was no free residue in an insolvent estate to meet the costs of liquidation, the BRP would be paid his/her fees and disbursements out of realised secured property, whilst the costs of liquidation would not. The court held that this result could not have been intended by the legislature.

The court concluded that s 135(4) and s 143(5) do not create the ‘super-preference’ contended for on behalf of Diener. In terms of section 135(4), the order of preference is as follows: secured claims, costs of liquidation and then the BRP’s fees and disbursements.

In respect of the question of whether Diener was required to prove his claim for fees and disbursements, the court held that a BRP is not included in the list of persons who need only submit their accounts, i.e. those who render services in relation to sequestration proceedings and the administration of the insolvent estate. Diener, as a creditor of the CC, was therefore required to prove his claim in terms of section 44 of the Insolvency Act and he had failed to do so.

A BRP is required, by law, to apply for the conversion of business rescue proceedings into liquidation proceedings as soon as it becomes clear that the business is incapable of being rescued. The SCA’s interpretation of the abovementioned provisions leads to the situation in which the BRP’s expenses in lodging the aforementioned application would rank as a concurrent claim in liquidation. Such interpretation could not have been intended by the legislature, since it would mean that a BRP would expose him/herself to the risk of incurring out of pocket expenses by applying for a company’s liquidation, whilst being required, by law, to apply for same. Consequently, BRPs will think twice before accepting appointment and the risks associated therewith.