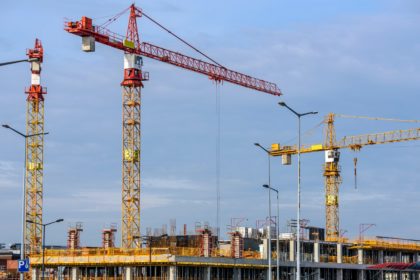 The matter is premised on the provisions of section 345(a)(i) of the repealed Companies Act 61 of 1973 (“the Act”), which provides that a company will be deemed to be unable to pay its debts if the creditor of said company has served a demand on the company, requiring the company to pay the amount due, and the company fails to make payment of the amount owed.

The above section provides that a company is required to pay the amount within 3 (Three) weeks; failing which, and according to section 344 (f) of the Act, a company may be wound up by a Court.

The Applicant contended that, since the Respondent did not pay the amount of R168,150,000 within 21 (Twenty-One) days of service of the section 345 Notice, the Respondent is deemed to be unable to pay its debts, and is therefore, commercially insolvent.

Another creditor of the company (“the landlord”), applied for leave to intervene in the matter. The landlord contended that the company owes it a total of R300,000 in unpaid monthly rent, of an immovable property situated in Kathu, Northern Cape.

In a liquidation application, brought under section 344 and 345 of the Act, where prima facie proof of the indebtedness exists, the onus is on the company to show that the indebtedness is disputed on bona fide and reasonable grounds.

Further to the above, a Court is required to determine whether an Applicant’s claim is disputed on bona fide and reasonable grounds.

The court held that the Respondent’s defence to invoice 1029 was untenable and far-fetched and therefore, rejected same.

In considering the Badenhorst principle, the court held that the debt arising in respect of invoice 1029 was not disputed on bona fide and reasonable grounds.

In determining whether the Applicant’s claim, in respect of invoice 1033, was disputed on bona fide and reasonable grounds, the court held that the Applicant knew the work in respect of invoice 1033 was done for tender purposes and that the Respondent may not obtain the tender. Therefore, it did not appear unreasonable that the parties would agree that payment for services rendered would only occur if the tender was successful.

The court held that the landlord’s debt is not disputed on reasonable and bona fide grounds. Further, that the Respondent should be wound up on the basis of section 345(1)(a)(i), and section 344(f) of the 1973 Companies Act.

The case highlights the importance of setting out a bona fide and reasonable defence in respect of debts raised against a party, in the context of a liquidation application.

The primary issue that the Court had to determine in this matter was whether the defences, raised by the Respondent, qualify as bona fide and reasonable defences in the context of a liquidation application