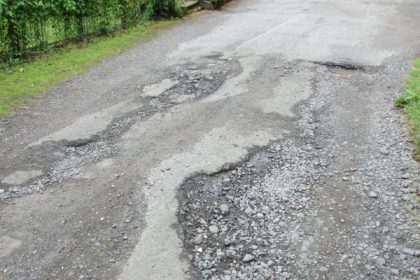 The focus of the judgment is whether the Court has jurisdiction to make an order based upon the agreement of the parties’ legal representatives, where one of the parties had not agreed to the order. Mr Mark Gary Denby, (“the Plaintiff”) was injured when his bicycle struck a pothole, whilst he was cycling on a road in Kempton Park. He instituted an action for damages against the Ekurhuleni Metropolitan Municipality (“the Defendant”). The merits of the action were settled between the parties and made an order of the Court. The only issue remaining for trial was the calculation of the quantum of the Plaintiff’s heads of damage.

A joint memorandum was filed by the legal representatives which recorded that an extensive pre-trial meeting had been held where the parties’ inter alia “(v) resolved that there was no further factual or legal lis which could possibly require determination by a court; and (vi) agreed that there was no discernible lis between the expert witnesses or the parties in respect of the issues to be determined” (the “Joint Memorandum”). Moreover, the Joint Memorandum referred to an attached exhibit, which admitted and confirmed agreement on the quantification of all heads of damages, and which contained an amount that the parties’ legal representatives would jointly seek that the Defendant be ordered to pay.

The Court held that Uniform Rule 37[1], the related provisions of the Practice Manual[2] and directives[3] require the parties to constructively engage with each other in pre-trial proceedings to narrow the issues that remain in dispute. In doing so, the parties’ legal representatives had reached the conclusion (as recorded in a recent pre-trial minute) that “there is no discernible lis between the expert witnesses or the parties in respect of the issues to be determined”.

The Court drew authority from the decision of MEC for Economic Affairs, Environment and Tourism, Eastern Cape v Kruizenga and another[4] (“Kruizenga”), wherein the Supreme Court of Appeal (“SCA”) drew a distinction between settlement agreements reached outside the context of conducting the trial in the normal course of events and those consequent upon rule 37 conferences. The Court restating the decision of Kruizenga stated that “it is settled law that a client’s instructions to an attorney to sue or defend the claim does not generally include the authority to settle or compromise a claim or defence without the client’s approval … attorneys generally do not have implied authority to settle or compromise a claim without the consent of the client[5] [but] the instruction to an attorney to sue or defend a claim may include the implied authority to do so, provided the attorney acts in good faith”. (emphasis added)

It was further noted that it was both usual and customary that the appointment of a legal representative by a defendant would include various instructions, such as drafting a plea and attending to pre-trial procedures such as Rule 37 conferences. If the representative is given an instruction to attend a pre-trial conference, albeit absent express instructions to the contrary, the representative has the authority to discharge his duties as required of him in the conduct of the pre-trial conference. This includes the making of admissions as appropriate to narrow the scope of the action between the parties. If this resulted in there being no lis between the parties, then it would not be untoward for the legal representative to also agree to the invariable outcome of the consequence of those admissions. As reasoned in Kruizenga “it could hardly be asserted that the admissions fell within his usual authority, but the settlement, which amounts to a string of admissions, not.”

However, the circumstance here were distinguishable from the Kruizenga judgement as in the present instance there was an express recordal in the pre-trial minute that the defendant had not authorised the settlement of the matter. Therefore, there can be no question that the defendant’s legal representatives did not have the requisite mandate and/or authority to settle.

In support of this proposition, the Joint Memorandum evidenced constructive engagement between the parties. The Court reasoned that if the Defendant’s legal practitioners did not have the authority to jointly agree to the Court making the order, that was a direct result of the constructive engagement as envisaged under Rule 37, this would defeat the purpose of the Rule 37 engagements and that this would otherwise severely hamper the conduct of civil trials, as the procedure encourages expedient settlement of the matter.

As the Defendant did not seek to agree an appropriate order with the Plaintiff, the legal representatives either had to withdraw as attorneys of record (in the absence of instructions) or to appear in court and refrain from advancing the Defendant’s case. This would be prejudicial to the defendant as the damages sought in the action are significantly larger than the amount agreed to in the Joint Memorandum. The Court further indicated that “there is nothing on the papers” that indicate that the defendant expressly forbade its attorneys from acting in this manner.

The Court found that in the present instance the defendant had left it in the hands of its legal practitioners to deal with the matter.  This, in absence of an indication to the contrary, would include an allowance for the making of such admissions and confessions, at a pre-trial conference, as were appropriate in the circumstances. The implication is that this would include the ultimate consequence of such admission and confessions, that is agreeing to an order to be granted if the outcome of the pre-trial engagement envisaged such. The Court was therefore able to grant an order on the terms agreed to by the parties’ legal representatives during the Rule 37 engagement.

Legal representative’s may by virtue of their implied authority agree to the settlement of a dispute, during the course of a pre-trial conferences, despite a lack of instructions to the contrary as there is a difference between settlements made outside of litigation and those made during the course of litigation. If the actions were bona fide, the representatives would be entitled to jointly seek a consent order.

[2] Chapter 6.12, paragraph 4 of the Practice Manual for this Division (October 2018), which expressly provides that: “Parties have a continuous obligation to seek to narrow issues and to comply with the substantive requirements of Rule 37”