COVID-19: Cancellations and Postponements and the Consumers Rights to a Refund 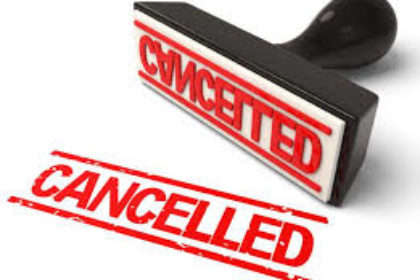 Globally, major sporting events, festivals, conferences, accommodation, flights and bookings in general have been postponed or cancelled as a consequence of the COVID-19 pandemic. In South Africa many organisers have postponed or cancelled bookings and have stringently sought to impose a blanket “no refund policy” in relation to any advance or deposit payments made by consumers. The question then emerges: is the consumer entitled to be refunded for any advance payments or deposits made in respect of goods that should have been supplied or services that should have been rendered?

This article will consider the consumers’ rights under the common law (that developed through the Courts) in conjunction with the Consumer Protection Act 68 of 2008 (“the CPA”), and whether a consumer is entitled to a refund in the current circumstances. This article will also explore the legality of suppliers imposing
unilateral change(s) to the terms of a contract (e.g. a postponement) without offering the alternative of a full refund.

2. The Consumer Protection Act and the consumers’ right to cancel

The CPA applies to every transaction between a consumer and a supplier in respect of the supply or potential supply of goods or services in exchange for consideration, provided that the consumer is a natural person, or a juristic person with an annual turnover of below R2 million (the current prescribed threshold).

Section 17 of the CPA provides consumers with the right to cancel an advance booking, reservation or order for any goods or services to be supplied, for any reason whatsoever. However, a supplier may be entitled to charge a reasonable cancellation penalty.

3. What is considered a reasonable cancellation penalty?

To calculate a reasonable cancellation penalty, a supplier must consider the surrounding circumstances, taking into account the following criteria: –

i. The nature of the goods or services being supplied;

ii. The length of notice of cancellation given by the consumer;

iii. The reasonable likelihood for the supplier to find an alternative consumer; and iv. The general practice of the relevant industry.

Section 17(5) of the Act further provides that no penalty may be charged if cancellation was due to death or hospitalisation of the consumer, and, in such circumstances, the supplier would have to bear the loss.

Accordingly, there is no set amount or set percentage of what is considered a reasonable penalty and each case needs to be determined on its own merits, which is generally left to the suppliers’ discretion (unless challenged by the consumer with a regulatory authority).

A number of suppliers, particularly in the sporting events, festivals, conferences, accommodation, flights and bookings industries use a sliding scale cancellation policy which is encapsulated in the suppliers’ terms and conditions. This means that the penalty imposed is dependent on when the contract was cancelled by the consumer.
It has become common practice for suppliers to charge a higher penalty in terms of the sliding scale where the consumer cancels close to the reservation or booking date. However, every cancellation must be considered in light of its particular circumstances. Suppliers may be required to prove that the cancellation charge is justified and reasonable. The notion that suppliers can impose and rely on a blanket “no refund” policy is misguided.

5. Cancellation by the supplier

A force majeure clause regulates the liability of parties when an event or occurrence which is unexpected and beyond a party’s reasonable control makes contractual performance impossible. The clause will dictate whether the contract is suspended or terminated and the extent of liability of the parties. If the contract does not contain a force majeure clause, or the clause is not applicable in the circumstances, parties can be excused from non-performance if performance becomes objectively impossible due to an unforeseen event in terms of the common law principle of supervening impossibility.

Practically, in such circumstances, suppliers would be excused for their non-performance, while consumers would be discharged from any reciprocal obligations, such as payment. In situations where an advance payment or deposit has been paid by the consumer, and performance by the supplier is objectively impossible, the consumer may be entitled to a full refund. In the case of partial performance from the supplier, the consumer may only be entitled to a partial refund, which reduction is on a case-by-case basis.

6. Postponement in lieu of cancellation

Many suppliers have opted to postpone bookings or events in order to mitigate financial losses suffered. This has been observed particularly in the mass participation sporting events and wedding industries. Unless the contract specifically allows for postponement of the contract, the supplier cannot unilaterally impose a postponement, as doing so constitutes a material change of the terms of the contract.

Postponements may not be suitable for a particular consumer, and a consumer is under no obligation to accept a postponement. Accordingly, suppliers cannot unilaterally impose a postponement on a consumer without the option of a full refund, even in situations where the postponement is a result of the national lockdown.

The CPA and common law afford the South African consumer with a large degree of  protection, and suppliers cannot simply impose a blanket “no refund” policy. It is imperative that parties to a contract consider the terms of the contract carefully before proceeding. However, COVID-19 is affecting every aspect of the global economy, placing many suppliers in difficult positions, and, thus, we suggest that affected parties consider re-negotiating the terms of their agreements to mitigate potential financial loss on both sides and maintain future relationships. Where possible, suppliers should attempt to postpone reservations, sporting events, festivals, conferences, accommodation, and bookings, in consultation with consumers. These issues must be addressed expediently and professionally, and readers are encouraged to seek advice from one of our professionals.