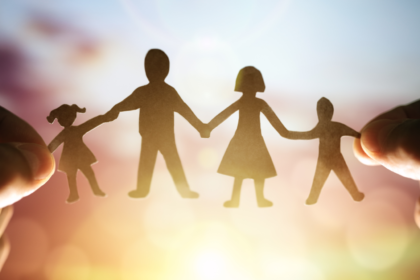 The COVID-19 crisis has not only shocked global healthcare and the world economy to the core but has led to the first National State of Disaster and lockdown in our democracy, with personal lives being affected in an unprecedented manner.

In the family law fraternity, the question of the hour has been whether the handover of children would be permitted during the lockdown. Co-holders of parental responsibilities and rights have regrettably been left with more questions than answers.

Many documents have been doing the rounds in this regard and some parents have, unfortunately, placed incorrect reliance on so-called directives emanating from foreign jurisdictions or unverified sources. There has even been conflicting messages from within our government.

Although rather convoluted at times, we unpack how this question has unfolded since lockdown was announced and how it is anticipated to evolve given the extension of the initial 21-day period.

In terms of the general lockdown commands every person is confined to his / her place of residence, unless “strictly for the purpose of performing an essential service, obtaining an essential good or service, collecting a social grant, or seeking emergency, life-saving or chronic medical attention” (our emphasis).

Whilst not imposed by statute, the Minister of Social Development, Lindiwe Zulu, announced on 26 March 2020 and again two days later that children should not be moved from one parent to the next during this period. The Minister of Police, General Cele, likewise echoed this sentiment.

On the very same day, the Minister of Justice and Correctional Services, Ronald Lamola, issued directions in terms of Regulation 10 under the Disaster Management Act No. 57 of 2002 (“the Act”), that “arrangements where a child is to move from one parent to another in terms of a parenting plan must be attended to”. It begged the question whether this would override the general lockdown commands communicated the previous day.

According to the Regulations of 18 March 2020 issued in terms of Section 27(2) of the Disaster Management Regulations, the Minister of Justice and Correctional Services may only issue directions to address, prevent and combat the spread of COVID-19 in all courts and court precincts in the Republic of South Africa (our emphasis). Permitting parents to move children from one place to another during the lockdown, thereby ultimately fell outside Minister Lamola’s powers. His directions of 26 March 2020 have, in any event, been replaced on 31 March 2020, which removed his prior reference to arrangements for children to be moved between parents.

Several urgent applications have been brought before the High Court in which it was essentially held that the lockdown constitutes uncharted territory and children should stay where they were at the time the lockdown commenced. This set the proverbial bar, which was formally reinforced on 30 March 2020 by Minister Zulu, who released further directions in terms of Regulation 10(5) made under Section 27(2) of the Act (“the 30 March Directive”), that movement of children between co-holders of parental responsibilities during the lockdown period is prohibited and that the child must remain in the care of the parent with whom the child was with, when lockdown period started.

Just as we thought the legal position was settled, on the 07 April 2020, Minister Zulu issued an amendment hereto in terms of Regulation 10(5) made under Section 27(2) of the Act (“the 07 April Directive”), which replaced directions 6(m)(i) and (ii) of the 30 March Directive as follows:

(i) Movement of children between co-holders of parental responsibilities and rights or a caregiver, as defined in section 1(1) of the Children’s Act No. 38 of 2005, during the lockdown period, is prohibited, except where arrangements are in place for a child to move from one parent to another, in terms of- (a) a court order; or (bb) where a parental responsibilities and rights agreement or parenting plan, registered with the family advocate, is in existence, provided that, in the household to which the child is to move, there is no person who is known to have come into contact with, or is reasonably suspected to have come into contact with, a person known to have contracted, or reasonably suspected to have contracted, COVID -19 (our emphasis); and

(ii) The parent or caregiver transporting the child concerned must have in his or her possession, the court order or agreement referred to in sub items (aa) and (bb), respectively, or a certified copy thereof.

Parents are permitted to handover children in terms of court orders or where a parenting plan has been registered with the Office of the Family Advocate.

To the extent that contact arrangements have not been formally adopted as envisaged by the 07 April Directive, parents will have to rely on 6(m)(iii) and (iv) of the 30 March Directive, which states that:

(iii) “in order to maintain a personal relationship with the child, communicate on a regular basis with the child in any other manner, including telephone or any other form of electronic communication which may also include skype, WhatsApp or video call (our emphasis);

(iv) Co-holders of parental responsibilities and rights must communicate with their child or children including communicating what COVID-19 is and the temporary precautionary measures that are applied to contain the spread of COVID-19.”

Parents or caregivers who are permitted to transport children in terms of the 07 April Directive should carry a copy of their court orders or registered parenting plans whilst travelling.

Parents who are going through a divorce or are separated, and only have informal arrangements in place, should facilitate adequate virtual contact via FaceTime / Skype and WhatsApp voice calls / video calls at all times. It is also important to contextualise the situation to children who are of sufficient age and maturity, in order for them to understand that both parents are merely safeguarding their interests by not implementing their usual contact arrangements and acting in accordance with the law.

Courts will remain operational during the lockdown in relation to any urgent matter, including, but not limited to, cases involving children. Following the 07 April Directive, it appears that the Courts would entertain applications premised on contempt of court in relation to contact provisions. Insofar as the Courts were approached in respect of matters were such formal arrangements are not in place, compelling reasons and a risk of irreparable harm would have to exist.

In light of the extension of the lockdown until the end of May 2020, the lockdown can no longer be regarded as a short-term impediment on the movement of children between co-holders of parental responsibilities and rights that simply has to be endured. As things stand, movement of children is only permitted if the requirements of the 07 April Directive are met. An influx of applications where there are not enforceable contact arrangements in place can be anticipated, and it will be interesting to see whether the Courts are prepared to accommodate all co-holders of parental responsibilities and rights in the absence of further directives.

Government may very soon realise that the net has to be casted wider given the extended lockdown and it is perhaps just a matter of time before regulations to this effect are released. It must nevertheless be borne in mind that the merits of applications will likely be scrutinised more so than in the ordinary course, and prospective litigants should be advised accordingly.

The zero-tolerance stance the government has initially adopted in respect of handovers of children, has been significantly relaxed. The 30 March Directive read with the 07 April Directive, override all general lockdown commands and thus allow for parents and / or caregivers to travel between their respective residences to handover children as stipulated in terms of existing court orders or parenting plans registered with the Office of the Family Advocate. Parties that are in the process of getting divorced or are separated and do not have enforceable arrangements in place fall outside of the ambit of the current directives. Urgent reform is required in light of the extended lockdown.