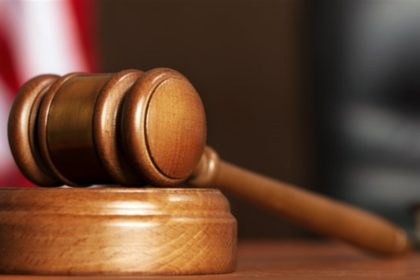 By Kyle Venter and checked by Lauren Squier

The Applicant in this matter is Work Force Solutions. The Applicant is a training academy and a placement agency with its focus on training individuals for placement in health care institutions, the retail industry, the service station industry and business in general.

The present application at hand concerned twenty judgments that were handed down on the 10th of October 2017, by the First Respondent in her capacity as a Small Claims Court Commissioner, against the Applicant and in favour of the Second to Twenty-First Respondents’. The Applicant thus sought an order that the aforesaid judgments be reviewed and set aside. The Application was opposed by the Respondents save for a few who elected not to participate in these proceedings.

The Respondents’ issued individual summonses against the Applicant at different stages, but the matter was eventually finalised on the 3rd of October 2017. The reason behind the legal proceedings being instituted by the Second to Twenty-First Respondents’ is largely attributed toward the fact that the Applicant was not registered with the Sector Education and Training Authority (“SETA”). The First Respondent relying on Section 31 (1) of the Small Claims Court Act 61 of 1984, joined the Second to Twenty-First Respondents’ action and judgment was found in their favour.

Any party aggrieved by a decision of a Commissioner may approach a higher Court for a review of such decision.  The Applicant on this basis contended that the Commissioner was biased and also committed a gross irregularity with regards to the proceedings. There is, however, a presumption of impartiality of the part of a judicial officer in our law and the effect thereon is that a judicial officer will not lightly be presumed to be biased.  Therefore, an Applicant relying of an allegation of bias by a judicial officer would have to pass the double-requirement of reasonableness as was articulated in the case of Bernert v ABSA Bank Ltd 2011 (3) SA 92 (CC).

In terms of Rule 53, it does not stipulate a period within which the review proceedings must be lodged.  However, it is well established rule that such an application must be brought within a reasonable time.

What would constitute a reasonable time is decided case by case. The enquiry is generally twofold; namely-

(a) whether the delay is unreasonable and,

(b) whether it should be condoned.

The first enquiry is factual one and the second entails an exercise of a discretion based on the adequacy of the explanation for the delay, prejudice to the parties and prospects of success. The learned judge found in favour of the Applicant and condoned the delay despite finding it to be unreasonable.

Relying on Section 46 (b) and (c), the Applicant successfully proved that the failure by the Twelfth to Twenty-First Respondents’ to serve their individual summonses on the Applicant as required by Section 29 (2) of the Act was enough to suffice as a gross irregularity of proceedings in itself. This along with the Commissioners failure to properly apply Section 31 (1) regarding joinder of parties.

In deciding whether a review application brought with unreasonable delay should succeed there must be careful observation for the adequacy of the explanation for the delay, prejudice to the parties and prospects of success.