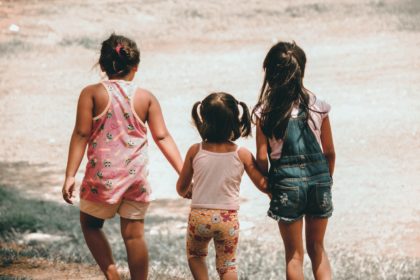 The University of Pretoria Law Clinic (“the Appellant”), among others, brought an application challenging the constitutional validity of section 10 of the Births and Deaths Registration Act (“the Act”) in the Court a quo, which application was dismissed in a judgment handed down on 9 July 2018. The Appellant is an institutional applicant and its involvement in this matter stemmed from acting in the public interest in accordance with the Constitution of the Republic of South Africa (“the Constitution”). Leave to appeal was granted and this case summary deals with the judgment of the Court on appeal.

The registration of the birth of a child commences with the act of giving notice of the child’s birth.  This is achieved by the issuing of a birth certificate reflecting the child’s legal name containing a forename and surname, the date of birth and place of birth. Children without birth certificates are “invisible”.  Their lack of recognition in the civil birth registration system exposes them to the risk of being excluded from the education system and from accessing social assistance and healthcare.

Section 10 of the Act poses a bar that is discriminatory on the basis of the marital status of the father of a child born out of wedlock. This directly violates the affected father’s right to equality in section 9(3) of the Constitution. Such a bar has the effect of denying children, with a legitimate claim to a nationality from birth, a birth certificate and in this manner, it discriminates against children born to unmarried fathers on grounds that are arbitrary.

Section 10 of the Act makes provision for the notification of the birth of a child born out of wedlock and contemplates only three scenarios in which this can be achieved, namely:

It was held in the Court a quo that nowhere does section 9 indicate that the notification of birth may only be given by married parents. Consequently, any one or both parents of a child enjoys the right to give notice of the child’s birth regardless of the parents’ marital status. The Court a quo erred in that it did not consider the fact that the notification of any child born alive is subject to the provisions of section 10.

Section 10 regulates the surname under which a child born out of wedlock will be notified, and section 9 regulates how notice should take place. That surname is of paramount importance to a child’s identity particularly where the child’s mother is absent during the notification process. Even though section 9 empowers an unmarried father to give notice of his child’s birth, the exercise by an unmarried father of his right under section 9(1) is contingent on either the mother’s presence or her consent.

The court held that section 10 falls to be declared inconsistent with the Constitution and is invalid to the extent that it does not allow an unmarried father to register the birth of his child in the absence of the child’s mother.

The court further held that it is constitutionally permissible for a court to read words into a statute to remedy unconstitutionality, however it noted that reading-in should not easily be resorted to as it may constitute a possible encroachment onto legislative territory. The court ordered that section 10 of the Act shall be deemed to read as follows:

(b)          under the surname of the father where the father is the person giving notice of the child’s birth and acknowledges his paternity in writing under oath;

The court’s order further incorporated a suspensive component in recognition of the Legislature’s ultimate responsibility for amending legislation or devising other means as a legislative solution while simultaneously ensuring effective redress for an identifiable group of fathers and their children. The court’s order above is suspended for 24 (twenty-four) months.

The notification process for children born out of wedlock as set out in section 10 of the Births and Deaths Registration Act, in having a dominant preference for the surname of the mother, presents a bar in notifying the birth of an unmarried father’s child under his surname in the mother’s absence. Court declared unconstitutional and invalid section 10 of the Act and curing defects by adopting a reading-in remedy.