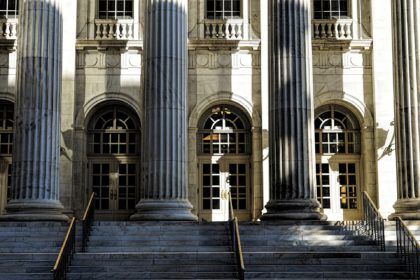 Written by Loyiso Bavuma and checked by Charlotte Clarke

4. The Court highlighted that Rule 31(2)(b) requires that a rescission application be brought within 20 days of the applicant learning of the judgment. The Applicant obtained this knowledge on 3 October 2019. The present application was launched on 13 December 2019, however no condonation application was filed, nor was any case for condonation made out in the founding affidavit. Instead it merely avers that this application for rescission had to be brought “within 1 year”, which the Court said was not aware of.

5. The Court held there is no sound reason why the Applicant’s non-compliance with the Rules should be condoned.

6. Additionally, the Court ruled no acceptable explanation was given as to why the discovery affidavit was not served after a Rule 35(1) notice. The Applicant’s attorney apparently diarized the matter for 8 months later. The Court held that simply put, the discovery affidavit had not been filed when the default judgment was granted. The defence on the merits was also found to contain in sufficient detail so as to enable the Court to rule that it is bona fide and has some prospect of success.

7. The Court concluded that due to the above, it was not necessary to deal with other unsatisfactory explanations by the Applicant. As such, the Court dismissed the application with costs.

This case touches on the Rules surrounding rescission and is an example of the Court’s discretion regarding condoning non-compliance.