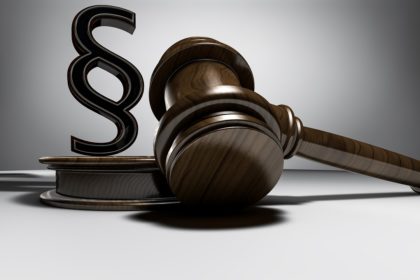 Written by Loyiso Bavuma and checked by Divina Naidoo

This present case was in relation to an application for summary judgment.

On 17 November 2017, Business Partners Limited (“the applicant”) and JJH Supply and Projects (Pty) Ltd (“the principal debtor”) entered into a written agreement of loan (“the loan agreement”) in terms of which the Applicant lent and advanced an amount of R27 699 600 to the Principal Debtor to be repaid in instalments.

An addendum was concluded on 27 February 2018 in terms of which the date of the first instalment was amended to 1 April 2018.

On 20 October 2017 each of the four Respondents, to the loan agreement, concluded further suretyship agreements in terms of which they bound themselves as sureties and co-principal debtors in solidum in favour of the applicant for the indebtedness due by the Principal Debtor to the applicant for an unlimited amount.

The principal debtor failed to pay the monthly instalments on the due dates from inception of the loan agreement and when the principal debtor failed to again make payment of the instalments due on 1 June 2019 and 1 July 2019, the applicant invoked the acceleration clause and instituted action against the four sureties on 1 August 2019. The summonses were served between 16 and 20 August 2019. The National Credit Act, 34 of 2005 did not have application in this regard.

The following payments were recorded as having been received after the common cause breaches of 1 June and 1 July 2019:

The respondents resisted summary judgment on the basis that payment had been made and the breach remedied. They also contended that the applicant was only entitled to charge an increased interest rate and not to invoke the acceleration clause. In the alternative, the respondents argued that assuming the acceleration clause was available to the applicant, the principal debtor had remedied the breach prior to demand having been made and this disentitled the applicant to invoke it.

Interpretation of The Loan Agreement

The loan agreement provided in clause 6 that the principal debt and finance charges were repayable in monthly instalments over a period of 120 months from 1 April 2018.

Clause 5.2 of the loan agreement provides that if any instalment remains unpaid on due date, the total amount payable but unpaid shall bear interest at a rate equivalent to the annual interest rate then applicable to the loan agreement (clause 7.4 of the standard terms and conditions).

Clause 5.4 of the standard terms and conditions provides that if the monthly instalments are 30 days in arrears, the applicant may in its sole discretion exercised in good faith have the right to increase the finance charge rate to take account of the increased risk.

Clause 27 of the loan agreement provides: ‘Without prejudice to any of its rights in law or in terms of this Agreement, Business Partners shall be entitled to withhold any portion of the loan not paid out and claim immediate payment of the outstanding balance under this loan agreement……if the Borrower fails to comply with any of the terms and conditions……’

The respondents could not, with reference to the provisions in the loan agreement, explain, if this construction were accepted, at which stage clause 27 could be invoked. The reason for this is plain –  clause 27 exists in addition, and not as an alternative, to clauses 5.2 of the loan agreement and 5.4 of the standard terms and conditions.

Clause 27 in fact provides for this in express terms – it commences – ‘Without prejudice to any of its rights in law or in terms of this Agreement…’ The argument is premised on a construction that the applicant had to elect between two mutually exclusive remedies, acceleration or increased interest, but the text of the loan agreement does not bear out this interpretation.

The loan agreement should be interpreted within the four corners of the document and within the limited factual information available from the pleadings. Interpretation is a unitary exercise. However, the starting point remains the words of the document which is the only relevant medium through which the parties have expressed their contractual interests. Consideration must be given to the language used in the light of the ordinary rules of grammar and syntax.[1]

Interpretation of an agreement does not stop at the literal meaning of the words. Of course, the court must have regard to the context in which the words in the contract were utilised to establish the intention of the parties.[2]

The terms relied upon in the loan agreement are standard terms used every day in loan agreements. The interpretation suggested by the Respondents would lead to an insensible or unbusinesslike result.

It is important to record that the respondents did not argue that objectively the agreement of loan was contrary to public policy, nor did he argue that under the circumstances of this case, the terms are not to be enforced as it would be contrary to public policy. The general approach in this regard was succinctly summarised quite recently in AB and Another v Pridwin[3] Preparatory School and Others, where it was stated that the relationship between private contracts and their control by the courts through the instrument of public policy, underpinned by the Constitution, is now clearly established and that it is unnecessary to rehash all the learning from our courts on this topic. The case states:

“(1)  Public policy demands that contracts freely and consciously entered into must be honoured;

(2)     A court will declare invalid a contract that is prima facie inimical to a constitutional value or principle, or otherwise contrary to public policy;

(3)     Where a contract is not prima facie contrary to public policy, but its enforcement circumstances is, a court will not enforce it;

(4)     The party who attacks the contract or its enforcement bears the onus to establish the facts;

(5)     A court will use the power to invalidate a contract or not to enforce it, sparingly, and only in the clearest of cases in which harm to the public is substantially incontestable and does not depend on the idiosyncratic inferences of a few judicial minds;

(6)     A court will decline to use this power where a party relies directly on abstract values of fairness and reasonableness to escape the consequences of a contract because they are not substantive rules that may be used for this purpose.”

Curing of Breach Prior To Demand

Clause 27 entitled the applicant to accelerate payment. The question is whether payment by the respondents prior to demand could nullify the accrued right of the applicant. This question was definitively answered in Boland Bank v Pienaar[4], where it was held that once the right to cancel (or enforce) has been acquired, subsequent payment or the tender of performance will not affect the entitlement of the innocent party to elect to cancel or enforce the agreement.

The right to cancel or enforce the agreement will take effect once it is communicated. If it has not been communicated previously, it takes effect from  service of summons.[5]

It is clear from the letters attached to the affidavit resisting summary judgment that attorneys, representing both the principal debtor and the respondents, at the very latest, 25 September 2019, had knowledge of the action and the nature thereof. Even at that stage, the principal debtor was in arrears and paid R921 494.06 on 7 October 2019.

It is thus clear that all the arrears had not been paid prior to demand (the issue and service of summons), that the principal debtor had knowledge of the demand as it was represented by the same attorneys as the respondents and that the arrears were only paid well after the applicant’s election to enforce the loan agreement and accelerate payment had been communicated. The late payments do thus not save the day.

The Court held there to be no bona fide defence, nor found triable issues which would warrant the granting of leave to defend and therefore granted summary judgment is granted in favour of the applicant (plaintiff) against the first to fourth respondents (defendants), jointly and severally, the one paying the other to be absolved, for payment of the sum of R25 565 719.33 together with interest thereon at the rate of 13.5% per annum, calculated daily and compounded monthly in arrears from 26 October 2019 to date of  payment.

This case highlights that once the right to cancel (or enforce) has been acquired, subsequent payment or the tender of performance will not effect the entitlement of the innocent party to elect to cancel or enforce the agreement.

Once the right to cancel (or enforce) has been acquired, subsequent payment or the tender of performance will not effect the entitlement of the innocent party to elect to cancel or enforce the agreement.