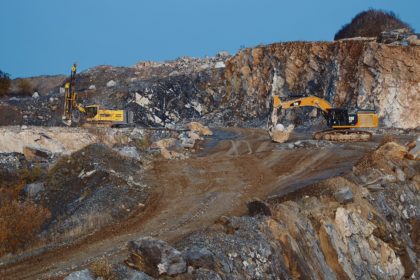 On 12 October 2010, Brocsand (Pty) Ltd (“Brocsand”) and Full Score Trading CC (“Full Score”) concluded an agreement in terms of which Brocsand was appointed to render mining services in respect of the minerals located on a farm (“Red Hill Farm”) (“the Agreement”). In terms of the Agreement, Full Score was entitled to exploit the minerals on Red Hill Farm by virtue of a mining right which was acquired under the provisions of the Mineral and Petroleum Resource Development Act, 28 of 2002.

Clause 3.2. of the Agreement gave Brocsand a right of first refusal which, upon expiry of the Agreement (30 October 2015), entitled Brocsand to enter into a new agreement for the appointment as the exclusive contractor to render mining services on Red Hill Farm.

1.         Full Score appointed Tip Trans as its mining contractor on Red Hill Farm to extract laterite and sand and to buy it from Full Score; and

2.         Global Pact appointed Tip Trans as its mining contractor on the farm described as Doornkraal 831, in the district of Malmesbury (“Doornkraal Farm”), to extract sand and to buy it from Global Pact.

Subsequently, Brocsand issued summons against Tip Trans, Full Score and Global Pact. Brocsand alleged that by virtue of its right of first refusal (in terms of the Agreement), it had stepped into the shoes of Tip Trans and became party to the January 2015 Agreement, in accordance with the Oryx mechanism[1]. Brocsand accordingly sought an order permitting it to mine on the Doornkraal Farm, in place of Tip Trans, and claimed payment of damages consisting of loss of profits in respect of the period that it had allegedly been prevented from doing so.

Tip Trans excepted to Brocsand’s particulars of claim on the basis that Brocsand failed to disclose a cause of action against Tip Trans, in that the Agreement conferred rights on Brocsand in respect of the mining on Red Hill Farm only, and not on Doornkraal Farm.

1.         Neither Global Pact nor Tip Trans were party to the Agreement which granted Brocsand a pre-emptive right in relation to Red Hill Farm; and

2.         Brocsand cannot, by unilateral declaration of intent and by implementation of the Oryx mechanism, acquire new found contractual rights against Global Pact and Tip Trans in relation to the Doornkraal Farm, even if it were to be found that Brocsand’s pre-emptive rights were infringed.

Brocsand thereafter sought to amend its particulars of claim under Rule 28(1).

The court a quo held that Brocsand could not use the Oryx mechanism to step into the shoes of a party in relation to a contract with whom Brocsand had no contractual relationship. Accordingly, Brocsand could not have obtained rights in respect of Doornkraal Farm. The court a quo held that Brocsand’s right of first refusal, in respect of the mining on Red Hill Farm, was not breached by the Doornkraal Farm aspect of the January 2015 Agreement.

In addition to dismissing Brocsand’s application to amend, the court a quo granted Brocsand leave to appeal to the Supreme Court of Appeal.

The SCA held that Brocsand’s right of first refusal in the Agreement was limited to a right against Full Score in respect of Red Hill Farm and that the content of such right cannot change because of a breach thereof.

In this regard, the SCA quoted Hirschowitz v Moolman and Others 1985 (3) SA 739 (A) wherein the court held that  “although the holder (grantee) of the right of pre-emption is said to step into the shoes of the third party, he does not take the place of the third party in relation to that contract. The true position is that upon the grantee exercising his rights after the conclusion of a contract of sale with a third party, a new independent contract – and not a substitutionary one – comes into existence between the grantor and the grantee and this does not affect the validity of the contract between the grantor and the third party.”

The SCA concluded that the application of the Oryx mechanism does not confer rights upon Brocsand, which rights may be exercised against Global Pact and in respect of Doornkraal Farm. Accordingly, Brocsand’s right of pre-emption was not breached by the January 2015 Agreement. The SCA found that the court a quo correctly upheld Tip Trans’ exception and dismissed Brocsand’s application to amend its particulars.

Where the holder of a right of pre-emption (grantee) seeks to apply the Oryx mechanism and the doctrine of notice, it cannot acquire more rights than those afforded by the grantor.

[1]              Mokone v Tassos Properties CC and Another [2017] ZACC 25; 2017 (5) SA 456 (CC) described the Oryx mechanism as follows: “In the event that a seller concludes a contract of sale with a third party in breach of a right of pre-emption, the [holder of the right of pre-emption] may, through a unilateral declaration of intent, step into the position of the third party. A contract of sale is then deemed to have been [concluded] between the seller and the holder of the right of preemption.”