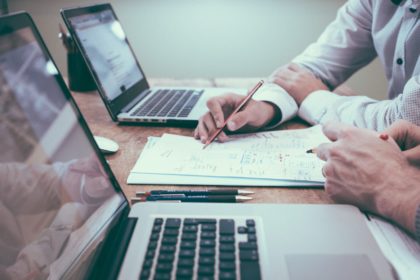 This matter is premised on a performance guarantee, which is a bond issued to one party of a contract as a guarantee against the failure of the other party to meet obligations specified in the contract. It is usually provided by a bank or an insurance company to ensure that a contractor completes designated projects.

On 26 March 2013, the Passenger Rail Agency of South Africa (PRASA) (“the Second Respondent”) and Bombardier Africa Alliance Consortium (“the Appellant”), concluded a concluded a written contract (“the contract”), the contract price being R1 288 772 839.74, in terms of which the Second Respondent appointed the Appellant to design, construct and implement a new railway signalling system and install centralised traffic control at the Rossburgh hub in Durban, Kwa-Zulu Natal. In accordance with clause 4.3.1 of the contract, the Appellant was obliged to obtain (at its’ cost) a performance bond for its proper performance in an amount equal to 10% of the value of the contract. On the aforesaid date, and in compliance with clause 4.3.1, Lombard Insurance Company Limited (“the First Respondent”) issued a performance guarantee (in favour of the Second Respondent) for the amount of R1 288 772 839.74. The guarantee was renewed twice on the same terms and conditions on 28 July 2016 and 2 March 2018.

Clause 2 of the performance guarantee stated that the First Respondent-

2.         ‘hereby guarantees the payment to you on your first written demand of up to a maximum aggregate amount of R128 877 284.00 (One Hundred and Twenty-Eight Million Eight Hundred and Seventy-Seven Thousand Two Hundred and Eighty-Four Rand) (the “guarantee amount”) in the event that the Appellant fails to fulfil any of its obligations under the Contract.’

Further clauses 3 to 6 are also relevant, theses clauses provide that: –

‘3.            The Guarantor’s liability under this guarantee is principal in nature and is not subject to

any agreement. The Guarantor’s liability shall not be reduced, or in any way be affected

Appellant and yourself, whether oral or in writing.

4.             The Guarantor will pay on written demand and will not determine the validity of the

5.             Payment will only be made by the Guarantor against return of the original guarantee by you or your duly authorised agent.

received at this office before Expiry. After Expiry this guarantee shall become null and

void, whether returned to the Guarantor for cancellation or not and any claim or

statement received after Expiry shall be ineffective.

The Appellant launched an urgent application to the High Court and sought an interim interdict restraining the First Respondent from making payment to the Second Respondent in terms of the written demand dated 12 March 2019.

The above application was dismissed with costs, as the court a quo held that the Appellant had failed to establish prima facie right to succeed in obtaining the interim interdict it sought.

On appeal, the Court held that the allegations made by the Appellant that the demand was fraudulent in nature did not prima facie establish the fraud exception. A party alleging fraud bears the onus of proving it, and the fraud must be a ‘clear fraud’.

The Court found that the Second Respondent did not make the demand fraudulently or in bad faith since it made a proper demand in terms of the guarantee. Therefore, the Court held that the Appellant had not established the elements of the fraud rule or exception.

The Court agreed with the Court a quo in that the Appellant had not established the requisite prima facie right to obtain the interim interdict. It was therefore unnecessary to consider the other requirements for an interim interdict.

The appeal was dismissed.

The Court highlighted that the only exception to the autonomy of demand guarantees is where the fraud rule or exception finds application.