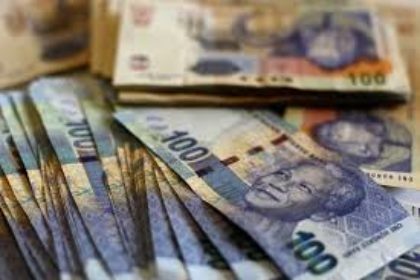 Many owners living in sectional title schemes fail to pay their levies on time or at all in terms of their management contracts.  Management contracts (which are contracts that deal with the obligations and duties of the managing agent as prescribed by the Sectional Titles Act 95 of 1986  (“the STA”) and the Sectional Titles Schemes Management Act 8 of 2011(“the STSMA”)) often contain provisions that mandate the managing agents to be actively involved in the collecting of arrears.

The process of collecting levies from defaulting owners is lengthy and often results in a cash flow shortage to the Body Corporate (“the BC”) and renders the BC unable to settle its monthly obligations (i.e. its municipal accounts) and pay its creditors.

In an effort to assist struggling BCs’, managing agents often loan money to BCs to meet their monthly obligations and pay their creditors.

This article will consider the following questions:

The credit industry is governed by the Credit Act. A requirement of the Credit Act is that a person must register as a credit provider with the National Credit Regulator (“NCR”) if the total principal debt arising from the credit agreement exceeds the threshold prescribed by the Minister of Trade and Industry from time to time, which limit is currently R0 (nil).

What instruments are governed by the NCA?

The powers of a body corporate are dealt with in Section 4 of the STSMA.  Section 4(e) and (f) of the STSMA states that:

“4. The body corporate may exercise the powers conferred upon it by or under this Act or the rules, and such powers include the power –

(e) upon special resolution, to borrow moneys required by it in the performance of its functions or the exercise of its powers;

(f) to secure the repayment of moneys borrowed by it and the payment of interest thereon, by notarial bond over unpaid contributions whether levied or not, or by mortgaging any property vested in it”

In light of the above it is clear that BC can raise money it requires to carry out its functions and powers through various means. This means that the BC can, apart from raising levies, also borrow money. A BC is only permitted to “borrow money” when finances are genuinely required for the BC to perform its functions or to exercise its powers (as set out above same requires a special resolution of the members).

Furthermore, section 4 of STSMA (as quoted above) would allow for a BC that is in dire financial straits to raise money through the security cession of unpaid levies (past, present and future). This form of cession is not an out and-out cession which is not contemplated by legislation. Moreover, this includes the power to secure the repayment of moneys borrowed by it and the payment of interest thereon, by notarial bond over unpaid contributions whether levied or not, or by mortgaging any property vested in it. In these cases, the trustees usually instruct the scheme’s managing agent to approach a company that is a registered credit provider which specialises in these types of loans to loan the body corporate money against the cession of unpaid levies. This cession may only take place after the appropriate resolution (a special resolution) by the members has been obtained (as explained above).

At this juncture it is worth noting that in Body Corporate of Frenoleen v Dlamini (case no. AR 611/09,11/ 03/2010), it was considered that sectional title owners are statutorily liable for levies and their liability for levies is not entrenched on a “incidental credit agreement”. A levy contribution is not a “credit agreement” and a Body Corporate is not a “credit provider” and owners of units are not “consumers”, all phrases as defined in the NCA. Furthermore, there is no agreement as such that is concluded between the body corporate and the owner.”

Where Managing Agents make payments on behalf of the BC to provide cover for other expenses incurred by the BC, such payments would be considered a loan. In the event that the aforesaid loan agreement is hit by the provisions of the Credit Act, the loan would be governed by the provisions of the Credit Act. Accordingly, failure to register as a credit provider may result in unlawful credit agreements that are void.

Accordingly, should managing agents wish to charge interest for payments and/or loans advanced to BCs, they would be required to be registered as credit providers in terms of NCA, regardless of whether they do this in one transaction, a series of transactions (ie in making payments to creditors on behalf of the BC), or whether they do this only for one client or for many clients. The NCA imposes and binds Registered Credit providers to general duties when entering into such transactions.

In light of the above, it is important for managing agents not to blindly advance loans and make payments to or for struggling BCs without seeking specialised entities who would be able to assist the BC which although not mandatory may include a sound financial plan to address financial distress. Furthermore, unauthorised/invalid loans made by the managing agent to the BC could lead the BC into greater financial distress. In this regard, managing agents that are not registered as credit providers (which is a requirement in certain circumstances) and/or managing agents that advance loans to BCs are at risk of statuary penalties being imposed on them and such loans could be declared invalid if challenged in a court of law.

Furthermore, Trustees have a fiduciary duty to act in the best interest of the body corporate and should thus not enter in to a management contract that allows a managing agent to automatically (without approval by the trustees/members of the BC) advance loans to a body corporate. This might leave the BC in the precarious position of being unable to repay the loans or by raising special levies on its owners in order to do so.  It may be possible for a BC in such a position to apply to court to have the loan agreement set aside and the BC’s repayments in terms thereof nullified based on the fact that the granting of the credit by the creditor to the BC was invalid.  However, each case must be decided on its own facts.

Lastly, some loan agreements contain a warranty that the signatories (the trustees) have been duly authorised to enter into such an agreement in compliance with applicable legislation. However, this would still be an invalid loan agreement if no special resolution was obtained and may include a claim against the Trustees in their personal capacity for misrepresentation.

(a)by the body corporate on two months notice, if the cancellation is first approved by a special resolution passed at a general meeting, or

It is thus clear that it would not be advisable to have the loan agreement and management agreement both contained in the same contract as allowing for same may lead to automatic cancellation of the loan after a period of three years even if the body corporate has not paid up the loan, if the agreement itself does not provide for different cancellation/termination periods for the loan, as opposed to the managing agent contract, both dealt with in the same document. Furthermore, incorporating the loan agreement and management agreement in to one contract would put the loan provider at risk of not being able to claim penalties/interest etc, as  PMR 28 (7) specifically states that a management contract “may be cancelled, without liability or penalty, despite any provision of the management agreement or other agreement to the contrary”.

In summary a managing agent should exercise a level of caution prior to advancing loans to BCs and should ensure that a special resolution of the members has been obtained prior to lending a BC money. Furthermore, managing agents wishing to lend money to a BC and charge interest should register as credit providers, the management agreement and the loan agreement should be independent of each other and contained in different contracts and the loan agreement may need to comply with the relevant provisions of the STSMA and NCA in order for a loan granted to a BC to be valid and collectable.