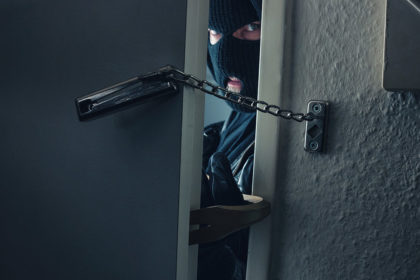 During March 2013, Anabella Resources CC (“the Appellant”) and Genric Insurance Company Limited (“the Respondent”) entered into an insurance agreement (“the Agreement”), in terms whereof the Respondent undertook to indemnify the Appellant for loss or damage which it suffered in the event of the occurrence of an indemnifiable event.

Only after Mr. Hadife was released by his captors, and Mr. Phakogo had handed over the money as instructed, was it explained that the money had been taken unlawfully.  The Appellant claimed indemnification from the Respondent, in the amount of R2,400,00.00, together with interest and costs thereon, in that the conduct of the wrongdoers during the Event constituted theft and/or armed robbery, amounting to an indemnifiable event. The Respondent rejected the Appellant’s claim.

The relevant terms of the Agreement provided that “the cover was limited to the risk of fire, accidental damage, hijacking, theft and armed robbery whilst the property was in the custody and care of the insured and/or its authorised employee…”

Given the absence of a definition of ‘armed robbery’ in the Agreement, the Gauteng Local Division of the High Court, held at Johannesburg (“the Court”), applied the common law definition thereof and summarised the crime briefly as “theft by violence”. The Court held that the common law definition of robbery is not place specific and the force applied to the victim need not be applied in the same place as the place where the taking of the property occurs. There need only be a link between the application of force and the theft. Further, that the force may be exercised remotely, away from the place where the goods are removed.

Moreover, the definition of ‘theft and hijacking’ required that the unlawful seizing of the property, and the violence used to effect the seizing, both had to occur at the premises where the property was located, alternatively that the seizing had to be achieved by way of violence against an employee of the Appellant who was in “actual lawful control” of the property at the time of seizure.

Accordingly, the Court held that Mr. Hadife retained effective control or “actual lawful control” of the safe in which the cash was secured, albeit remotely.

In conclusion, the Event constituted armed robbery and/or theft or hijacking as defined for purposes of indemnification under the Agreement. The Respondent was thus liable to indemnify the Appellant for its losses suffered.

The Court upheld the appeal with costs and set aside the order of the court a quo.

There is an obligation, on the part of the insurer, to give certainty to the risks it wishes to exclude from its indemnification. Absent such certainty, the terms of the Agreement will be applied in favour of the insured, in accordance with the contra proferentem rule (in terms of which a written document is to be construed against the person who drew it up, in instances of uncertainty or ambiguity).