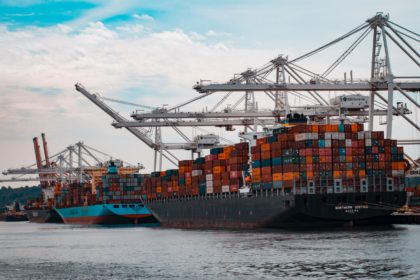 The High Court of Justice of England and Wales (Commercial Court) (the “Court”) heard a case wherein pursuant to Civil Procedure Rule 19.2(2)(b) (“CPR 19.2(2)(b)”), Axa XL, a global property and casualty commercial insurance provider (“Axa”), applied to be joined to the proceedings between Aegean Baltic Bank S.A. (the “Claimant”) and Renzlor Shipping Limited (the “Defendant”). In considering the application, the Court summarized the matter as follows.

The Claimant loaned money to the Defendant for the purpose of purchasing a ship, which loan was secured by corporate and personal guarantees (the “Loan Agreement”). The Defendant insured the ship across two markets with 20% of the total risk placed in the Italian market and underwritten by insurance company, Generali Italia SpA (“Generali”) and the remaining 80% of the total risk was placed in the London market and underwritten by various Lloyd’s of London members, one of which being Axa (the “Lloyds Insurers”).[1] The Claimant was the assignee and loss payee under both policies.

In 2015, the ship suffered a casualty and the Defendant claimed for a ‘constructive total loss’. However, the Claimant, exercising its right as an assignee, settled with Generali on a partial loss basis which meant that Generali only paid 20% of the agreed partial loss amount instead of 20% of the constructive total loss (the “Generali Settlement”). The consequence of this being that the Lloyds Insurers would too only have to pay 80% of the partial loss amount instead of the constructive total loss due to a ‘follow the settlements’ clause contained in their policy with the Defendant (the “Follow Clause”). The Follow Clause provides that the insurer must follow the leader in respect of settlement claims which meant that the Lloyds Insurers were to follow the terms of the Generali Settlement.

In the proceedings, the Claimant sued the Defendant for outstanding indebtedness under the Loan Agreement. In response, the Defendant held that the Claimant had failed to recover any funds from the Lloyds Insurers and further that it was unhappy with the Generali Settlement, especially due to the consequences of the Follow Clause.

In its consideration of Axa’s application to join the proceedings, the Court addressed CPR 19.2(2)(b) which provides that the court may order a person to be added as a new party “if there is an issue involving the new party and an existing party which is connected to the matter in dispute in the proceedings, and it is desirable to add the new party so that the court can resolve the matter.” Pursuant to CPR 19.2(2)(b), the Court had to determine whether it was indeed ‘desirable’ to add Axa to the proceedings in order to resolve the issues.

The Defendant argued that had the Claimant complied with its duties, then it would have obtained the full policy value from Generali in the amount of $2,150,000.00 and from the Lloyds Insurers in the amount of $8,600,000.00, totalling to $10,750,000.00. Instead, by settling on a partial loss basis, the Claimant only recovered $1,040,000.00 from Generali and had to the date of the proceedings, not recovered any amounts from the Lloyds Insurers. The Defendant referred to the Generali Settlement as being “wholly unreasonable” and argued to the Court that due to the Follow Clause, the Generali Settlement will have caused the Defendant a loss under the potential settlement with the Lloyds Insurers and thus claimed damages in the amount of the difference from the Claimant.

In light of the above set of facts, Axa applied to be joined to the proceedings due to the fact that Axa acted as the underwriters to the Lloyds Insurers policy taken out by the Defendant and stated that the issue of the Follow Clause would only be properly and fairly accommodated if they were to join the proceedings. In considering the ‘desirability’ in terms of CPR 19.2(2)(b) of joining Axa to the proceedings, the Court noted the following:

In light of the above and in accordance with the ‘desirability’ requirement of CPR 19.2(2)(b), the Court found that it would not be desirable to join Axa to the proceedings for the sole purpose of determining the issue of the Follow Clause. The Court determined that it would not have been necessary to have come to a resolution on the issue of the Follow Clause in those proceedings and consequently, the proceedings were ordered to continue without Axa being a party thereto.

This decision confirms the position in English law that in light of Civil Procedure Rule 19.2(2)(b), the court will not join a party to proceedings where it is not, within the court’s discretion, desirable to do so.

[1] Lloyd’s of London is an insurance and reinsurance market located in London which operates as a partially mutualised marketplace within which multiple financial backers come together to pool and spread risk. The underwriters are a collection of both corporations and private individuals.