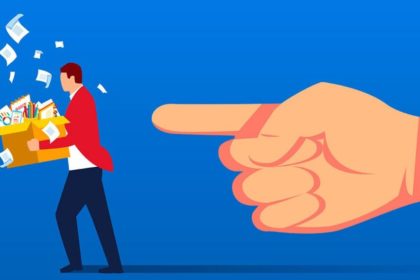 This appeal arose from a referral for unfair dismissal, by an aggrieved employee (“Adams”), to arbitration under the auspices of the National Bargaining Council for the Freight and Logistics Industry (the “Council”).  The prescribed dispute referral form was signed by an attorney on behalf of Adams.

At the arbitration proceedings, Adams’ former employer, Abies Transport Services (“Abies Transport”) raised a point in limine to the effect the Council did not have jurisdiction to hear the dispute because the dispute referral form was signed by someone other than Adams (i.e. his attorney). Abies Transport relied on rule 6.1 of the Council Rules which provides that a dispute referral form must be “signed by the party or by a person entitled in terms of the Act or these rules to represent the party at the proceedings.”.

The point in limine was upheld on the basis that the prescribed referral forms was not signed by Adams and he did not have an automatic right to legal representation. In siding with Abies Transport, the Arbitrator held as follows:

Adams proceeded to take the matter on review to the Labour Court (the “LC”).  The LC found that the signature of a referral document by any person not entitled to do so, is the same as no signature at all, and as such the defective signature has no legal consequence or significance.

Adams took the matter on appeal to the Labor Appeal Court (the “LAC”). Relying on the case of ABC Telesales v Pasmans [2001] 4 BLLR 385 (LAC) (the “ABC Telesales case”), Adams argued that the irregularity could be overcome by himself participating in the subsequent hearings, a form of ratification as regards his attorney’s signature on the referral form.

The appeal was upheld and the decision of the LC was replaced with an order reviewing and setting aside the arbitrator’s findings. Using the ABC Telesales case as authority, the LAC held that the failure to strictly comply with the rule does not unsuit Adams for want of jurisdiction.

The LAC further stated that the purpose of 6.1 of the Council Rules was to prevent unauthorised referrals. However, Adams appearing at the arbitration was indicative of the fact that the referral was not unauthorised and that the actions of his attorney in signing the referral form on his behalf were ratified.

In his findings, Sutherland JA concluded with the following:

“Although it is highly desirable for good order that rules be complied with on their own terms, the function of the rule is the paramount consideration and, where it can be safely found that the purpose of the rule is achieved, it is highly undesirable to approach the matter in a literalist way. Mechanical thinking is anathema to our law: cessante ratione legis cessat et ipsa lex. The objectives of the Labour Relations Act 61 of 1995 inform the context of interpretation and its penumbra of pragmatism. Our law is not an Ass.”

The LAC found that although its highly desirable that rules be complied with on their own terms, the function of the rule is the paramount consideration and where it can it can be safely found that the purpose of the rule is achieved, it is highly undesirable to approach the matter in a literalist way.

In 2020, the Labour Appeal Court found that the function of a particular rule is the paramount consideration and that, where the function of that rule can be achieved, it is undesirable to approach the matter in a literalist way.