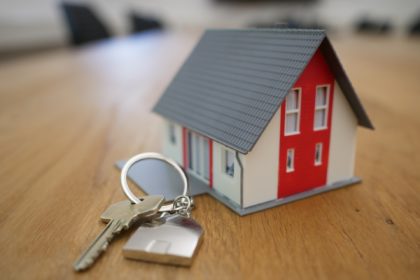 This case concerns the decision of the Pretoria High Court (“court a quo”) to rescind and set aside a default judgment and sale of immoveable property in execution of a judgment debt, due to inadequate compliance with Rule 42(1)(a) of the Uniform Rules of Court.

On or about 24 July 2012, Ms Anet Mare (the “First Respondent”) concluded a written loan agreement with ABSA Bank Limited (the “Bank”) in the amount of R1,2 million rand, which was secured by the registration of a mortgage bond in favour of the Bank. During the course of 2015, the First Respondent fell into arrears with the repayments of the loan. Following this the Sheriff of the court, acting on the instructions of the Bank, served a Notice in terms of section 129 (1) of the National Credit Act 24 of 2005 (“statutory notice”) on the First Respondent by attaching it to the gate at the property of the First Respondent’s chosen domicilium citandi.

Subsequent to transfer and registration of ownership of the property, into the name of the new purchaser, the First Respondent applied to have the default judgment rescinded and the sale of the property set aside, on the basis that she had no knowledge of the action instituted against her and that she was never served with either the statutory notice or the summons. The court a quo rescinded the default judgment stating that it had been erroneously granted, as service had not been properly executed in accordance with Rule 42(1)(a) (this part of the order was not appealed against). The court a quo held that merely leaving the statutory notice on the gate and the summons on the grass, without taking other precautious to ensure that these processes were correctly delivered, did not constitute effective service in terms of the Rules of Court. Based on this, the court a quo ultimately ordered that the First Respondent’s ownership of the property be reinstated. This decision was later taken on appeal, to the Supreme Court of Appeal (the “Court”), by the Bank.

In considering this matter, the Court referred to the position in our law insofar as the restoration of ownership of property is concerned, the principles/requirements of which are clearly set out in the Knox NO v Mofokeng and Other 2013 (4) SA (GSJ) case. The Court stated that the default position in cases where the sale had been perfected by delivery in the case of movables, or by registration of transfer in case of immovables, to a bona fide purchaser who had no knowledge of the rescission proceedings, or where the transfer had been effected before institution of the rescission, is that the owner is not entitled to recover possession of the property, unless it could be shown that the judgment and/or the sale in execution constituted a nullity in accordance with the abstract theory for the transfer of ownership. Further, a debtor’s entitlement to claim restoration of the property, once the judgment in terms of which the property was sold is pescinded, depends on the factual circumstances at the time of rescission.

In order to determine whether the default judgment in this case constituted a nullity, the court referred to the Nkutha and Another v Standard Bank of South Africa and Others (23213/2011) [2017] ZAGPJHC 282 (11 August 2017) judgment where it was held that a default judgment would be considered void in circumstances where there was no power to have granted such an order in the first place. For this purpose, the Court made a distinction between two scenarios, the first being where the summons was not effected in terms of the Rules of Court and does not come to the attention of the defendant and he/she does not enter an appearance to defend; and the second being, where a summons was properly served but does not come to the attention of the defendant. Although in both instances a judgment may be granted, in the former scenario the judgment will have been void ab initio (invalid from the outset) which is not the case in the latter scenario.

The First Respondent argued that both the statutory notice and the summons were not properly served in accordance with the Rules of Court, stating that there was no perimeter fence or gate on the property, that she was not present at the property when the sheriff left the statutory notice and the summons at the property and denied having any discussion with the sheriff indicating that she would collect the summons in his office as was alleged by the Bank in its submissions. In making a determination with regards to service of the statutory notice, the Court accepted the First Respondent’s submission and held that service of the statutory notice by affixing it to a gate at the domicilium citandi address was not plausible. Where the service of summons is concerned, the Court emphasized the purpose of serving the summons or notice of motion, which is to involve a defendant or respondent in a lawsuit, and that such party is only implicated or involved in the lawsuit once service of the summons or notice of motion had been effected. The Court held that the duty of a Sheriff is to serve a notice or process of court at the nominated address by delivering or leaving the notice or process in a manner by which, in the ordinary course, the notice or process would come to the attention by the intended recipient, and to report to the court how the process was served and why it was served in that manner.

Leaving a summons on the grass, where it can possibly be blown away, does not constitute proper place for delivery in these circumstances. As such, for delivery to be effected in terms of Rule(4)(1)(a)(iv), it would not suffice to deliver over a perimeter fence or to put it into a hedge. What would have constituted proper service of the summons in this case, was for the Sheriff to hand a copy personally to the First Respondent or a responsible employee, if there was someone present, by slipping it under or affixing it to the front of her home, or even by placing it in a post box, if there was one.

The decision reached by both the court a quo and the Supreme Court of Appeal confirms the importance of ensuring that service of any statutory or court process is properly effected. The Sheriff’s manner of service and returns recoding this must accord with the Rules of Court so as to prevent any obstacles in obtaining the required relief.