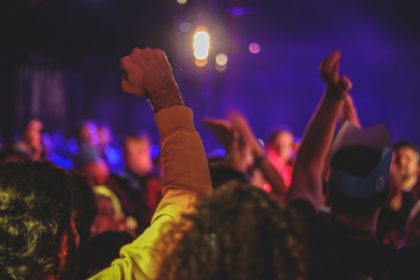 The Defendant was not aware of the First Claimant’s involvement when providing the Reference to the Second Claimant. The Defendant provided the Reference, addressed to the Second Claimant, wherein it confirmed that Barakat was “financially healthy and able to meet his business commitments”, and concluded the Reference with ‘this information is given in strict confidential”. The Reference was however not founded on sound evidence and was inaccurate as Barakat was merely in the process of opening an account and had not deposited any funds as yet into his new account held with the Defendant.

At first instance, the High Court of Justice of England and Wales found that the Defendant owed a duty of care in relation to its Reference to the First Claimant and awarded the First Claimant damages in the amount of £800,000 less 15% to reflect its own negligence in accepting counterfeit cheques. The Defendant, unsatisfied with the court a quo’s decision applied to the Court of Appeal of England and Wales (the “Appeal Court”), where it was successful in that, the Appeal Court overturned the decision at first instance, finding that the Defendant did not owe a duty of care to the First Claimant.

In July 2018, the Claimants approached the Supreme Court of the United Kingdom (the “Supreme Court”) in the hope of overturning the Appeal Court’s decision. The Supreme Court was however not persuaded by the Claimants’ argument that the relationship between the Second Claimant and the Defendant was akin to a contract in respect of which, as an undisclosed principal, the First Claimant was entitled to declare itself and assume the benefits of the contract.

The Supreme Court held that the Defendant did not owe a duty of care to the First Claimant for the following reasons:

The Supreme Court distinguished the landmark case of Hedley Byrne & Co Ltd v Heller & Partners Ltd (1964) AC 495 (HL) (the “Hedley Byrne case”), in which the English courts held that a bank which gave a reference to another bank, and which reference was relied on by the customer of the second bank, owed a duty of care to the customer. The Supreme Court held that the Hedley Byrne case was distinguishable from the case at hand, as in the Hedley Byrne case the bank valued that the client would rely on the statement, while in the matter at hand the Defendant was not aware, and could not reasonably have been aware, that anyone beyond the Second Claimant would be placing any reliance on the Reference.

The Supreme Court emphasised that in order to recover a purely economic loss in a case of negligence, it was fundamental that:

This decision provides guidance for banks when giving credit references in respect of its customers. There is limited risk of liability for negligence to a third-party recipient, like the First Claimant, as long as the bank is not and should not reasonably be aware of the existence of the third party, and the purpose of the reference is not that it should be communicated to and relied upon by the third party.

This case marks a positive development for banks, limiting liability under credit references to identified or identifiable parties. As a matter of practicality, a request for a credit reference should specify that it is being provided only to the recipient.

In addition to the above, the importance of disclaimers in credit references should not be overlooked. Under English law, a disclaimer limiting liability to a named or identifiable class of individuals would normally be upheld. The best practice for banks is still therefore to include a narrowly drafted disclaimer in any credit references to avoid the risk of liability to undisclosed principals.